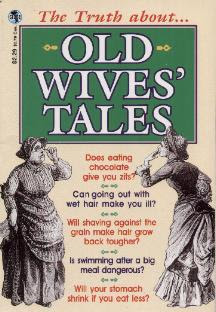 I was sent an awesome article from Katina that she wrote for ZenCollegeLife that needed to be shared with my readers, and I agree. Here are 10 life myth’s that have been de-bunked. It is a good read because I must admit, that I had heard all of them, and believed most of them. To check out more awesome articles, be sure to check out their website. 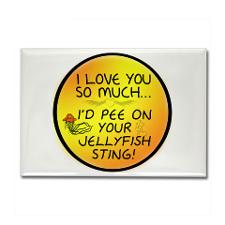 1. The best way to cure a jellyfish sting is to urinate on it
This one must’ve been started by a prankster to liven up a beach visit with their friends. How funny (or gross) would it be to needlessly cause one friend to urinate on the other? That’s the best explanation. In reality, it does nothing to reduce the pain that comes with a sting, as it lacks the chemical makeup. Seawater, on the other hand, is a more productive solution, and vinegar, which contains acid that neutralities the sting, is even better. I have actually heard that the pee makes it worse, and can actually cause an infection. So keep that golden shower away from me!

2. Most body heat is lost through your head
It may have been drilled into your head that it’s most important to cover up your head during the winter months to prevent heat loss. And it may not have seemed all that far-fetched — after all, your face and head tend to feel temperature changes the most. According to scientists, however, you lose about as much heat in your melon as you do in your limbs, so a nice winter coat (two-limb and abdomen coverage), for example, is still way more important than a thick beanie. We can thank the 1950s U.S. military for perpetuating this myth.

3. Going outside with wet hair will get you a cold
Wet hair means a cold head, and to many mamas out there, it’s a sure sign of impending sickness. Of course, you won’t actually acquire a cold or flu because of that — it’s a much more straightforward process. Most commonly, the breaking point is when we inhale airborne viral particles released by a sneeze or cough from a nearby infected person, or touch our mouth, nose or eyes after coming into contact with a contaminated surface. Merely washing your hands is a better preventative measure than blow drying your hair.

4. Feed a cold, starve a fever
A supposed remedy that dates back to the 16th century, starving yourself during a fever defies common sense — like many medical opinions that were formed a few hundred years ago. Obviously, if you’re hungry, you should eat — your body needs energy to fight the fever — but you shouldn’t overeat, as the immune system must maintain its focus on battling the illness.

5. Earthquakes are more likely to occur during hot, dry weather
Anyone who has retained any knowledge from their first geology class should know this one is bunk. Earthquakes are generated by occurrences miles beneath the surface — shifting tectonic plates — and the weather above the surface has absolutely no effect on when they occur. The belief was initially put forth by Aristotle more than 2,300 years ago, when our understanding of natural disasters was primitive at best. The fact of the matter is that you won’t know when an earthquake comes until it comes, and only science can change that.

6. Cracking knuckles causes arthritis
Don’t worry, cracking you knuckles won’t lead to arthritis in your later years. Studies have shown there’s no link between one and the other, but some doctors advise not to do it anyway because of the stress it puts on the ligaments of the finger joints. It’s worth noting that a 1990 study showed that reduced hand strength resulted from 74 habitual knuckle crackers, so, if you can’t get enough of that soothing satisfaction, continue at your own risk.

7. Gum takes seven years to pass through the digestive system
If this were true, colonoscopies would be slightly more interesting. Although the base of your gum is mostly indigestible, as it consists of resins, preservative antioxidizing agents, plasticizing softeners and synthetic elastomers, it eventually passes through — albeit slower — with the rest of your food. But, as with cracking your knuckles, a bit of risk accompanies habitual gum swallowing. Children have suffered gastrointestinal blockages from swallowing too many pieces, causing constipation and the eventual need for it to be removed.

8. If a pregnant woman is carrying low, it’s a boy; if she’s carrying high, it’s a girl
Among the many myths that have arisen through the years pertaining to pregnancy, the position-gender one is the most unfounded. Whether the fetus is being carried high or low depends on the body type and if they’ve given birth before. Tall, skinny women tend to carry higher, and small, fuller-figured women or women who’ve given birth before tend to carry lower due to looser abdominal muscles. There’s only one reliable way to discover the sex of a baby before it sees the light of day — an ultrasound.

9. Shaving hair causes it to grow back darker and thicker
Think about it — does it really make sense to shave a balding area to encourage growth? The belief stems from the fact that shorter hair tends to be tougher and thicker than longer hair, creating the perception there’s more hair in the spot than before. Growth is stimulated beneath the surface of the scalp in the hair follicle, and nothing that’s done above the scalp short of applying Rogaine will bring results. 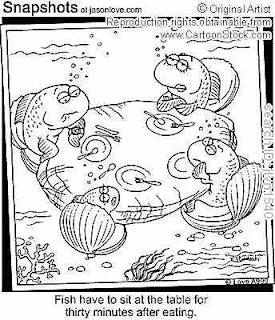 10. Swimming less than an hour after eating causes cramps (and thus causes you to sink)
The thought is that blood rushes to the stomach after eating to aid digestion, leaving your limbs without proper blood flow. The cramps would in turn cause you to sink to the bottom of the pool. Fortunately, our bodies are designed to evenly distribute enough blood to all parts, even after a meal, making it safe for people to eat and swim. Just to be safe, though, be sure to rest a little while after overindulging.