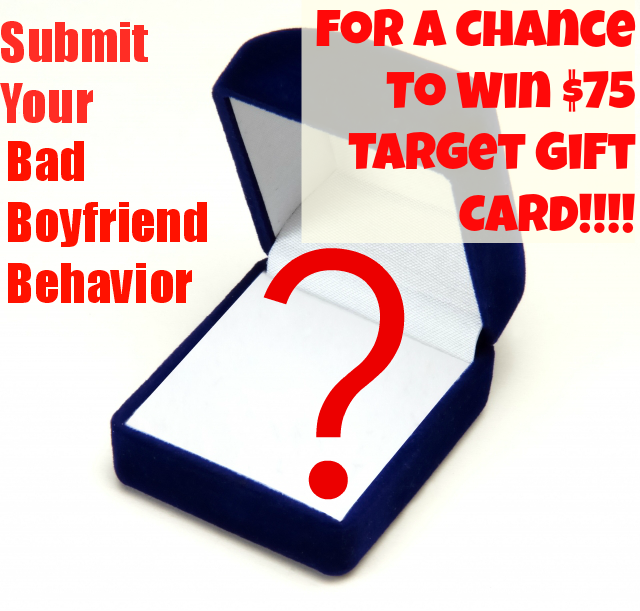 I decided that I was going to contribute to the Love For 30 Project today, but I also wanted to mix it up a bit.

Over the weekend, my best friend and I were talking about marriage and relationships. We know someone who is having a difficult time in her marriage, but we think it is because she married her “drama” boyfriend. We were saying how we were so lucky to have dodged a bullet and not married the “drama” boyfriend from our early 20s. Or “drama” boyfriends’, because it always seems to be more than one while dating.

As we all know from being in our 30s, we are not the same person that we were when we were 21, 22 or even 25. We put up with a lot more when we were younger, and in a way, thrived on all the drama and crap that the unhealthy relationship brought.

So, that is what brings me to my next project. We have all had that dramatic relationship and the boyfriend who was just not good for us. Some of us married him, and some of us didn’t, but we all went through it.

There are so many stories that I can reflect on and some that I can’t because I just don’t remember them. But that is what best friends are for right? As my bf and I were chatting about crappy boyfriend behavior, she reminded me of a story that is so jacked and so ridiculous  I can understand why I did not remember it until she retold the story to me. I can only assume that I blocked it from memory, but once she reminded me, I was laughing so hard that I couldn’t speak because I had forgotten it, and it seemed so outlandish, it was almost like it was made up. But it wasn’t. It was real, and I remember the shock that I felt when it happened and when I relayed the story back to her. This is the story she reminded me.

I was 21-years old and I had been dating this guy for about 6 months. I’ll call him MM. I gave him my virginity so that tells you the seriousness of how I felt about this guy. I really liked him, or at this point, I loved him. It was a very dramatic relationship, but I was so young, I didn’t know it could be any different, so I stayed with him for about two years.

One day he told me that he had a special surprise for me, and he couldn’t wait to give it to me, and he had been working on it all week. I had no idea what it could be. So, I went over to his house, (by his house, I mean his parent’s house because he was still living with them.) MM was all dressed up in a button down shirt, tie and slacks. I had no idea what to expect, but being 21, my mind went wild with possibilities. Could this be it? Could this be a proposal for marriage? I was so excited and nervous at the same time.

MM told me to sit down and suddenly got on one knee. I was so excited, but I also thought it could not be, it was still early in our relationship. Maybe it was a promise ring. I could deal with that. From his pants pocket, MM pulled out a maroon ring box with a button snap and told me to open it. I asked MM what was going on, and he looked at me lovingly and told me to open it.

I opened the box and I could not believe what was inside. Pubes. Did you get that? Pieces of his pubic hair. I just sat there stunned. STUNNED! How could I not be stunned? Who does that? Who puts on a whole production to make a girl feel like something special is going to happen and I open a ring box to find pubic hair inside! I don’t think I can use enough exclamation points to get across the shock I was feeling.

I asked him what the hell I was looking at and he proudly said to me that he shaved his balls for the first time in his life, and by doing so, it was a gift to me.

So yeah, that was a story that I obviously chose to forget, but can laugh at now because it sounds just so ridiculous.

This is what I want to do now. I know that all of us have a story like that, and I want all of you to share. I want to give away a prize to the best, crazy significant other story FROM YOUR 20s! Don’t worry single girls in your 30s, I know that dating in your 30s, is a whole other ball game and I am going to dedicate another prize to that down the road.

So ladies, leave a comment or email me ([email protected]) if you prefer to stay anonymous and tell us your crazy story of dating in your 20s. I will then compile all the comments and put them in another post so that they can get voted on and I will give a prize to the commenter with the most votes.

Now let’s start sharing and laugh at things that are just too crazy to be real, but we’ve all experienced some degree of BBB. (Bad boyfriend behavior!)