Iceland is a land like none other. From ice caves, to glaciers, snorkeling, and the Northern Lights, it’s a spectacle to behold. Adventurers are flocking to Iceland in increasing numbers, thanks largely to the uniqueness of country. There are scores of active volcanos, Geldingadalir foremost among them. It’s a spectacular site. Visitors get to experience a river of blistering-hot lava violently erupting from the crater, as it slow-crawls down the foothills.  The waterfalls of Iceland, the ice caves at Skaftafell and Jokulsarlon Glaciar Lagoon, and the Golden Circle Aurora make for an unforgettable arctic adventure.

We begin our Iceland retreat with a hike through Landmannalaugar. This ideal hiking locale spans a network of resplendent hiking trails through one of the most pristine places on earth. The landscape is a veritable mish-mash of colors, with bright greens, earthy browns, and snow-capped whites. Iceland’s many glacial rivers, and hot springs pepper the fractured landscape. It’s a testament to the incredible diversity of the land. This particular locale is the result of the slow-cooling lava rock knowns as rhyolite. The fabulous array of colors is the direct result of this self-same process.

A sprinkling of mountain huts allows weary travelers to rest and recover.  There are sleeping bags, cooking utensils, showers, and bathrooms for visitors, in each of these huts. Of course, it’s foolhardy to go when the mercury plummets in the winter months. The unforgiving climate takes no prisoners in winter, so stick to the specified dates for safe passage. For those in search of a little warming up, there’s nothing quite as fascinating as a trek through an ancient caldera – of a dormant volcano. Þríhnúkagígur, the dormant volcano is SE of Reykjavik and regarded by many travelers as a must-see attraction. Imagine descending into a magma chamber of a volcano. This one is empty, however.

If all this is proving a little overwhelming (in a good, touristy sort of way), you may want to get a feel for what a seemingly lost island is all about. It’s always fun going on a new adventure, but it can be a little nerve-wracking. The sights and sounds of Iceland are like the stuff of legend. While nothing can compare to being there in person, you can mentally prepare for what it might be like going on an adventure into uncharted territory to Iceland. It’s like the real-life version of playing the great adventure slots like Lost Island and others. Going inside the caldera of the dormant volcano is like a flight through the Bermuda Triangle. Thrill-seekers around the world will relish the prospect of mental preparedness with a few online games to get you in the right frame of mind.

Why does Iceland have so Many Active Volcanoes? 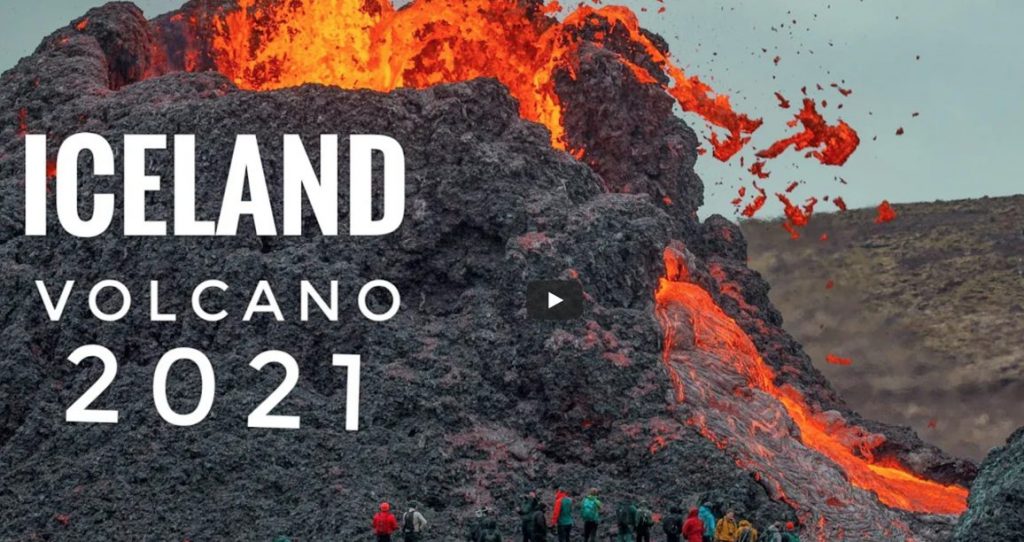 Iceland is an island that is located on the border between Europe and North America.

This island is located between 66 1/2° north and 63° north, with the majority of the population centered around the South Western city of Reykjavík, the capital. Geographically, Iceland is positioned between Greenland, which belongs to Denmark, and Norway, with the closest country being Scotland. The country boasts cooled lava and glacier ice across 10% of the landmass. Since Iceland is located above the mid-Atlantic range, its volcanoes reach ever deeper into the earth, making for an unstable landscape.

Some 33% of all outflows since the 1500s have come from Iceland. With some 200+ volcanoes, there is always volcanic activity going on in this breathtakingly beautiful Scandinavian country. While most of the country is above sea level, 25% of it is below sea level. If you are thinking of visiting, button-up well. The average annual temperature for the capital city is 4°C, and January temperatures average -0.5°C. In summer, the expected temperature is 11°C. It’s always a good idea to dress really warmly, especially with all the rain that falls on the southern slopes of the mountains.