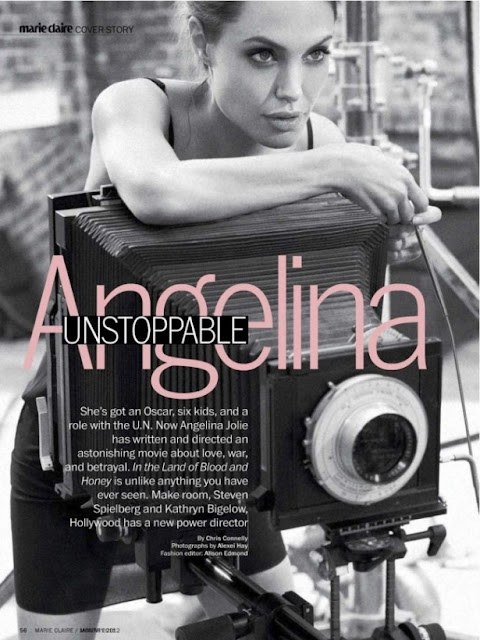 In the January 2012 Marie Claire issue, Angelina Jolie, 36, opens up about her family, her new movie “In the Land of Blood and Honey,” which is her directorial debut and a script that she wrote which revolves around a prisoner of war who is raped by her captor and then falls in love with him. Angelina also opens up about her lack of female friends and family life.

On always being a guy’s girl:
“It was nice for me to play with other girls; I don’t really have girlfriends in movies, if you’ve noticed,” she said.
“Well, I have a few girlfriends, I just… I stay at home a lot. I’m just not very social. I don’t do a lot with them, and I’m very homebound.”

On  being BF’s with Gwen Stefani since 1998:
“Somehow Gwen and I keep ending up pregnant at the exact same time,” Jolie has joked. “All of the kids are very close in age. They’ve attended each other’s birthday parties and gotten together several times at each other’s homes.” 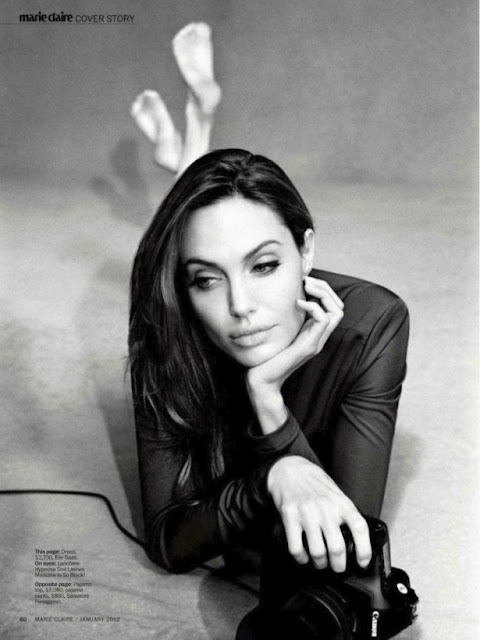 On her long time love Brad Pitt:
“He has expanded my life in ways I never imagined. We built a family. He is not just the love of my life, he is my family. I hold that very dear. I suppose what I’ve learned from Brad is to be able to have the kind of family whose happiness and well-being comes before your own. I’m very, very grateful to have such a loving family, and I wouldn’t have that without him. I have a wonderful partner in Brad and we take turns working always.”

She said they have no plans at the moment for extending their ever-growing brood right now, but who knows what may happen. The couple currently has six children together, three biological and three adopted. 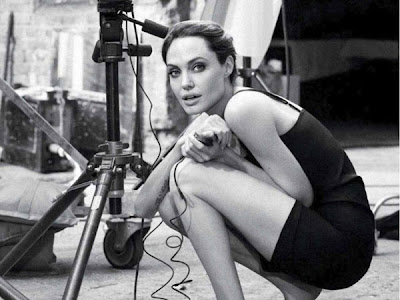 On her son Pax:
“He is extremely wild, but he has a very, very good heart. You know, like those punk rockers – when you really get to know them and they are just pussycats. But at the same time, he is going to get in some kind of trouble.”

On her son Maddox:
“I’ll be doing something and I’ll be frustrated, and he’ll hold my hand and say, ‘Are you feeling tired? Is that why you’re upset?’ Yeah, he really does take care of me.”

On her daughter Vivienne:
“Vivienne is a “girlie girl.” “She is so elegant and delicate. Vivi will pick flowers from the garden and put them in her hair,” said Jolie. “She likes to get her nails done and collects stuffed animals,” she added. “It’s very funny for me to have to buy all things pink and watch princess movies!” 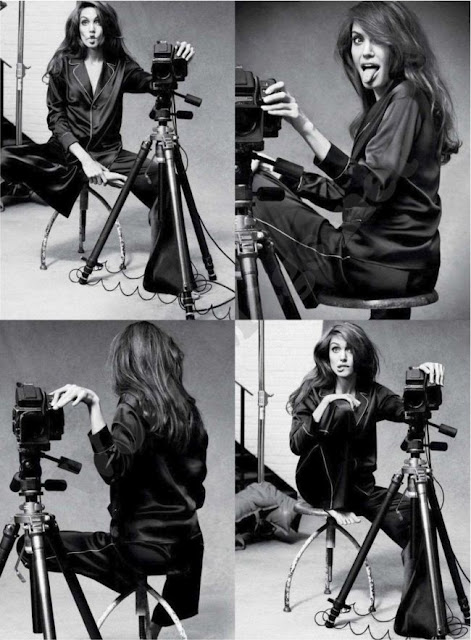 On if she is planning on having another baby:
“Nothing planned at the moment, but we just don’t know. I could end up pregnant.”

On getting alone time with Brad:
“If they see Mommy and Daddy in need of some private time ’cause they’re going to kiss and whatever, the kids get all giggly and happy—because it gives them some security,” Jolie helpfully explains. 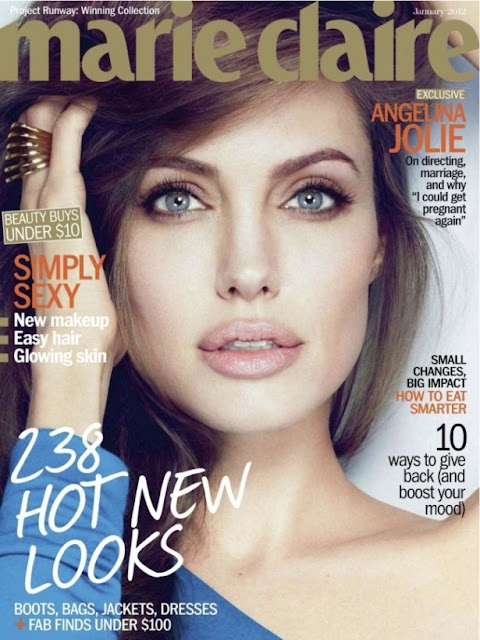