Beyonce, 30, I freakin love her. She is an amazing performer. My best friend told me that a friend she went to highschool with, has been a backup dancer for Beyonce for years, and says that she is the nicest and hardest working woman in show business. I love hearing that because we hear how so many women in the ‘biz’ can be such diva’s once they get some celebrity. I love knowing that she has her feet on the ground, because she could be so stuck up and act like a diva, but she is nice to everyone. It makes me like her even more.
Beyonce is on the cover of Harper Bazaar for November and talks about her marriage and being pregnant. 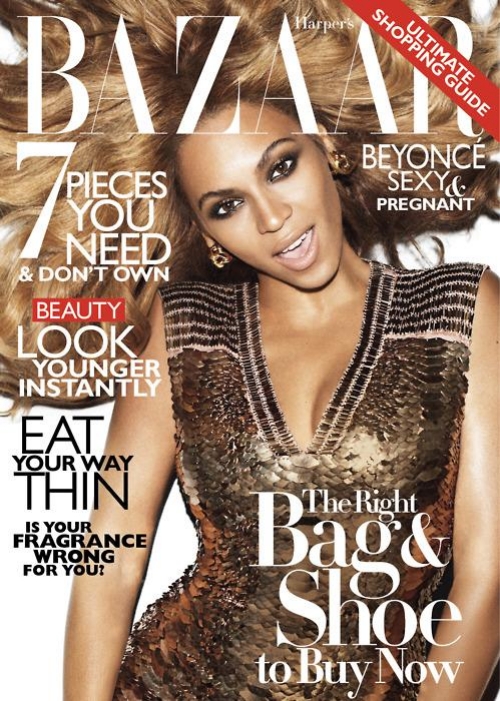 “Typically, when a celebrity announces a pregnancy, a team of publicists and managers is consulted, deals are struck, and photos are carefully leaked. But all it took for Beyoncé to reveal her baby news was a little belly rub at the MTV Video Music Awards this past August—a move that nearly caused the Twittersphere to implode, with tweets about it going out at 8,868 per second, a record for the social-networking site.

That’s not to say that it wasn’t a carefully planned maneuver: “I put a lot of thought into how I wanted to unveil it. It was important to me that I was able to do it myself,” Beyoncé explains. The orange Lanvin caftan she wore for the big moment was the last of an epic near-70 gowns she considered. “I was extremely nervous. It was the toughest red carpet I ever did.

“I didn’t want a crazy picture or gossip story to break the news,” she continues, “so I decided to say nothing and proudly show my baby bump. I felt it was more powerful to see the love and enthusiasm as opposed to saying anything.”

She is reveling in the chance to seek out pieces to complement her new figure and is even at work on a maternity collection to add to the House of Deréon line she produces with her mother, Tina Knowles. “All I see now are clothes that are flattering on a pregnant woman,” she says. “It’s been so exciting for me! I love figuring out designs that still make me feel edgy and sexy while pregnant. Flowy fabrics are always flattering,” she says, “but I still rock my stilettos.

Like everything that Beyoncé undertakes—from her fragrances to her starring role in Clint Eastwood’s upcoming remake of A Star Is Born—this next step into motherhood has been deliberately thought out. “It was important to me that I gave myself time to focus on becoming the woman I want to be, building my empire, my relationship, and my self-worth, before I became a mother,” she says. “Now God has blessed us with the ultimate.”

She and Jay-Z are a deeply committed and extremely private couple, just as happy grabbing pizza in Brooklyn as they are yachting around the Mediterranean. “We have been together since I was 20 years old,” she says. “We took our time and developed an unbreakable friendship before we got married. I admire his ability to inspire others. To me, Jay represents the American dream. Jay’s music has helped define our generation. All that he has overcome and worked to achieve gives millions hope that they can become whatever they want to be. I respect him so much; he is a great man and a great artist.”

In a rare moment of candor about their relationship, she continues: “We focused three years on our marriage and found that it brought us an even stronger bond and connection. But like anything great and successful in your life, marriage takes hard work and sacrifice. It has to be something both you and your husband deeply want. The best thing about marriage is the amount of growth you have because you can no longer hide from your fears and insecurities. There’s someone right there calling you out on your flaws and building you up when you need the support. If you are with the right person, it brings out the best version of you.”

Beyoncé, like her hit single, is ready to run the world. “I am finally at the stage in my life where I am not so concerned with other people’s opinions about my life decisions,” she says. “It is so liberating to really know what I want, what truly makes me happy, what I will not tolerate. I have learned that it is no one else’s job to take care of me but me.” And soon she’ll be taking care of a little B too. 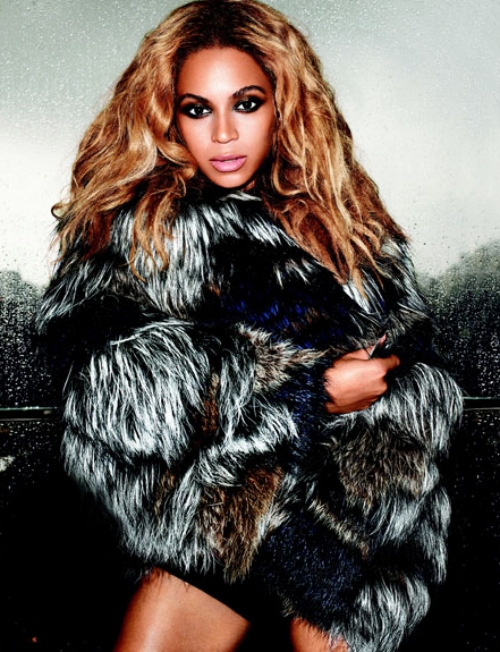 Bazaar: You started working towards your career at age 8. If you could go back in time and give your younger self some advice, what would it be?
Beyoncé: I would tell myself to trust myself. I am finally at the stage in my life where I am not so concerned with other people’s opinions about my life decisions. It is so liberating to really know what I want, what truly makes me happy, what I will not tolerate. When I was younger I had a hard time setting boundaries.

Bazaar: You’ve described yourself as very shy but you seem to radiate confidence. How did you earn it?
Beyoncé: I’m not as shy as I used to be. I’m a good listener and I like to observe and sometimes people think that’s being shy. I think I’m confident because I love what I do and I work very hard.

Bazaar: You are very close with your sister, Solange. How have you avoided having sibling rivalry?
Beyoncé: I think it’s because I have always been the big sister. I am five years older than Solange and just always felt the need to love and protect her. I just never had it in me to fight with my sister. We are very different in what we like and how we do things but those differences added to our friendship. The love I have for her is indescribable.

Bazaar: What have you learned from seeing Solange become a mother at a young age?
Beyoncé: I saw her in a very different light. Suddenly her strength was at the center of who she is. I learned patience and honesty watching her relationship with her son. She added a beautiful human being to our family. My nephew is an unbelievable child. He is smart, inventive and strong. All the things my sister is.

Bazaar: What is the best advice your mother has ever given you?
Beyoncé: She has given me so much advice but the one that stays with me the most is that beauty fades and it’s most important to be beautiful on the inside. She is generous to everyone she meets and has taught my sister and me how important it is to give. 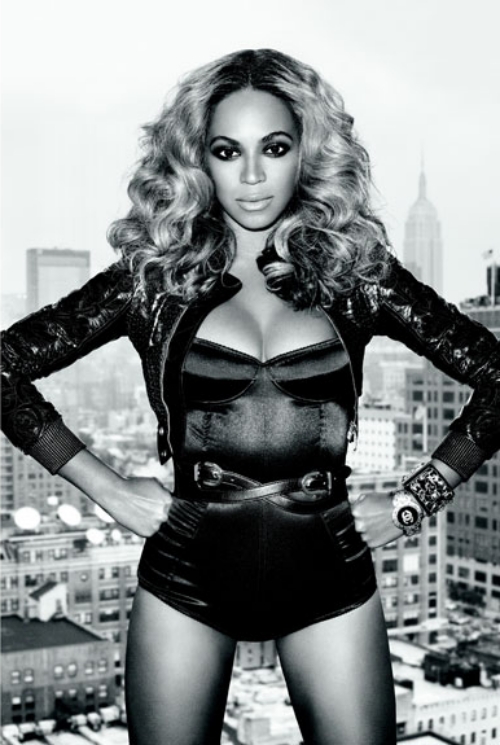 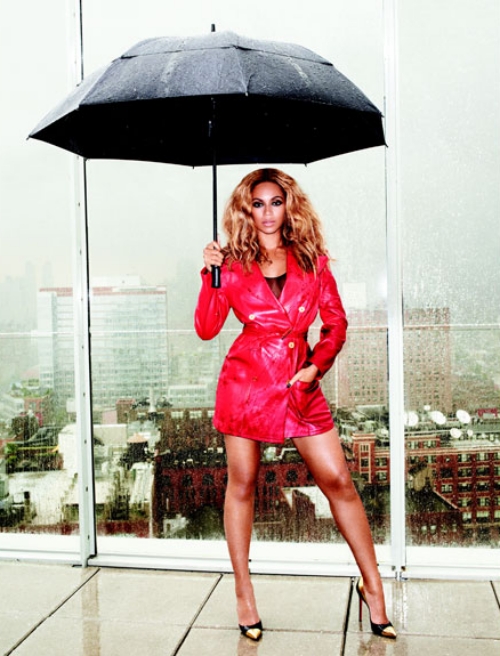 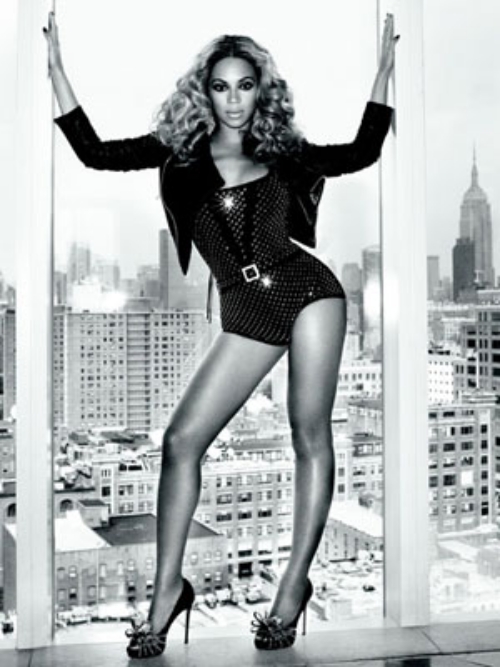 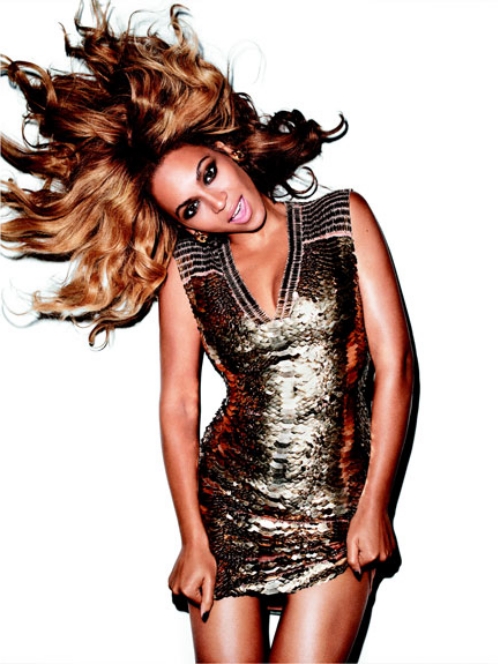