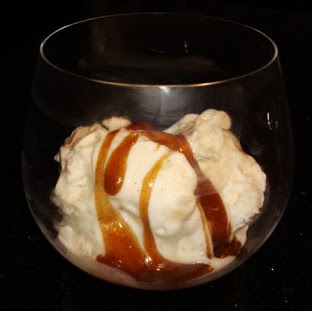 Mmmm, caramel is one of my favorite things. As you can see, most of my recipe posts have caramel somewhere in it. I decided to try out this caramel recipe because it looked so easy. We wanted a little treat and why not make some cinnamon caramel. You can definetly taste the cinnamon, but it was not too overwhelming. Besides, isn’t it a surprising slimming secret?  Too be honest, I didn’t have any vanilla (like I thought I did when I was at the store,) so I replaced it with Grand Marnier and it was some tasty stuff. I think next time I will use vanilla and the Grand Marnier. 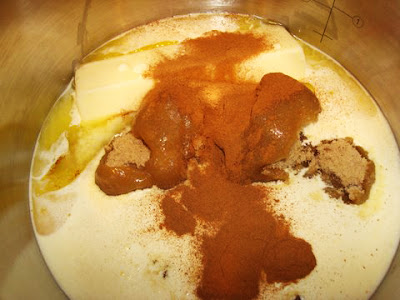 1 cup brown sugar
1/2 cup butter
1/2 cup cream
1 tsp cinnamon
2 tsp vanilla
Combine all ingredients but vanilla in a medium saucepan. Bring to a boil over medium heat, stirring constantly. Boil for 2 minutes. Add vanilla. Let cool for a few minutes. Serve warm with ice cream. Don’t over boil or boil for too long. I let mine cool and to re-heat for the ice cream it accidentally boiled again. It was good when it was warm, but when it cooled again it was a rubbery texture. 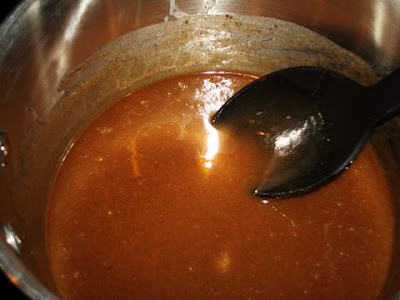 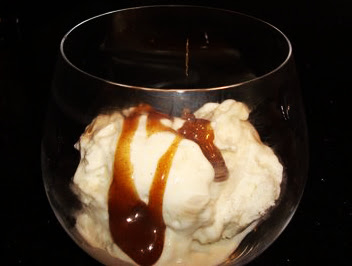