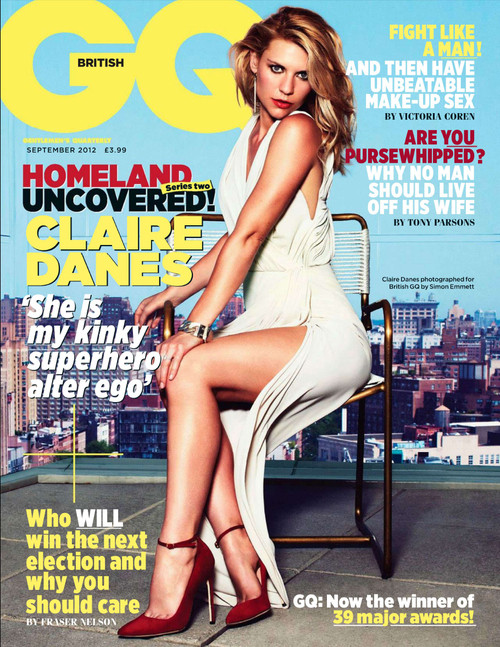 Danes wore a Ralph Lauren Black Label halter maxi dress with Manolo Blahnik shoes, Hermes cuff, and Zena Khan ring. The actress talked about how she turned down the lead role in Titanic, shares more about her Homeland character and being away from her husband while filming in North Carolina:

On her admiration for Carrie Mathison, whom her ‘Homeland’ character is based upon:
“She’s like my kinky superhero alter ego now. Because as disturbed and troubled as she is, she’s always f—ing right. Which is so nice because I so rarely am.”

On turning down the lead role in the blockbuster movie ‘Titanic’:
“I had just made a romantic epic with Leonardo [DiCaprio] – it just seemed redundant to me. The problem is that I always took myself too seriously. Now I realize I should have lightened up. I was a serious kid to an absurd degree. I was overwhelmed with responsibility, trying to play grown up. I overdid it.”

On being away from husband Hugh Dancy while filming ‘Homeland’ in North Carolina:
“It sucks. Seven years, it’s a long-a– time. But every year I’m going to have something really compelling to do.”

On her first memory of acting when she was three-years-old: “I was in pre-nursery,” she told the mag. “It was nap time and I couldn’t nap. I was in my cot, looking at everyone sleeping. I didn’t want to disappoint my teacher. And I remembered I had observed my mother sleeping, and she would twitch. So, to give the impression I was asleep, I twitched. And I remember thinking, ‘Oooh, that’s good. That’s nuanced.’” 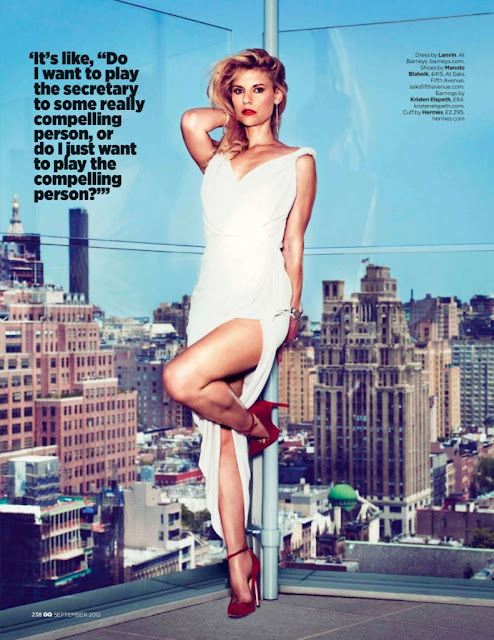