On teenagers growing up in Hollywood today: “When I was younger, I was a little bi
t more restless, but there weren’t as many eyes. There weren’t as many tabloids or the number of cameras that everyone’s armed with. I feel huge sympathy for teenagers who have suddenly found themselves as public figures now, because it just sucks for them.”
On her relationship with husband Hugh Dancy: “Hugh was just the right partner for me. I got very, very lucky. There’s only so much credit you can take when it just sort of works, you know? And obviously we work hard at maintaining our relationship—that is central to both our lives—but at the same time, it’s just this kind of ease that I can’t really account for.”
On waiting to have children: “I’ve always wanted to have kids, but I’m glad I didn’t until now. When I was thinking about [working and being a mother] originally, I was really nervous about it…I think I would make a lousy stay-at-home mom. It just wouldn’t suit me. I feel so fortunate, in that I’ve had this arrow-straight focus…that I wanted to act.”
On meeting President Obama (a fan of Homeland) with her husband Hugh at the White House Correspondent’s dinner: “Hugh was like, ‘We have to meet Obama,’ and we walked over before we could think and found ourselves shaking hands with him. Hugh realized that he’d forgotten to actually properly introduce himself, and he [President Obama] was like, ‘And you are?’ And Hugh was like, ‘I’m sorry, Mr. President.’ I said, ‘I’m Claire Danes,’ and he said, ‘Oh, you’re a fine actress.’ And I said, ‘You’re a fine president!’ And he said, ‘Oh, you’re a finer actress than I am president.’ I didn’t have any retort. Hugh and I went immediately to the bar and had a big shot of vodka.”


See more beautiful photos of Claire after the jump >>>> 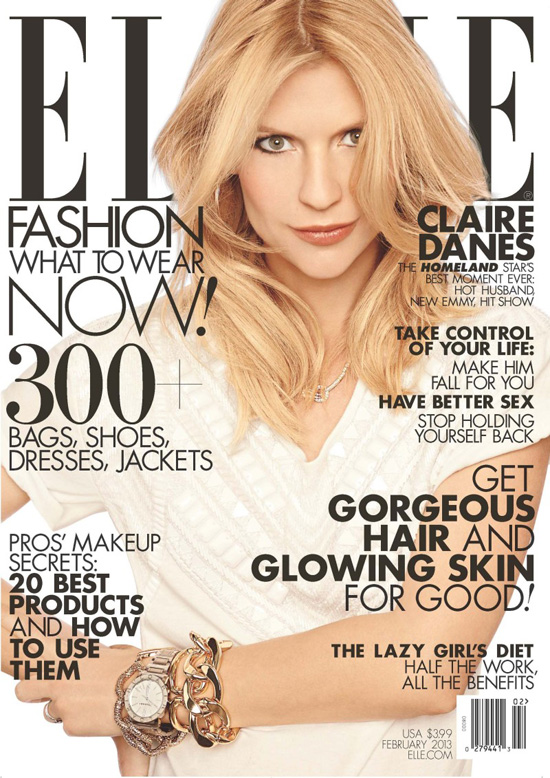