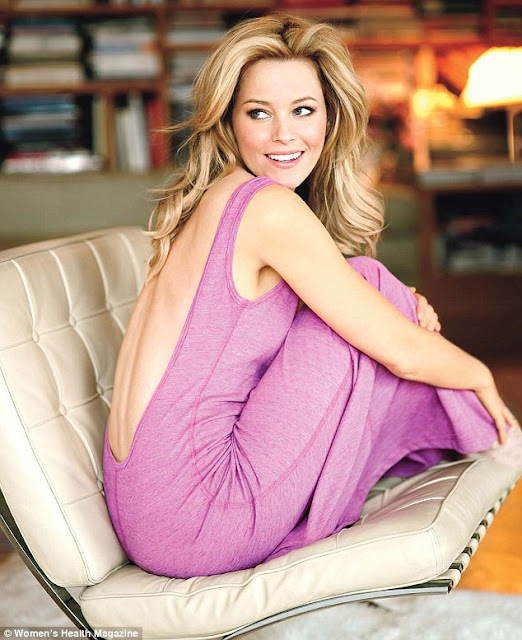 Elizabeth Banks, 37, is an amazing, beautiful, hardworking actress, but looking great does not come easy and she works her butt off, literally. Elizabeth reveals her routine in the March issue of Women’s Health magazine.

In the interview, Elizabeth reveals the secret to her figure, explaining the great lengths she goes to to stay in shape.

“I do this system called TRX. It was developed by a Navy SEAL and is basically a simple cord that you can wrap around something anywhere, anytime, and you use your body weight as resistance,” she explains.

“We installed one in our home gym, but you can also attach it to a tree. It’s very easy to travel with.”

She does, however, let herself indulge in her favorites from time to time. “Pimm’s and ginger ale. Makes me very happy,” she says.

She also reveals her food vices, which include cupcakes, cheese, pesto, bread and cookie dough.

The actress admits that her looks often used to get in the way of getting certain roles.

‘I’m grateful for my career, but there’s a level of dissatisfaction that keeps me going,’ she says. ‘I’m always looking for challenges. I’m open to anything. I get out of the way of all plans.’

Before she became famous, Banks said that she used to do a little bit of modelling, but hardly enjoyed the job.

‘I did a little modeling, almost exclusively for the Petite Sophisticate catalog – not very glamorous. But it paid a lot of bills, and we got go to Miami in the winter,’ she explains.

Banks is about to star in the upcoming surefire hit The Hunger Games as escort tribute Effie Trinket.

She can currently be seen in the thriller Man On A Ledge and is part of the star studded cast of What To Expect When You’re Expecting, which will be released later this year in May.

Elizabeth also just had a baby through a surrogate. Read about that here. 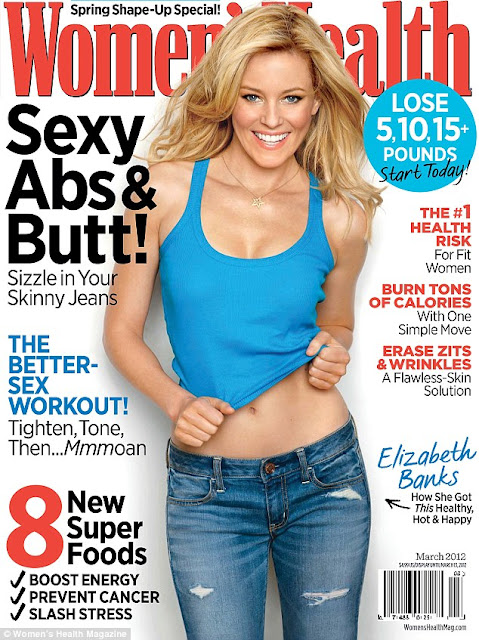 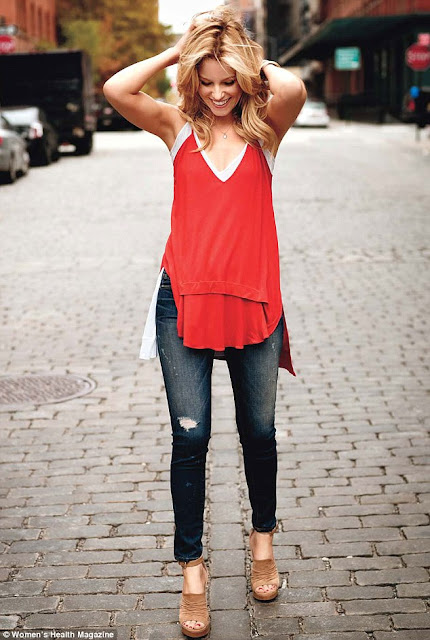