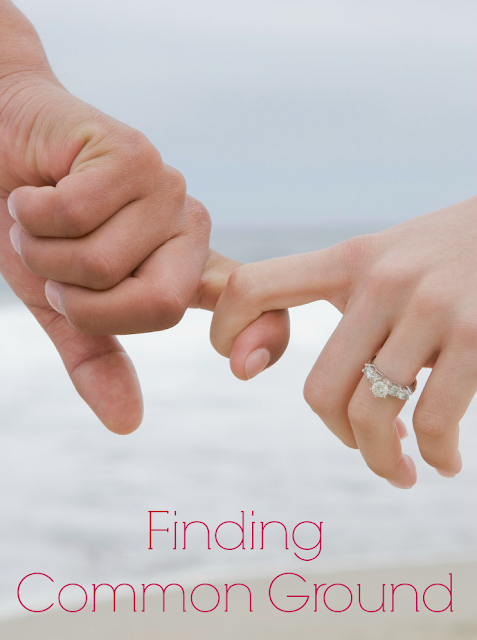 What is the phrase people always use to justify falling in love with someone who is nothing like them? Opposites attract. I don’t have a degree in Psychology nor do I keep up on statistics that could validate or shut down this notion, but I’m tempted to agree. It holds true in my marriage. My husband and I met while I was working in Las Vegas as a massage therapist and he was a college student at The University of Utah. We did have one initial thing in common; we were both physically attracted to one another. Thankfully, we still are. However, the ways that we are alike are significantly outweighed by the ways that we differ. Maybe that’s what makes it work.

When we met, he had already been engaged to someone, had been in quite a few long term relationships and was sexually active. Very sexually active. I had been on a handful of real dates, never wanted to get married and had not been sexually active. I have high school photos if you are interested as to the reasons of that truth. As a teenager, he was on the track team, the football team and the soccer team. I was on the sluff school and smoke team. Is that a thing? He was popular and I hated the word popular. As he reminisced about all the fun he had in high school, I buried all the horrific stories of being bullied and remembered how I had been counting down the days until graduation. I was a smoker and a drinker when we met and he had never smoked a cigarette in his life. He drank beer with a Sprite chaser so it wouldn’t taste so bad. That one still makes me laugh. My husband always knew he would graduate from college and have a career where he made money. Lots of money. Apparently, he has loved money from a young age. His sister told me that as a child, he used to iron his bills and keep them stashed under his bed. He also used his allowance to buy gold bricks and silver coins. I, on the other hand, never considered college as an option, had no clue what I would do with my life and spent my money on clothes and booze. The only thing I ever ironed as a kid was my hair. I openly admit, that wasn’t the best idea I have ever had.

As our relationship progressed, I found many more things that we didn’t have in common and yet we get along famously. He makes me laugh, loves to hold hands and is adamantly opposed to yelling. I appreciate the last one more than you can imagine. We have the same family values and have always made our marriage a priority. It makes up for the fact that he is quite possibly the messiest person I have ever met, has no concept of style and is so cheap that even now, bringing in a good income, he refuses to pay 35 cents for a slice of tomato at a fast food restaurant. Even though it is the only thing he really wants on his cheeseburger. While I don’t consider myself a fashionista, I can put together an outfit if needed, I love a clean house and I have been known to spend money on lots of crap that would send my husband reeling. I’m the spender, he’s the saver, I’m the cleaner, he’s the mess maker, I’m the broke writer, and he is successful business owner. He is the yin to my yang, the peanut butter to my jelly, the cheese to my macaroni and I can’t imagine loving anyone else’s holey underwear more than his. Ever.

Mandy Brasher has been married to her partner in crime for thirteen years and together they have two kids. Since then she has changed diapers, potty trained, worked as a barista and organized events for a non-profit. Mandy loves to travel, cook, do yoga and read blogging and working on writing a book. Follow her sass mouth and unexpected adventures.
Facebook
Twitter: @BrasherMandy
Blog: www.busybeinghappy.blogspot.com