Paula Schulz is a single girl in her 30s, living in New York, who is willing to share her dating experiences. She shares good, the bad, and even the humiliating for My Thirty Spot. Most of you dating in your 30s should be able to relate. I can’t thank Paula enough for spilling to us! 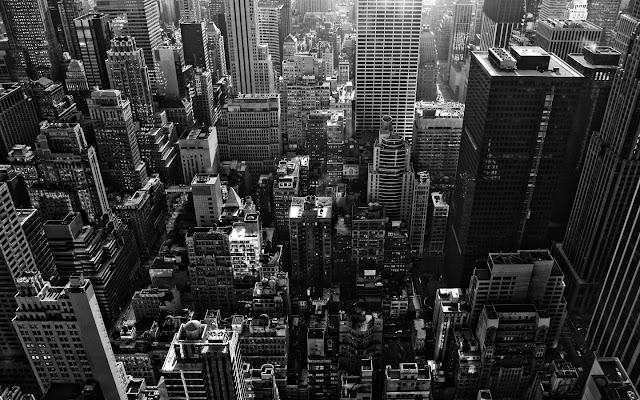 It was a Wednesday afternoon. My professor didn’t show up to class, so I was out on the streets looking to kill some time. A young man happens by and says “Hey, do you work at The Meatball Shop?” Seeing as how we were no where near Brooklyn, I was caught off guard but intrigued. We chatted a bit. He seemed cool and kinda cute, so when he asked me out I said yes.

Does this not sound like the cutest story to tell our grandkids? Really.

I made him write his info down and he gave me his phone number and his email (!) When my room mate googled him I discovered he made something I had pinned on one of my Pinterest boards. Fate! We texted a bit, he talked of the beach and bike rides and how beautiful I was. Our first date was lovely, with oysters and whiskey and fun conversation. He tried to kiss me at the bar, but I turned away. When he invited me back to his place I should have said no, but Williamsburg Loft Curiosity got the better of me. He walked my bike over to his spot, like a perfect gentleman. When we got to his spot his pants were off within 38 seconds of entering the door. OK, I’m exaggerating. He bragged about his mirrored coffee table (!) his tapeless handlebars (!) and dope bar stool collection… but then homie was rea ta go. Ugh. I enjoyed kissing him but there was no way I was sleeping with this dude. I dipped out but we continued to text.

He’d text me in the morning, he’d text me good night. He met me outside of school when I lost my wallet and gave me money for the train. He also made out with me in the rain in front of some of my classmates. At one point I said “This is going to be so fun for the next 3 weeks til I get bored of you” and his response was “I’d like to think this will last longer than that.” (!). He had nicknames for me, like lil gangsta, tinkerbell (!), cutie, beautiful, the sexiest girl in Brooklyn, bike geek… This all sounds wild and romantic and fun, and it was. Let me tell you though, be weary of these expedited flings. Any man that is on your shit that hard is no buen.

After our third our fourth hang out and just as many whiskies he was pretty relentless with the aggressive foreplay. I enjoy a little rough as much as the next girl, but when I see actual finger marks from where you dug in to the fleshy part of my thighs and thumb prints on the side of my chin?? Hello, people at work are asking questions, kid. It’s not like he was reading my cues wrong, cause I was in a band for about a month and the first song I ever covered was Kiss with a Fist. You gotta work your way up to that shit though. I tried to tell him that I really was interested, and that I was obsessed with how he smelled, but it’d be cool if he could calm down a little. I gave him the weekend to chill, and then I emailed on Tuesday. A cute, flirty, light “Miss me? xo” little deal. The response? Oh man.

He went on about how we genuinely had a connection and we truly enjoy each other and we would make a great team, but he’s just not ready. WHAT? He’s on some shit about getting back up down the road. KID MUST BE KIDDING ME RIGHT NOW. I responded that I totally understand, I am insane with finals, I was bummed we couldn’t work it out and that if he wanted to talk I was around. THEN he writes AGAIN to say there’s nothing that can be worked out and that we’ll be in touch. WHAT IN THE ACTUL FUCK? The bruises on my ass lasted longer than this redic courtship.

See, here’s the thing. I am notorious for dating dudes that are psychotically attracted to me. I call in obsessive sociopaths that want to scandalize me. They always seem like a good time at first, but then they realize I am this vibrant loving creature they can’t bear to harm and they self destruct. It’s a total nightmare. I am typically bored by standard guys. I once abandoned a totally adorable, complete gentleman who was cuban and fantastic in bed because one night on our walk home there was a mirror on the sidewalk that I wanted to reclaim and he said “…but that’s someone’s garbage.” Furthermore, when I broke it off with him, I did what every self respecting adult does : I just stopped returning his calls! None of this “We’d be amazing together someday, just not now” nonsense. So weird.

I have astonishingly low standards for a woman of my caliber. I don’t care where you come from, how much money you have or if you’re a total nerd. All I really want is someone who makes me laugh, has my back and gives amazing makeouts. I even like short guys!! You can be broke, 5’4″ and work at the coffee shop and I’ll still fall in love with you if you are funny, have a full head of hair and great style. All you have to do is think I hung the moon. My favorite dates weren’t even dates at all. Chilling in the sun watching him skate down Broadway. Tater tots at Criff Dog. Sitting on the steps of the Post Office on 8th ave. drinking coffee and watching the day. Riding bikes through Greenpoint and eating whoopie pies in the park. Free comedy and PBR’s. It’s so god damn easy!!

Speaking of good “dates” that reminds me of the time I spent the day with a good friend for his birthday. It was amazing. Our buddy has a car, so he drove us all over the city. We played basketball, got FroYo, had a general great time. Driving over the Williamsburg Bridge during sunset while holding your hand and listening to Huey Lewis and the News!? You are IN. And yet somehow as soon as we were alone he shoved his tongue down my throat like an animal and had no sense of grace. Where are the damn letters and sodas, Liz Phair!?

With all this bullshit you’d think I’d be completely over dating, but in fact it is the opposite. I am a hopeless romantic who is emotionally unavailable and always looking for an adventure. I want to be swept off my feet and fawned over and loved to bits, but only for a few months til I get bored. My current crush lives on my floor and is SO CUTE and has the SEXIEST VOICE and he is a total sweetheart and carried my boxes when I moved in… but he’s so attractive to me that I nervously giggle and run away every time I’m in his presence. Literally. The other night we were both meeting the take out guys outside to get our dinner, and I physically ran to the elevator so I could get in alone and not have to be stuck in that tiny, hot, sexy space with him and my bag of french fries. I am an elusive mythical creature, or so I’ve been told.

So yes, I got dumped by email. (Does he even realize how hot springtime make outs are with me!? Does he not want to witness my bikini clad body frolicking with him in the ocean?? Moron.) But don’t worry. The SAME EXACT DAY a new gentleman was on the rush hour train with me. He spied my student I.D. hanging from my neck, googled me so he could contact me and told me how beautiful I was and that I made his day. AND followed me on Twitter.

There’s always a new weirdo waiting to fuck you over in New York City! Wear a condom, friends.