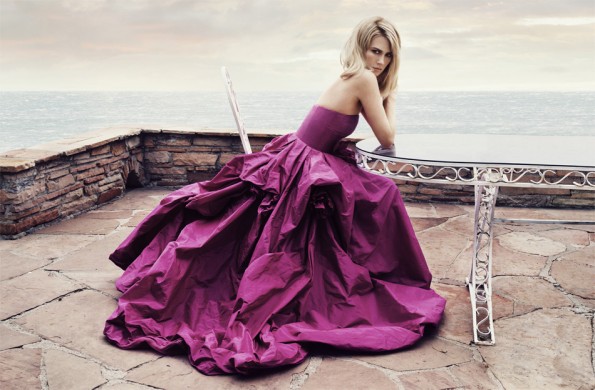 I love Mad Men. I really look forward to it every Sunday. It took my husband and I awhile to get on the bandwagon, so last summer we rented all the seasons to see what all the fuss was about. We were hooked. We watched all 4 seasons within a few weeks. We could not wait for this season so start and now it is a weekly ritual to make sure we don’t miss a minute.

I have a love/hate relationship with January Jones’ character Betty. She really is such a Bitch, but yet, she is so glamourous and beautiful.

January Jones, 35, does not do interviews very often, she likes to stay out of the media for the most part. However, January did an online spread with the online magazine The Edit. January is very candid and talks about her career on Mad Men and being a Mom.

Why she stays off social media: “As an actor, if people know too many things about you they won’t believe you in a certain character. You don’t want people to have a preconceived idea of who you are.”

On keeping her son’s father a secret: “It’s just not something the public needs to know. I don’t divulge my sexual preferences. There are parts of your life – no matter what your job – that should remain private. When I was starting out, other actors advised me to keep certain things close to the vest. When you become a public figure people want to know everything about you, and then [they] pick it apart – it becomes negative. When my son asks those questions, I want him to [hear it from me]. I don’t want him to be able to Google it.”

Being pregnant: It was the “most healthy and peaceful I have ever felt”, and she can’t imagine parenthood any other way. “I don’t have room for anything else, so I don’t know how I would have done it with a partner. I knew I would be raising my son alone. It was something I went in to knowingly, I was prepared mentally – and I was excited about it.”

Starting off as a model: “I didn’t like modeling. The greatest thing I took from [it] was self-appreciation: I was good at dealing with disappointment. You go on 10 go-sees a day, so when I got to LA and started auditioning, I was used to rejection.”

When ‘Mad Men’ ends: “It will be very sad. We are all so close that we will keep in touch, but I don’t think we will ever have this kind of experience again – from the relationships we’ve made to the success we have had, to the cultural impact [of the show].”

Betty in the end: “I am supposed to say I’d like Betty to find happiness or end up with Don, but I think that would be unrealistic. People just don’t end up with the happily ever after, you have your good and bad days. I am not sure Betty is the type of person who, when faced with what would make her happy, would be able to recognize it.”

Check out her beautiful pics after the jump >>> 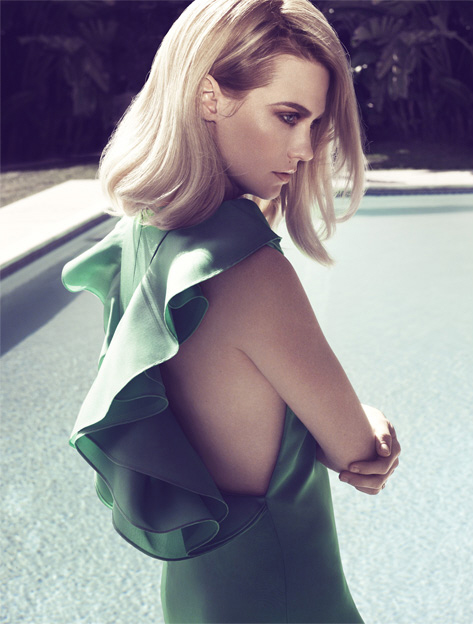 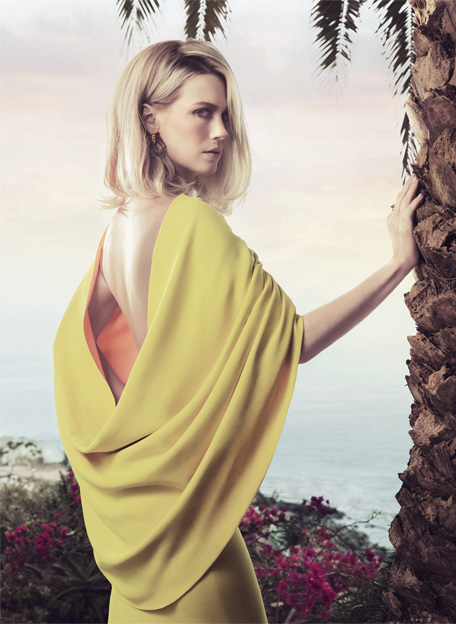 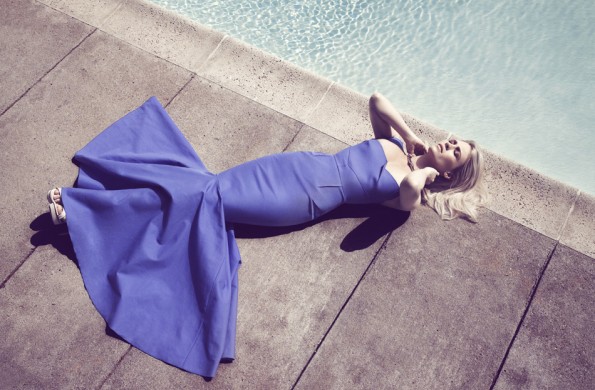