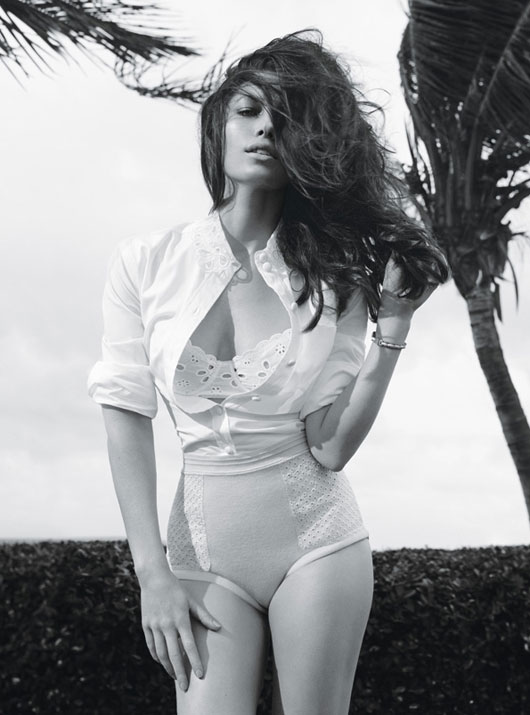 Jessica Biel, 30, is on the cover of April ‘s W Magazine looking stunning in a vintage swimsuit photoshoot. In the interview, she opens up about how she started acting, her rebellious years and her upcoming movie, ‘Total Recall’ with Kate Beckinsale.

What’s the first movie you remember seeing? The Goonies. I never identified with girls, and the cast was all boys. Girls were nervous about going into caves; they were scaredy-cats—and I wasn’t into that at all. I loved the idea of being with a crew and having an adventure. I was really interested in pits full of snakes.

Were you raised to be sort of anti-girly? Somewhat. We lived in Colorado, and my parents were outdoorsy mountain people. My father would always say, “Go out and don’t come back until you have something to show me.” Which meant he wanted me to come back with a scraped knee or an injury. When I went out to play, I felt like I’d better get hurt.

Did you have Barbies? I did, but it was always, “Let’s play sex with Barbies!” My Barbies were usually naked. Once, I took their heads off, cut their hair, drew on their short, spiky hair with some markers, then stuck the heads on Christmas lights. Every year, we’d string our tree with those Barbie heads. It looked demonic. My parents were so cool—they saw it as a form of self-expression.

You began acting when you were very young. How did you get started? When I was 11, I was in a competition sponsored by the International Modeling and Talent Association. You paid a certain amount of money and they taught you to walk a runway, present a comedic monologue, a dramatic monologue, a dance routine, and a song. My runway look was a one-piece bathing suit, a top hat, and a bow tie. The competition was in L.A., and afterward I got a manager and an agent. I tried out for a billion things, and after three years, I was cast on the show 7th Heaven.

That television series, which ran for 11 years, was known for its wholesome, all-American, quasi-­religious message. The parents were literally and figuratively blond and blue-eyed. It always seemed to me that, physically, you looked like you belonged in another family. Looking back I can see that, but at the time I literally didn’t care if I was the wrong race or wrong gender; I wanted that part. I wanted any part. And that show was fun. I was a basketball player who was going through all the stuff that a 14-year-old goes through, which is, as you know, completely psychotic.

Did you rebel in your teens? I cut my hair supershort and dyed it blonde. I had to apologize to Aaron Spelling [the producer] for doing that. He wasn’t happy. When I turned 17 or 18, a really obnoxious friend sent a stripper to the set. I had to apologize for that too. The show was all about family values, and they took that position seriously. I was always apologizing.

You left the show before it ended and went to college at Tufts, in Massachusetts. Did you think about quitting acting? Not really—I was always connected to the business. I came back to L.A. after a year and a half and auditioned for The Texas Chainsaw Massacre. That shook me up in a really good way.

I think that’s when audiences first saw you as a beautiful but very physical girl. It’s hard to be both.
I’ve always been physical. I have no concept of what life is like without physical activity.

Are you fearless?
Not completely. But I do like a good fight scene.


In Total Recall, your latest film, out this summer, you have a girl-on-girl battle royal with Kate Beckinsale. How was that? Fun—so fun! Our fight scene isn’t overtly sexy: just two trained fighters who happen to be women kicking the shit out of each other. It could be two dudes, but we just happened to have long hair and boobs and…other things [laughs].

Is this your first girl-on-girl action? Yes. Kate and I usually fight men in movies, and when you knock into a man, he doesn’t care. But every two seconds, Kate and I were saying, “I’m so sorry—are you okay?” We were both so nervous about fighting another woman. Which is strange, because I have no problem fighting with a guy. In truth, I like doing anything that requires breaking a sweat.


You seem to have a pretty healthy approach to life. Which is interesting, because in ­Hollywood, people tend to gravitate toward the dark rather than the light. No one admits to being healthy.
I know. I think I need to destroy my reputation. This whole I’m outdoorsy, I’m really healthy—it’s too squeaky-clean [laughs]. That’s going to be my new thing: Go dark and unhealthy. It’s time to be very, very bad. 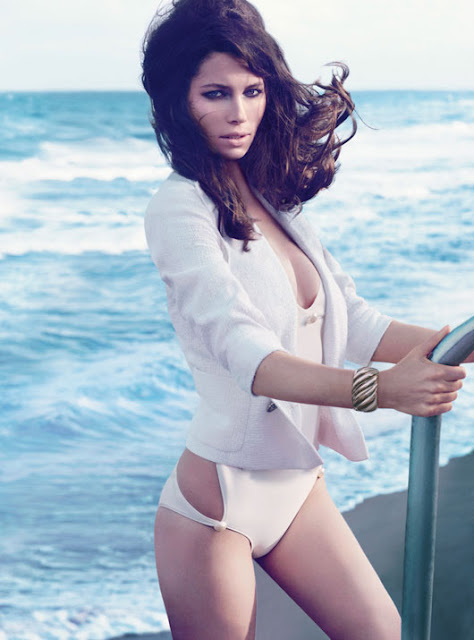 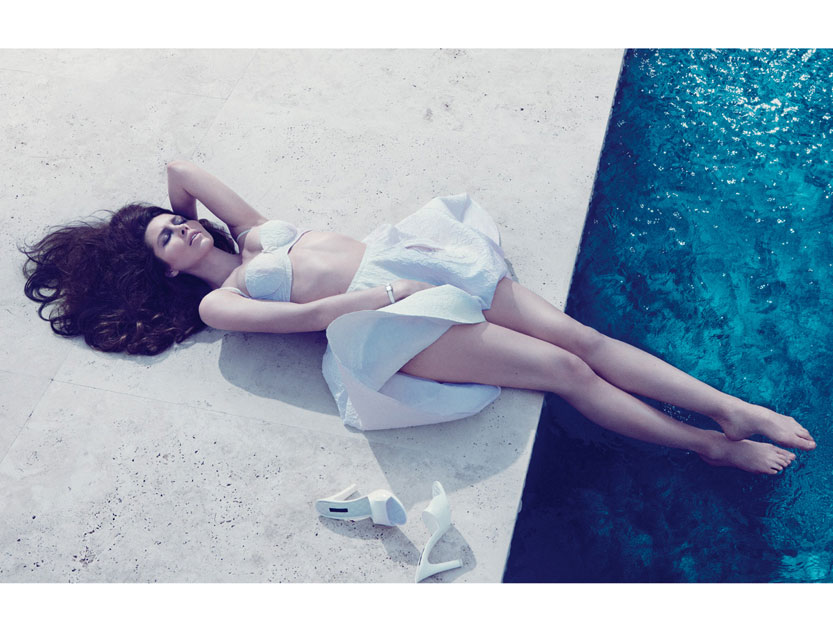 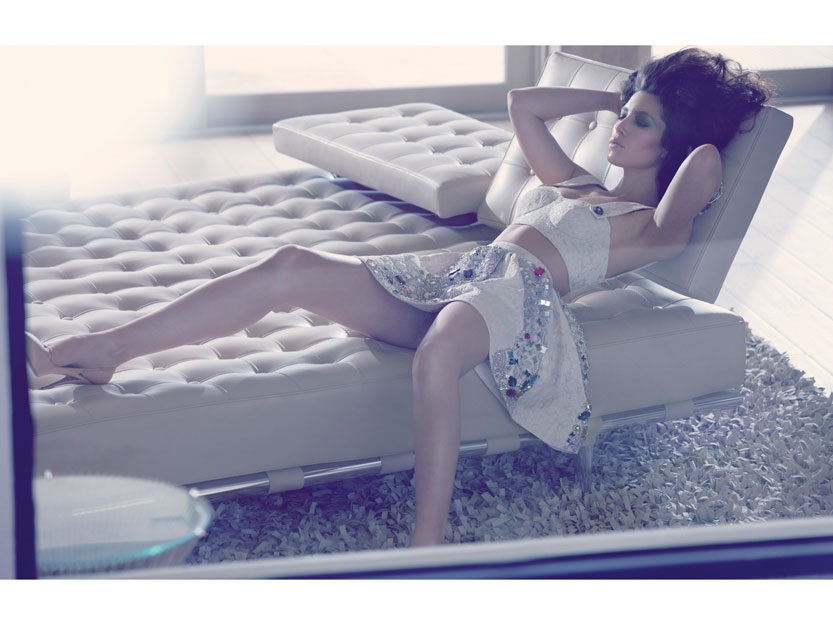 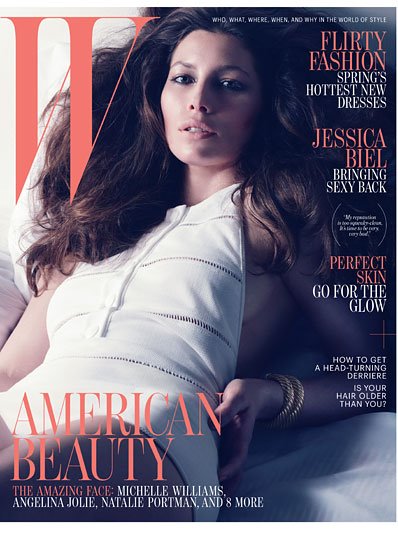