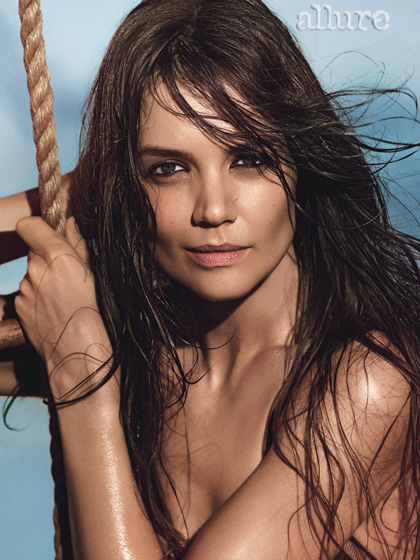 Katie Holmes, 34, covers the April issue of Allure magazine. I have always liked Katie and I always thought it was the oddest situation with her and Tom Cruise. She seems a lot happier now that he is out of her life, and I also thinks she looks a lot healthier and beautiful.

Katie reveals a lot about where her life and career is headed and being a mom to a very influential little girl. Check out some of the interview below and her beautiful photos:

Her future plans: “I hope this is a peaceful year for a lot of people in the world. When you look back on the last year, there were a lot of tragedies—Hurricane Sandy, the Connecticut shooting. I…I just hope it’s a good year for everyone.” You included? Holmes smiles, then is quiet for a few beats. “A lot of people have gone through a lot of stuff.”
Will she have more kids? “I don’t know. I’m open to it.”
She is now the face & co-owner of Alterna Haircare and the face of Bobbi Brown cosmetics: “I’ve been a fan of her makeup for so many years, because I just feel comfortable putting it on. And I don’t feel like I can screw it up.”
She was into supermodels: “Growing up, I was really into the supermodels. I would listen to RuPaul’s ‘You Better Work.’”
Suri chooses her own clothes: Suri is picking the wee high heels and feminine dresses herself. “She’s got a great eye, she really does,” Holmes says, with a hint of pride.
The best beauty advice Holmes got from her mother: “She said, ‘You may be pretty, and you may be talented, but nobody will remember that if you’re mean.’”
Law school? When asked about a National Enquirer report that Holmes might be going to law school, she is tickled. “Well, my brother and father are attorneys, and—we’ll see. I like the practical thinking of attorneys.”
Doing the now-closed play Dead Accounts: “I was open to – well, to whoever wanted me. But it was always my goal to make it back to the stage.” 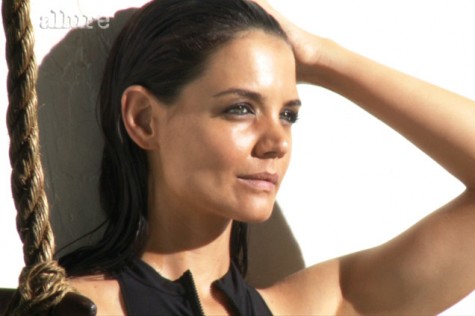 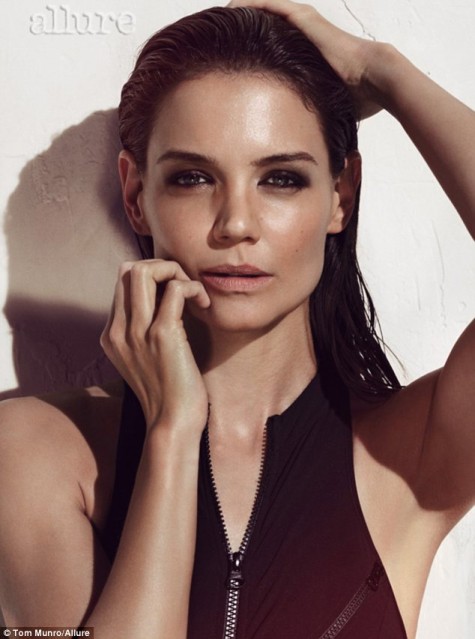 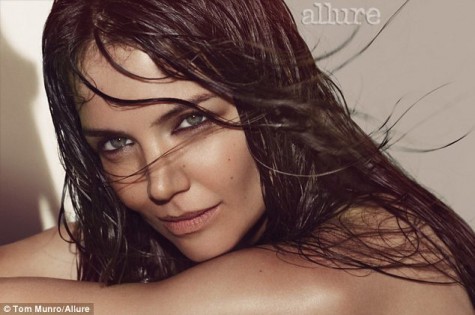 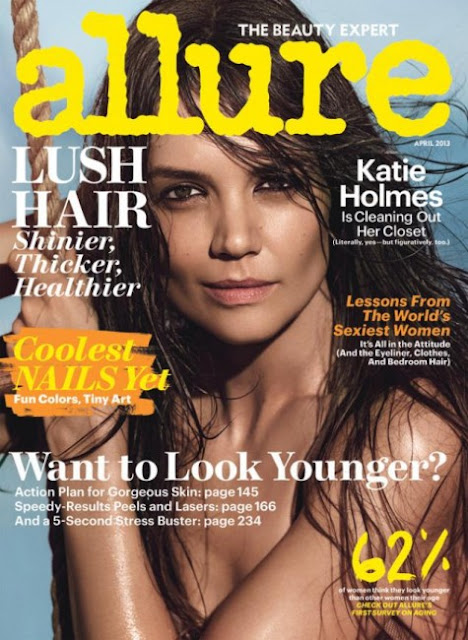