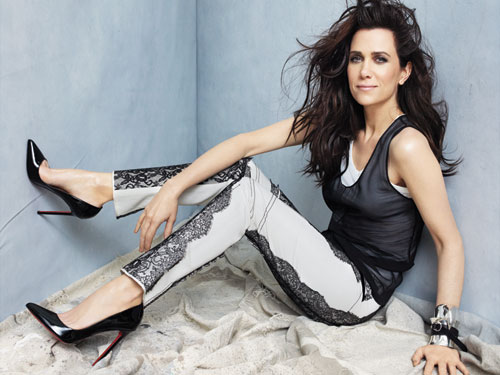 I love this chick. Kristen Wiig, 38, is on the cover of the August issue of Marie Claire and looks fab in all of her shots. I miss her already on ‘SNL’ and she may be one of the main reasons I turned on the show each week. It will be hard to replace her. I am excited to see how she is going to ‘Bring It’ on the big screen next. Gotta love “Bridesmaids.” Kristen is a real woman who has a sense of humor and still knows how to party. Kristen reveals in her interview that the morning after farewell party and woke up the next morning to find something “ ‘hard and small’ in her mouth,” which turned out to be part of one of her teeth. When you forget about chipping your tooth from partying too hard the night before, you know you’ve succeeded.

On moving to NYC for SNL back in 2005: Wiig came to New York from Southern California in autumn 2005 to join the cast of Saturday Night Live, bringing with her a handful of impressions (Drew Barrymore, Björk, Jessica Simpson), a few characters she’d developed while with the influential Los Angeles improvisation group The Groundlings, and a secret fear that she’d soon be run out of town on a rail. “I remember being so scared,” she says, “that after I was done with those characters—if they made it on the show—that I wouldn’t have any other ideas.”

On her boyfriend, Strokes drummer Fabrizio Moretti: Not overly inclined toward personal revelation—”I am shyer than most people think”—the 38-year-old Wiig states it plain nonetheless: “I will say that I’m happier than I’ve ever been,” she says, “and I feel very lucky right now.” Why? “Where I am now. Who he is. Those are the two big ones.”

On leaving ‘SNL’: As we chat, it’s been little more than 100 hours since Wiig’s final show as a cast member on SNL, capping a seven-season run that made her a deeply beloved comedic star. “I know a lot of people probably assume, ‘Oh, she’s leaving because she is going to be doing movies now and things like that,’ which I will be,” she notes. “But I just always knew it was going to be seven and that was it. I think maybe if I were 22, I could see myself staying a little bit, but it just felt like the right time.”

Still, “it was very emotional,” she says, nursing a double-shot cappuccino. “I just wanted to get through it without breaking down in every sketch. Because nothing says comedy like breaking down.”

On her final ‘SNL’ scene, where Mick Jagger serenaded her: “It was a very surreal moment,” she says. “You have all this stuff going on in your head, like, ‘I can’t believe seven years has gone by, and I’m going to miss all these people.’ And I’m like, ‘Oh, by the way, Mick Jagger is to my right, and I just danced a waltz with him.’ So there’s that.” 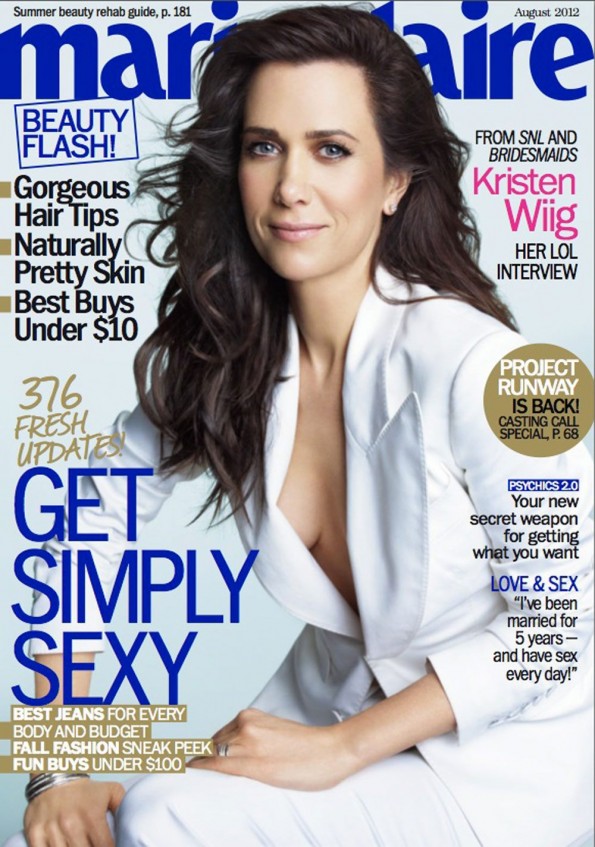 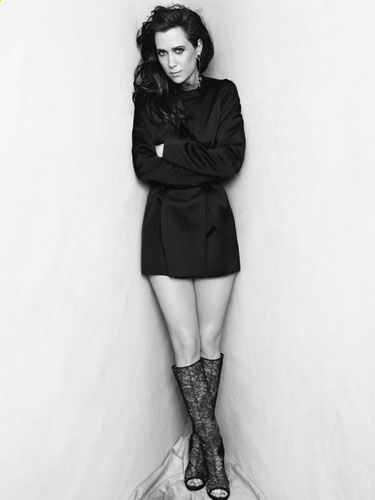 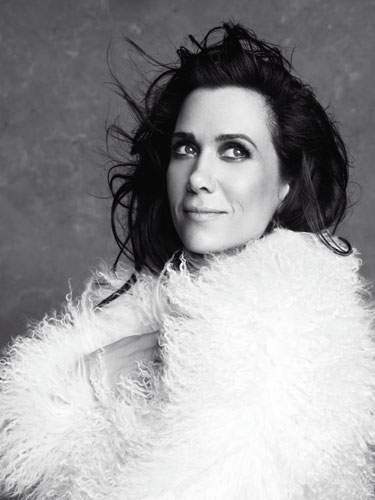