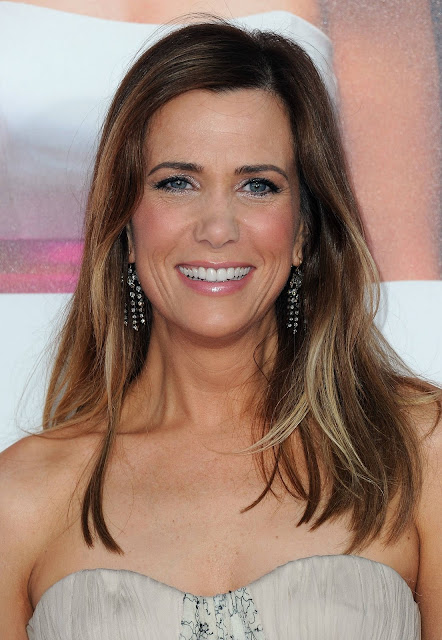 GQ has named “Bridesmads” star and co-writer Kristen Wiig, 38, as its “Bro the Year” in its annual Men of the Year issue — and enlisted her “Bridesmaids” co-star, Jon Hamm, to pay tribute to the “Saturday Night Live” star.

For a lot of comics, there’s a persona they’re not comfortable revealing unless they’re performing. Kristen is incredibly shy; she has her hoodie pulled up and her sleeves pulled over her hands. But this is a woman who wore coconuts on her tits on SNL; she can go to the craziest, most grotesque places on the planet in character. Kristen came late to performing, and the way she rose through the ranks speaks both to her drive and to her wild talent. The first time I noticed her was watching the SNL sketch “Lady Business.” Kristen’s line was “I’m a bitch in the boardroom, a bore in the bedroom, and I’m a bear on the toilet,” which she delivered with over-the-top seriousness. I thought, “My God, this girl is funny.”