Self esteem, or lack there of can affect women of any age. From young to old, to kids to adults. It is something that we hold on to and can carry from grade school into adulthood.

When I found out that I was pregnant, I was ecstatic. When I found out I was having a girl, my first emotion was elation. Immediately after that feeling I had the feeling of fear. Fear that as a girl, she would go through some specific hardships throughout her life. I had fear for her that she would have a tough time in school as I did and was bullied. I feared for her that she wouldn’t know how wonderful she is. I feared for her that people around her or the media or celebrity culture would make her not feel so good about herself. I feared she would have low self-esteem.

I vowed that I would do everything in my power to run that fine line between teaching her to have good self esteem and still have a good head on her shoulders. And it starts with me. I vowed that I would always be a role model for her. I would always show her from example that it isn’t just about looks and appearance but that she can be anything she wants, do anything she wants and that no matter what, she is worth more. 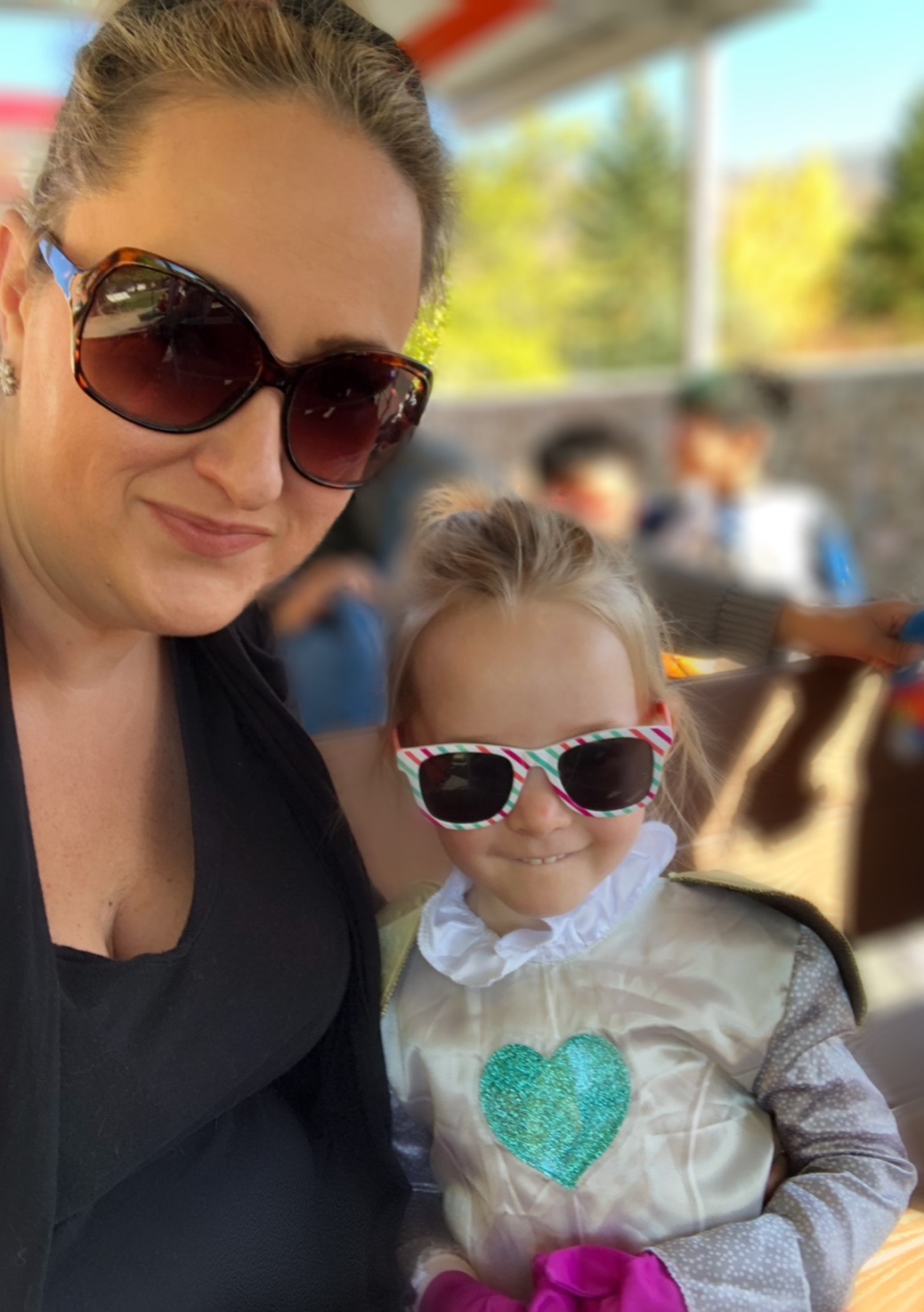 I want to be the role model like the one that helped me in those oh, so awkward years. When I was in jr. high, I was beyond awkward. One summer our family finally had a family reunion. It had been so long since I had seen a lot of my family, and I was at the age where I met some family members for the first time. 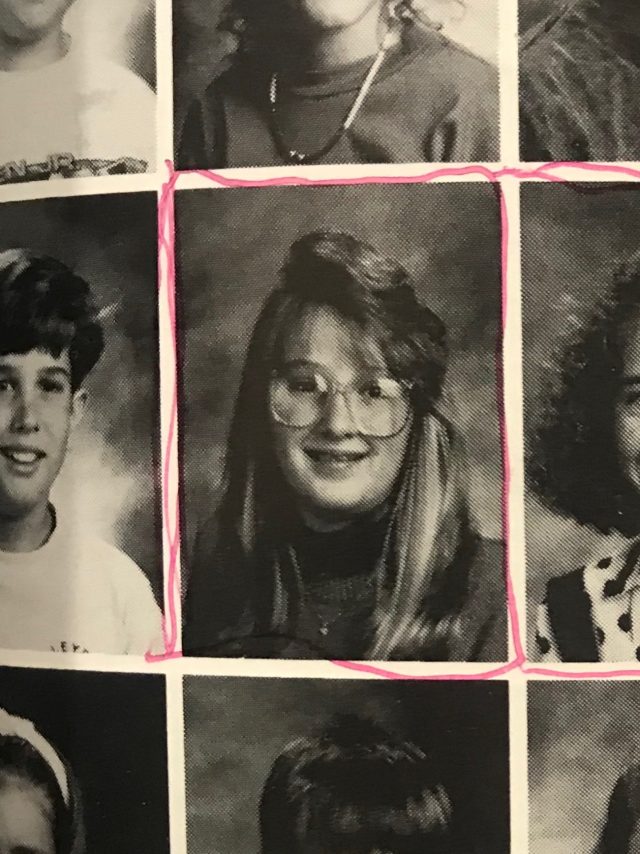 I recall meeting one of my second cousins and I thought she was absolutely beautiful. She was in her mid-20s, had graduated college and was a police officer. I was in awe of her. I was shy and obviously did not have much self esteem. I had the braces and the large glasses and huge bangs. I didn’t have the courage to talk to her so I just watched her and hoped that some of her awesome-ness was hereditary. 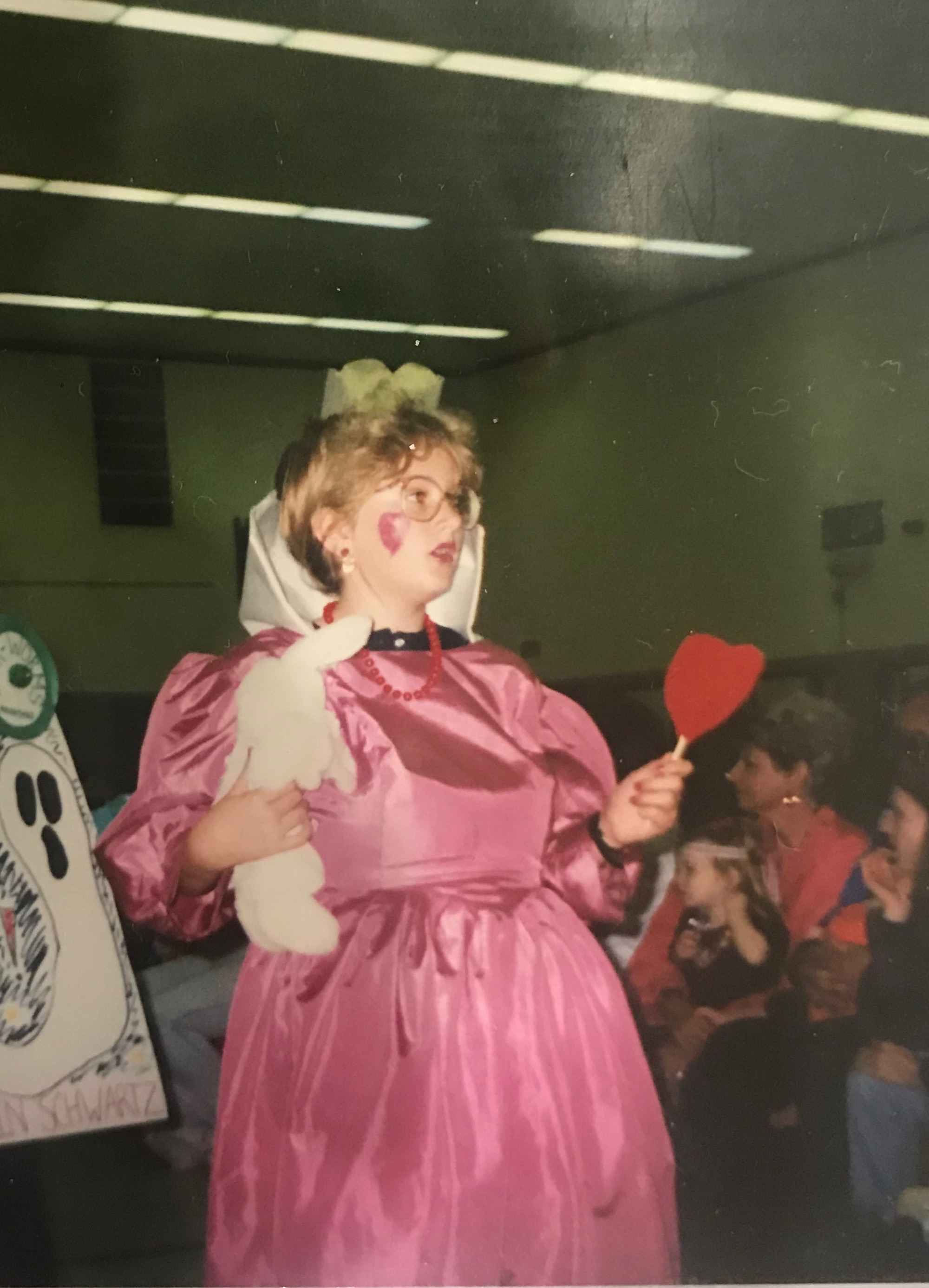 I was surprised when she sought me out to introduce herself. She was so nice, it kinda surprised me because she was so beautiful, why would she make time for me. She said that she was so happy to meet me and that she knows what it feels like to go through jr.high and not be so popular. I thought, “there is no way you were not popular, you are so fun and pretty!” She told me some funny stories about her school days and that she also had glasses and braces and knew exactly how much I hated them! She was so sweet and made me realize that this was just a phase, that she went through the same thing and that it is just temporary. I can’t remember all that she said since it was so long ago, but it wasn’t about that, it was what she said and how it made me feel that left an impression once that I can still remember after all these years. Just a small conversation with someone who really made an impact on my life and knowing I could do anything like she did.

I want to be that role model for my daughter. I will do the best I can to boost her self image. I want to be for her what my cousin was to me, to let her know she can do everything and anything and that we all have that awkward phase or feelings. I also have some help in my back pocket. Fry’s (Kroger) is partnering with Dove to support the Dove Self-Esteem Project, helping young people build their self-esteem though educational resources and programs.

Dove is dedicated to the “Hour With Her” initiative and discuss how spending ‘an hour with her’ can boost a girls self-esteem for a lifetime. From workshops to at-home activities, see all the ways women and girls are spending an #HourWithHer and the Dove Self-Esteem Project. If you’re looking for help or more info to do this with a young woman you know, you can download their free resources, spend an #HourWithHer, and together we will help every girl reach her full potential. 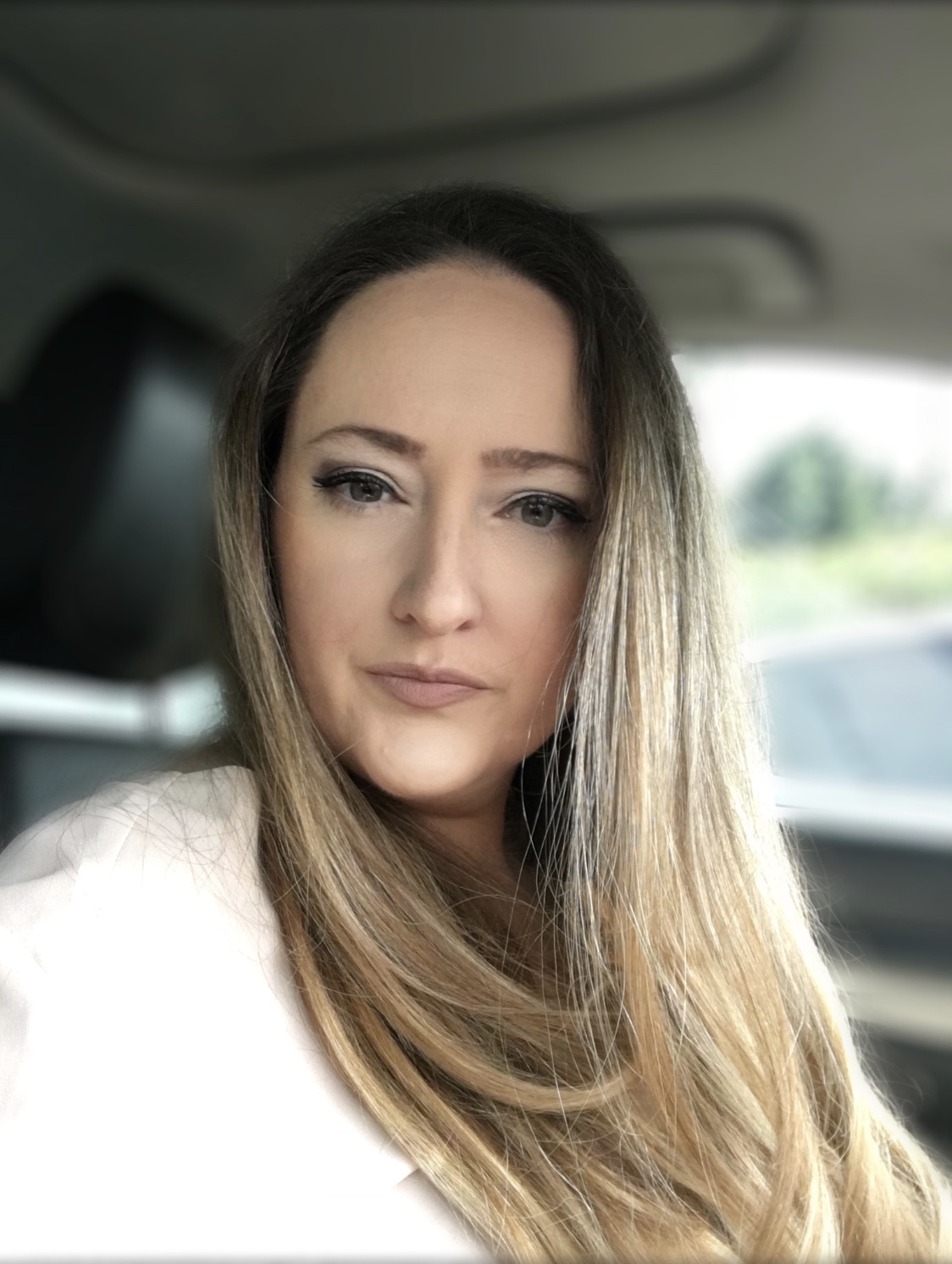 I still remember how I felt through those awkward years. I remember feeling that I was not good enough, or cool enough or pretty enough and wondering if I would always feel this way. I am so glad that I met someone briefly that helped me see that things can change. They obviously did change and I will be there for my daughter when/if she has a need for a self esteem boost. 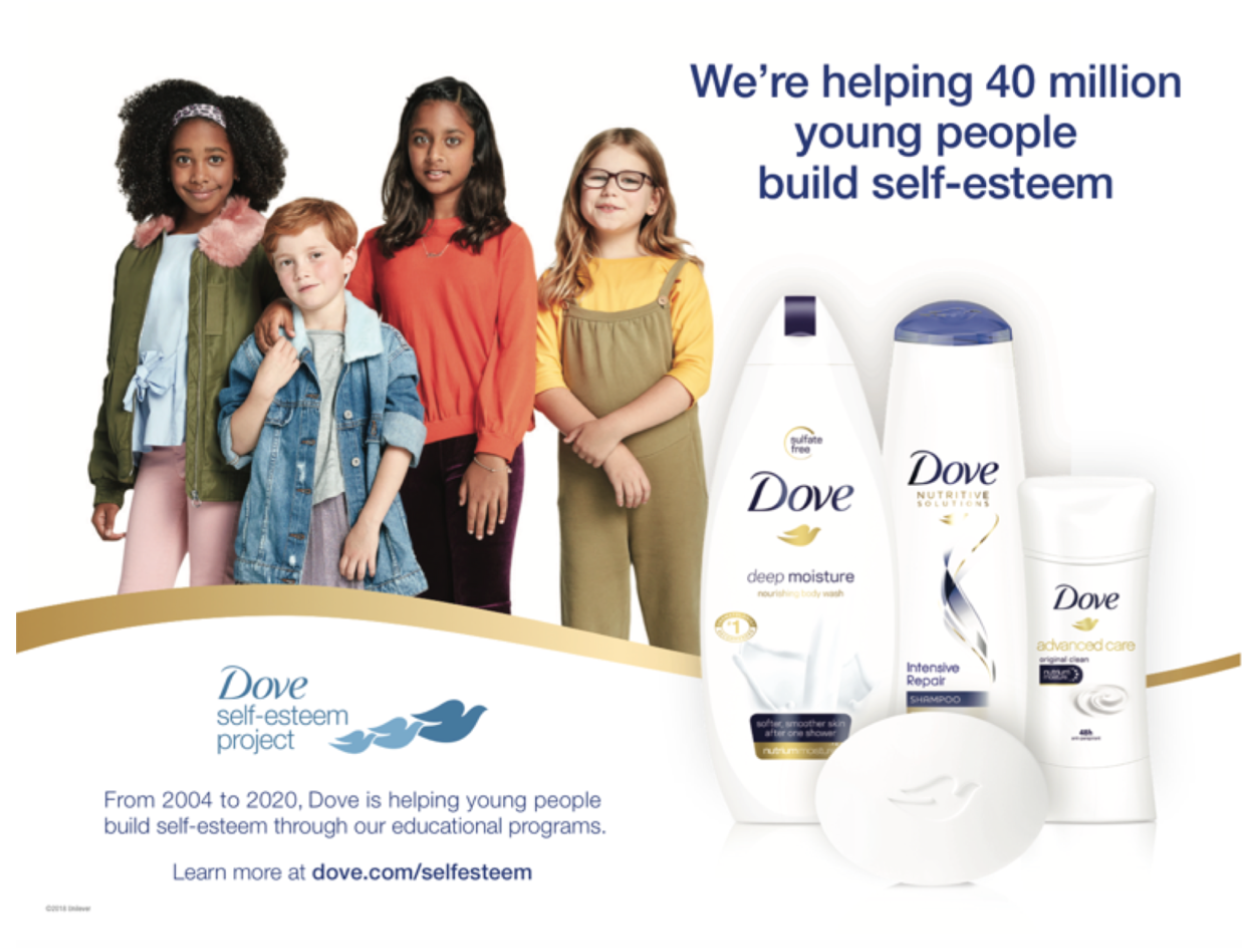 I am so happy to partner with Dove and their Self Esteem project. I have been using Dove for many years and I get all my Dove products at my local Fry’s, which also has the best price!