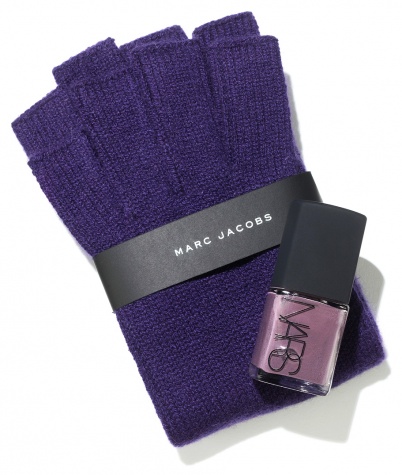 Fashion designer Marc Jacobs – and makeup genius François Nars have teamed up in a fantastic way! In a friendship that has lasted several years, the two have created an amazing partnership for your hands this winter. This is perfect for winter to keep your hands warm, fingers free and hands covered from the bitter cold and hidden from the sun.

“First Marc called upon François to helm the makeup backstage at his fall 2009 show (and he has been doing so ever since); then François persuaded Marc to sit in front of his lens, and pose (fully made-up) for his book, 15X15. Now the twosome is getting together once again for a new collaboration: cool—and clever—boxed sets of fingerless cashmere Marc Jacobs gloves and NARS nail lacquers.
Available in black cashmere with black-gold polish or purple cashmere with smoky lavender polish, the sets marry a major accessories trend—fingerless gloves not only make texting easier but they carry the same cool factor as a pair of open-toed boots—with one of the season’s best beauty looks. Of the polishes, which Nars mixed exclusively for this project, he says, “they don’t match the gloves, but complement them.” Everyone can appreciate that.” 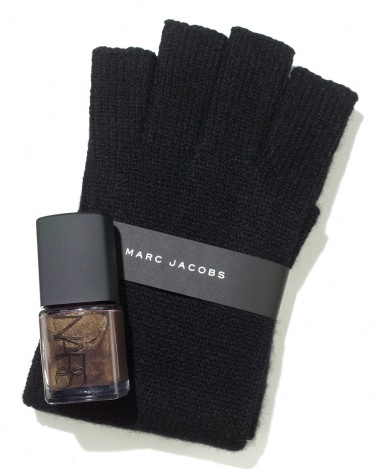