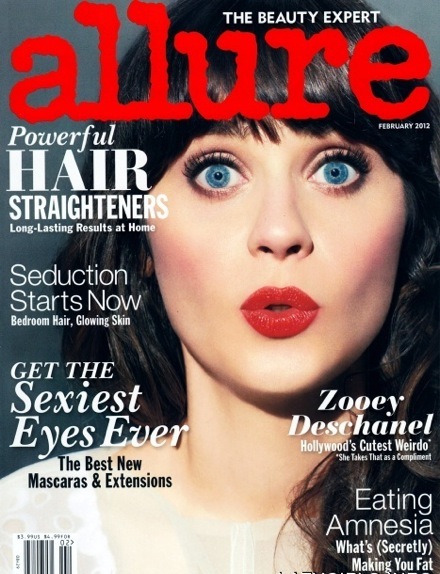 Zooey Deschanel, 31, moved from indie-film It girl and folk musician to mainstream TV star this year with her hit show The New Girl—but that doesn’t mean she’s put down her ukulele or quit being so gosh-darn quirky. Deschanel showed off her gorgeously offbeat side on our February cover, and told Allure all about her surprisingly balanced beauty regimen. 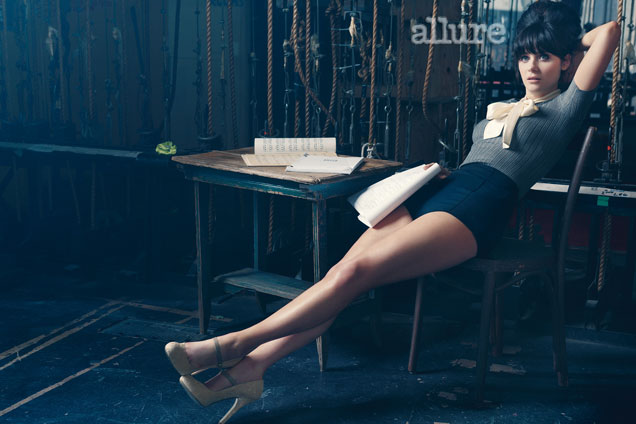 On how closely she’s associated with her hairstyle: “I’m bangs and eyes,” she says. “It’s who I am. There have been periods when I’ve grown my bangs out, but I always cut them back, so it’s like, why go through the trouble?” Here, Deschanel poses in a silk top and wool shorts by Jason Wu.

On how her show New Girl changed her image: Zooey says she’s more like Jess than most of the other characters she’s played. “Because I have brown hair and a low voice, I would get cast as dry, sarcastic, ironic people, which I can do, but it’s not my sense of humor. I’m a very positive person. I get excited easily, and I like to jump around.”

On her critics for being too girly: “If you feel like dressing like a girl, there’s nothing wrong with that. I don’t know why femininity should be associated with weakness. Women should be free to express who they are without thinking, I need to act like a man, or I need to tone it down to be successful. That’s a very good way to keep women down,” she says. 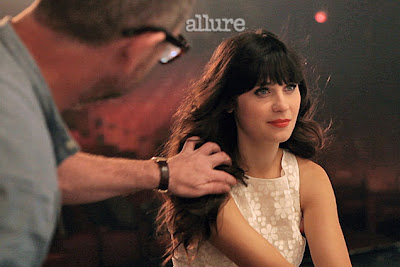 On how she watches her weight: Sticking to a diet (eat this, NOT this) of vegetables, grains, and proteins, she isn’t obsessed. “Some people around me, they’re like 89 pounds,” she says. “I’m not going to say I’m a big girl. I’m a very small person, but I’m a healthy weight. That might be a little weird for Hollywood.”

On Hollywood labels: Deschanel finds irony in the label “It” girl. “‘It’ girl is supposed to be something that only lasts a certain amount of time,” she says. “They keep calling me an ‘It’ girl, and at this point it makes me laugh, because they’ve done that so many times: ‘You’re it’; ‘you’re not it.’ What is ‘it’?” 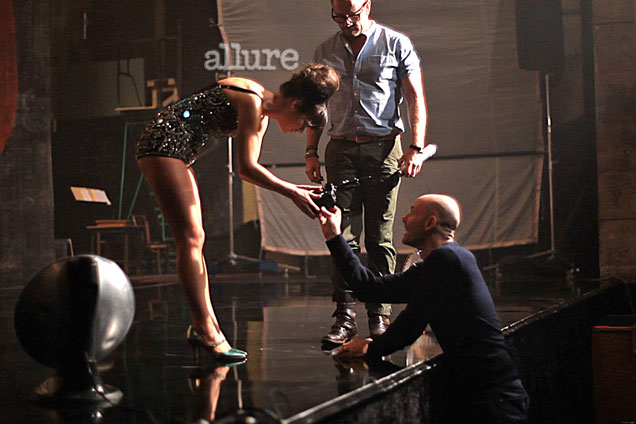 See more of her interview in the Feb issue of Allure magazine released Jan 24th.
Source