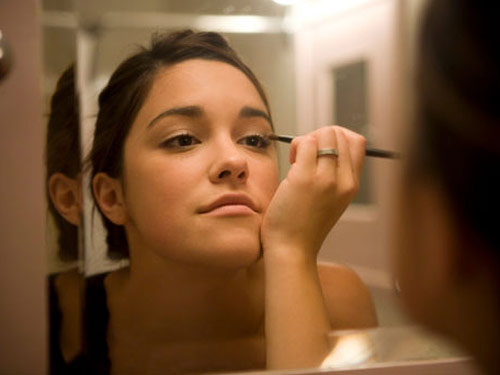 WTF is going on with these makeup companies! I am a major animal lover and this is just disturbing to me. Especially because they were not testing on animals for so many years, and just started the practice again recently. With the chemicals and animal testing, it is making me want to go makeup free!

Peta is calling on supporters to boycott Avon and Estée Lauder after discovering the cosmetic giants are paying for animal testing.

The People for Ethical Treatment of Animals announced on their website today that the skincare companies are no longer “cruelty-free” because they are being forced to follow regulations enforced by the Chinese government. According to their study, Mary Kay was also included in the list of companies that “harm animals” in Asia.

According to PETA, Mary Kay was also included in the list of companies that “harm animals” in the Asian country.

British brand Avon, who recently hired Alesha Dixon as the face, branded the claims ‘misleading’ but admit they are forced to conduct testing in China due to health laws.

A spokesperson said: ‘Some select products may be required by law in a few countries to undergo additional safety testing, which potentially includes animal testing, under the directive of a government or health agency.

‘In these instances, Avon will first attempt to persuade the requesting authority to accept non-animal test data.

‘When those attempts are unsuccessful, Avon must abide by local laws and submit the products for additional testing. In 2011, this affected three tenths of one percent of Avon’s products.’

‘There have been some incorrect and misleading claims made by animal rights organisations. Avon neither conducts nor requests animal testing.’

Estée Lauder have yet to comment.
Both brands have been ‘cruelty-free’ for two decades following campaigns by Peta in the late 80′s.

Thoughts? Does this bother you? Would you stop using their products because of animal testing?