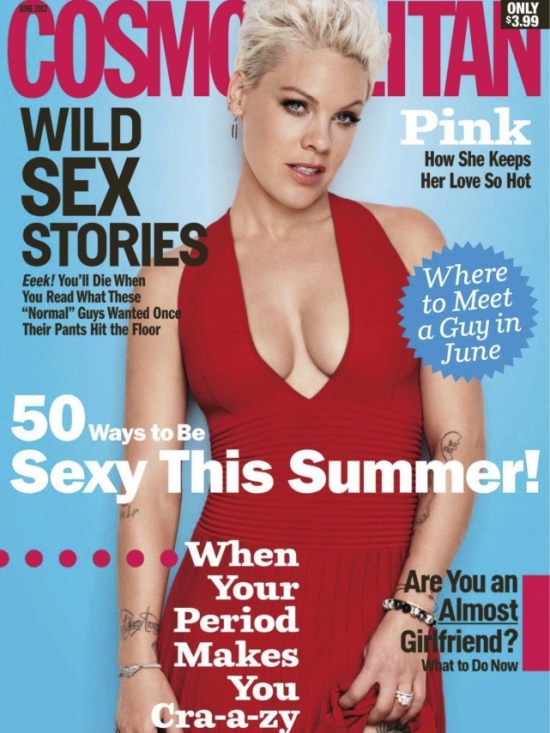 Pink, 32, has been out of the limelight the last two years because she became pregnant and had a little girl named Willow with her husband Carey Hart. A lot of changes came with Pink’s transition into motherhood. Pink gave up smoking and has diminished her drinking while breastfeeding. Pink has also decided to make another huge transition as a debut into acting in a Mark Ruffalo movie ‘Thanks for Sharing’ where she plays a sex addict.
This is the first interview Pink has given since giving birth, and she is ready to get back out there. Pink is also getting back into the studio for another album.  Check out some of her with Cosmo mag.

On her thoughts during her pregnancy:
“I thought I’d feel like a goddess. They sell you on that s*&t…like you’ll never feel more feminine. Really, I just felt like a mess. But I kind of enjoyed that too.

On enjoying letting herself go during her pregnancy:
Hell, yeah, I gained 55 pounds. I Think my baby may be part cheesecake.”

On how intimacy has changed with her husband since having a baby:
“We’ve never had a problem with affection. But with a baby? It’s kinda gross, but you have to schedule it. She (Willow) sleeps in bed with us. We’re just starting to think about putting her somewhere else, at least for a little while. Either that, or we’ll have to resort to getting it on in the laundry room.”

On getting back to work:
“I’ve been in mommy mode, and I’m just starting to get back out there into the real world. I’ve been in the studio recording my new album, so now it feels like everything is falling back into place.”

On being offered a part in a movie to play a sex addict starring along side Gwyneth Paltrow:
“The first day, I was standing in front of Gwyneth and was like ‘Hmmm, maybe I’m just a singer. Is it too late to quit?’. Thankfully, I understood my character. It’s not like I was playing the girl next door; she’s a sex addict. I was on lots of drugs as a teenager and had friends die of overdose, so addiction isn’t a foreign concept. I get that.” 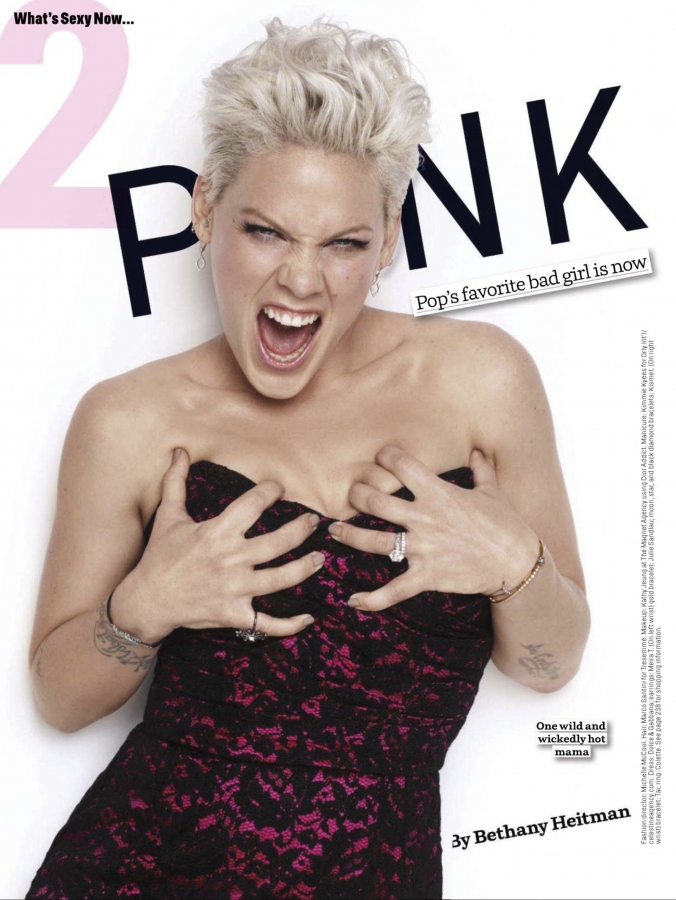