I don’t have children yet. I plan on for this year. However, I am very aware of all the info about having kids after 35. I am 36, and it does weigh on my mind. But life has lead me to this time and my life, and trying to conceive at this age.

All of my girlfriends have children, so I hear about it a lot that my time is running out, or my eggs will be rotten. Luckily, I have not had children bases on what my friends think, and have done what my husband and I think is right. 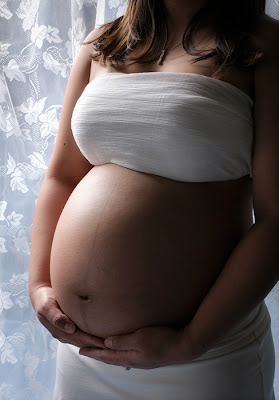 Don’t miss the good news at the bottom of the article.

Fertility begins to decline at age 30, but this change happens gradually, over the next five years or so. If you need infertility treatment, your chances of success are higher than they are for an older woman. For women under age 35 the success rate of in vitro fertilization (IVF,) or home insemination, for example, is 25 to 28 percent; for those over age 40, that rate drops to 6 to 8 percent.

One study found that the rate of cesarean sections was close to two times higher among women ages 30 to 34 than among those in their 20s, although doctors don’t know why.

“Women who have been fully involved in their job in their 20s often feel emotionally ready to start a family as they enter their next decade,” says Glazer. “And they have the energy and the resources to do it. But they may also feel pulled in different directions. They worry about whether they’ll be able to return to their work life — or whether they’ll even want to.”

RISKS TO YOUR BABY

Fertility continues to decline after age 35, and it takes a nosedive at age 38, says Benjamin Younger, M.D., executive director of the American Society for Reproductive Medicine, in Birmingham, AL. “The decline is due mostly to the fact that the woman’s eggs are aging, and they become more difficult to fertilize,” he adds.

Up until age 35, most doctors suggest that couples have unprotected intercourse for a full year before seeking infertility treatment; that time period is reduced to six months for women over 35. “The greatest problem for infertile couples is delayed treatment, because there’s a big difference in success rates between a woman in her late 30s and one in her early 40s,” says Ruth Fretts, M.D., clinical instructor of obstetrics and gynecology at Harvard Medical School. “In fact, many infertility clinics won’t accept patients if they’re older than 39 or 40.”

The risk of high blood pressure during pregnancy is about double for women over 35 compared with younger ones; hypertension affects about 10 to 20 percent of pregnant women in this age group. Gestational diabetes is two to three times more common in women over age 35 than in younger women, and recent studies show the risk is even higher if the woman has gained weight over the years.

The chance of having a cesarean section is about twice as high for women ages 35 to 39 as for those in their 20s, possibly because labor tends to take longer in older women. “When the second stage of labor surpasses two hours, obstetricians often intervene and do a C-section to reduce stress on the fetus,” says Gertrud Svala Berkowitz, Ph.D., professor of obstetrics and gynecology and reproductive science at the Mount Sinai School of Medicine in New York City.

This is the age when your doctor might recommend amniocentesis or some other prenatal screening — which for many women is anxiety-provoking while they await results — because the risks of having a baby with Down syndrome or another type of chromosomal disorder begin to rise significantly.

RISKS TO YOUR BABY

The chance of having multiple births, especially twins and even triplets, increases significantly in your late 30s (and early 40s). “This is probably due to the fact that the hormonal stimulation of the ovaries changes slightly as a woman ages, increasing the chances that they’ll release more than one egg,” says Dr. Younger. “It could be Mother Nature’s way of compensating for the fact that more eggs are likely to be defective.” Women who take fertility drugs are also at higher risk of multiple births because the drugs stimulate the ovaries to produce more eggs. Even so, the chance of twin, triplet, or other multiple births is still relatively slim.

The miscarriage rate rises after age 35 to close to 18 percent. Rates of stillbirths are about twice as high among older pregnant women than younger ones, according to recent studies, although the reasons are unknown.

In Your 40s
We are just going to give the good news.
A recent study shows that women over 40 who have babies without help from fertility drugs or other assisted reproductive technologies tend to live longer than those who don’t. Why? One theory is that estrogen, which is still produced in abundance in fertile women, has life-lengthening effects on the heart, bones, and other organs.

Statistics show that once a woman has gotten pregnant, if she takes good care of herself and if prenatal screening tests are negative, she’s much more likely to deliver a healthy baby than not — regardless of her age. The rate of fetal deaths has dropped by about 70 percent since the 1960s. That’s great news for all pregnant women.

If you want to read more about pregnancy in your 20s or 40s, check out the original article from Parenting.com