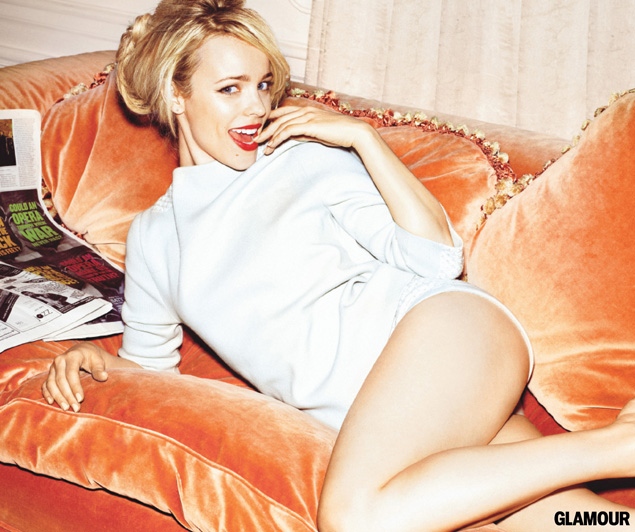 Rachel McAdams, 33, pairs her cute Mavi shirt and Dolce&Gabbana briefs on the cover of Glamour’s February 2012 issue, on stands January 10.

Here’s what one of my favorite actresses shares with the mag:

On if playing silly or serious is more difficult: “I think playing silly. I’m very silly as a person, but quality silliness on-screen has more of an art to it. Harrison Ford, whom I was in Morning Glory with, has mastered that dry funny better than anyone.” 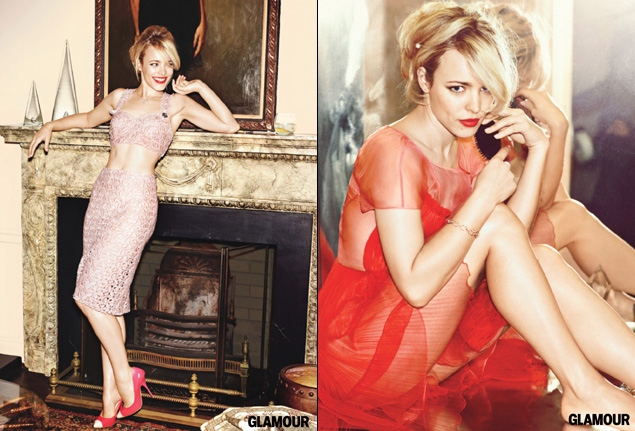 On falling in love on a movie set: “A set may seem like a good place for romance, but I don’t think it’s very conducive; it’s too distracting. Every relationship I’ve had with a coworker has come after the fact, because you wind up actually spending a lot of time with those people promoting the movie.” (Hence, her hottie, hot, hot relationship with Ryan Gosling whom she did not get a long with during the filming of the movie, ‘The Notebook.’ It wasn’t until the movie’s promotion when she got with that hot piece of ass.

On having chemistry with her The Vow co-star Channing Tatum: “I was worried we might not, because we were more like brother and sister, like buds. Channing is very outgoing, very kind and a lot of fun to work with.”

On the Occupy movement: “People have said it’s unfocused, but I appreciate that there are so many different groups coming together peacefully, saying there are things that are broken in the system, and we need to put our heads together.” 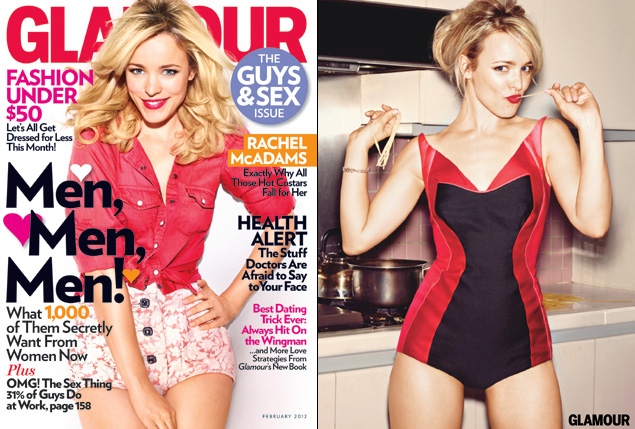 On her first job and why it didn’t work out:”I worked at McDonald’s for a good three years,” . ” I was not a great employee; I broke the orange juice machine one day.” She says, “I had a little bit of an OCD thing with hand washing and just didn’t have time,” she explains,  “They were like, ‘Hey, the drive-through’s backing up. Stop washing your hands!'”

What Rachel would like to do if she wasn’t acting: “I wouldn’t mind running a restaurant.”
“I’m not an amazing cook,” she admits. “But I can follow a recipe!”

Rachel is currently seeing actor Michael Sheen, whom she met on the set of Woody Allen’s “Midnight in Paris.” 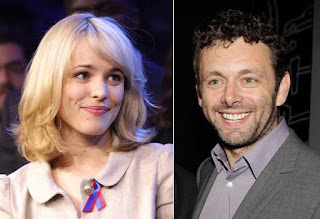 Getting ready for the release of her next film “The Vow,” the Canadian native admits she was concerned about how her amicable relationship with co-star Channing Tatum (who is married to actress Jenna Dewan) would look on-screen. McAdams plays an amnesiac whose husband (Tatum) tries to win back her love.