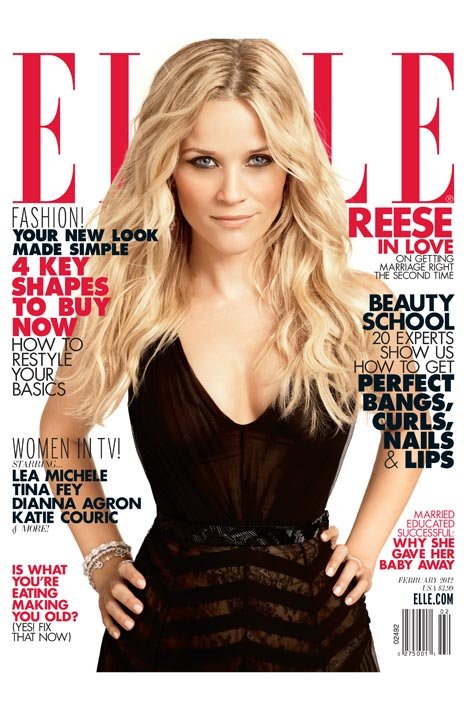 Reese Witherspoon graces the February 2012 cover of Elle Magazine. Reese is promoting her new romantic comedy, This Means War, starring Chris Pine and Tom Hardy.
Reese opens up about how she met her current husband at a bar, her devastating divorce from Ryan Phillippe, and how she felt more sexual and like a woman after having children.

Reese on how she met her current husband, Jim Toth: It was when his boozy friend began hitting on her. “This really drunk guy was hitting on me, making such an idiot of himself, yelling at me. He was like [slurring, scowling, pointing finger in her face], ‘You don’t know me.’ And I was like, ‘Yeah, I know. I don’t know you!’ Jim came over and said, ‘Please excuse my friend. He’s just broken up with someone.’ And I remember thinking, his friend is such an ass, what a jerk. And that Jim was a really good friend, pulling him out of that situation.”

On changing her mind about getting married again: “Jim said, ‘I’m gonna show you every day what a good partner is, what a good person is. I’m going to take care of you. I’m gonna do this so much that you’re gonna get used to it.’ I was like, ‘What are you talking about?’ I’ve never had anybody like that in my life.”

On her divorce from Ryan Phillippe: “It was awful. It was like I was having a delayed response to my divorce. All my adrenaline shock had held me over for nine or ten months, and then I collapsed under the weight of grieving. I have to be honest with you, I’m a totally different person now . . . I don’t think I realized how little I was living. I was so consumed with trying to hold it together.”

On her sexuality: “I do have to say, I like my body so much better after I had kids. Is that a crazy thing to say? I’m more womanly. I feel sexier. I’m more comfortable with my sexuality as I get older. When I was younger, I didn’t know why men were starting to look at me. Now I know why men are looking — and I’m cool with it.”

On This Means War: “I’m not saying it’s serious or important. It’s like Mr. and Mrs. Smith with dating.”

On making between $15-20 million per film: “I’m very lucky. Every time they call and talk to me about money, I get embarrassed about it. A couple of women finally made me feel better: ‘To get what you’re making, do you know how much money people are making off you?’ I’m like, ‘Oh, oh, okay.’ And I can give it away and support other people and give more people jobs in films that I believe in.”

A moment with Chelsea Handler: Because “[Reese] is one of the few people in this town who can actually get a movie made,” notes Handler, a close friend, who met the actress at Jennifer Aniston’s fortieth birthday party. Witherspoon, a producer on This Means War, formed Type A Films in 200 and has nine films in development, two of which are Southern movies written by Southern writers. “I’m having this Odysseus moment, where I want to return home. I want to touch the South more.”

Her girl friends: “All my best friends are moms. They understand if you say, ‘I have to go!’ You have to go because somebody’s probably eating glass or drinking something under the sink, right?”

On aging in Hollywood: “Nothin’s going north. It’s all going south, might as well put in on film now. But not without a lot of padding and a push-up bra.” 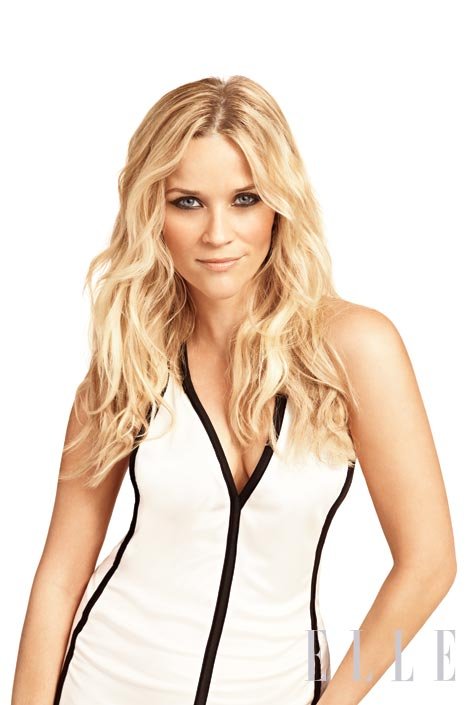 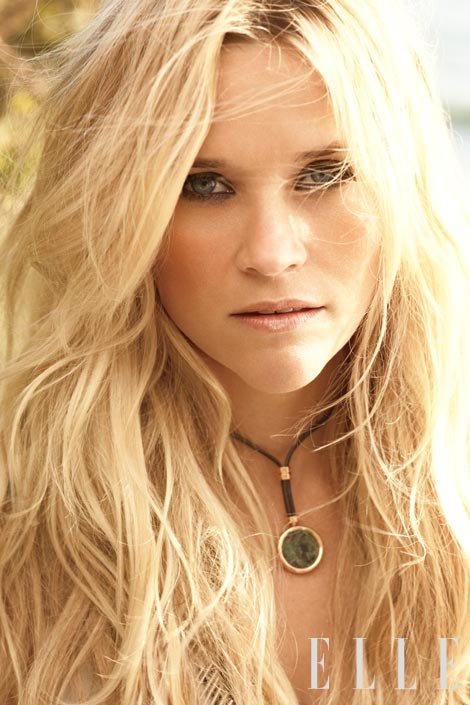 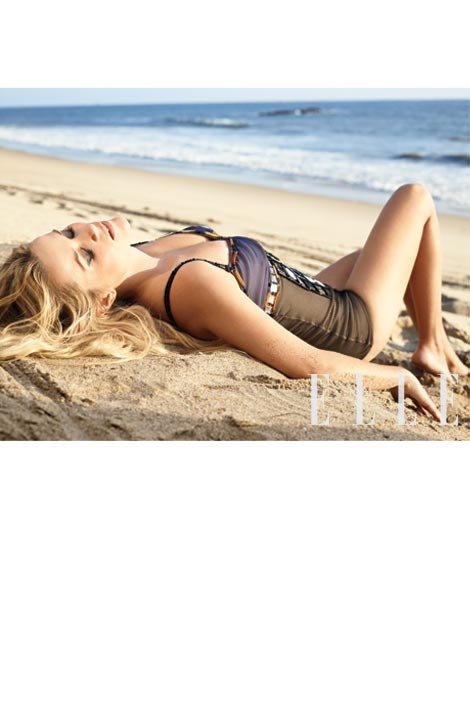