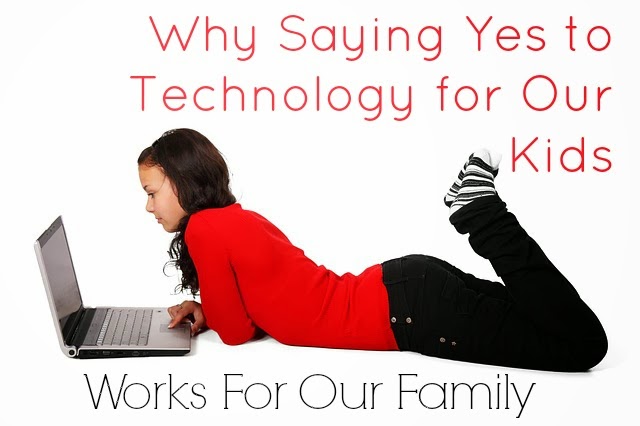 Last Christmas, we succumbed to the biggest parenting dilemma of the modern age and bought our kid’s their own iPads. Three years ago I would have given you a long list of why electronics for kids is the worst parenting idea since infant Nikes, but things change and my kids are getting to the age where Play Doh afternoons and jaunts to the park just don’t entertain the way they used to. My husband pitched me the idea just before Thanksgiving and initially I had a laundry list of reasons why allowing our kids unadulterated access to the online world would be the worst possible thing. There are predators, expensive apps, time away from reading, lack of interaction and worst of all, people would assume we were negligent parents. Maybe it’s just me, but there seems to be a backlash against parents who are seen in public with children who are glued to a screen during dinner or can’t be bothered to ice skate without their iPhone. It’s a dicey situation because our entertainment options have evolved and it’s hard to hide those changes from even the youngest of human beings.

When I was a kid, back in the dark ages, we had one television and a rotary phone, both of which were manned by my father. He chose every TV show we watched and would set our oven timer when the phone rang because we didn’t have call waiting and he wasn’t going to let us tie up the line for longer than 20 minutes. Long distance calling was expensive and so was renting a VCR for the weekend, so we weren’t entertained by SpongeBob all afternoon nor did we have hour long chats with our friend’s about the cutest boy in school. Things have changed.

In our home we have two televisions, three computers, two cell phones, three iPads and zero landlines. My 11 year old daughter can have a full conversation with her best friend through an iPad app and she is teaching herself Spanish with a free online program. My son, at the tender age of 7, can build a roller coaster on Mine Craft and frequently logs in to a program through his school that teaches him everything from math to easy science experiments. None of that was an option for me and I’m thrilled that my kids can experience the world in a way that I am still struggling to learn. These are common phrases now: “Mom, you can Google that and find a video that shows you how to do it.” or “Everyone knows about memes, Mom, and you are saying it wrong.”

That’s my life with tech savvy humans who now have their own iPads and it’s not as traumatizing as I imagined. For the first few days, they were using them constantly and we spent a ton of time setting up accounts and approving apps, but that was the honeymoon phase. They quickly went back to reading books, playing with their friends and enjoying family dinner without racing off to play Angry Birds. We set time limits right from the start and sat next to them while they were researching new apps. Instead of having the technology take over our life, it has become a way for us to connect and have fun together. My daughter and I make memes together (even when I pronounce it wrong), look for new hairstyles and drool over yoga pants on Athleta. My husband spends time playing games with our son and I swear that man gets more excited than a toddler hopped up on sugar when they finish a level together. Technology gets a bad rap sometimes and we have become so concerned with how it is ruining society and warping our kid’s brains, that we forget that it really comes back to parenting. If you are involved with your kids before the iPad, you can be after. If family time is important, you won’t allow technology to warp dinnertime but like most things that are worthwhile in life, it takes work. It takes initiative on the part of parents and a willingness to set up boundaries. My kids lose tech time when they have a bad attitude, if they don’t finish chores or if they spend dinnertime inching off their seat, ready to pounce on their iPad instead of have a conversation. I’ve even been chastised by my kiddos for my inability to put my phone down, so I know that they are aware of the importance of face to face interaction. The Christmas presents ended up being an amazing tool, but don’t tell my husband that I admitted he was right.

Mandy Brasher has been married to her partner in crime for thirteen years and together they have two kids. She graduated from The Utah College of Massage Therapy and spent two years studying writing at Utah State University. She is currently working with her husband at their online apparel business, blogging daily and writing a book. After working as a licensed massage therapist in Las Vegas, she moved back to Utah to start a family and find a new career. Since then she has changed diapers, potty trained, worked as a barista and organized events for a non-profit. Mandy loves to travel, cook, do yoga and read. Follow her sass mouth and unexpected adventures.
Facebook