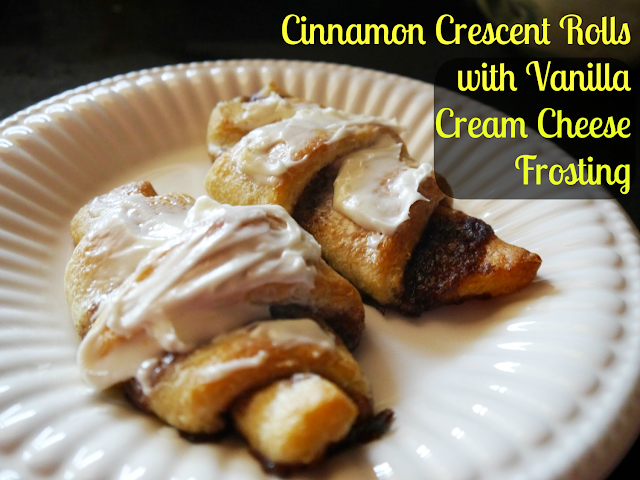 If you have been looking for a yummy cinnamon roll, look no further. (Talk about sounding like a commercial.) But really, this cinnamon breakfast was so easy and is perfect to make for guests or with the kids. This recipe could also call for a glaze, which would make it prettier, but I love cream cheese frosting with my cinnamon rolls, so I opted for a thicker frosting. It is totally up to you. The glaze recipe is the same, just omit the cream cheese. 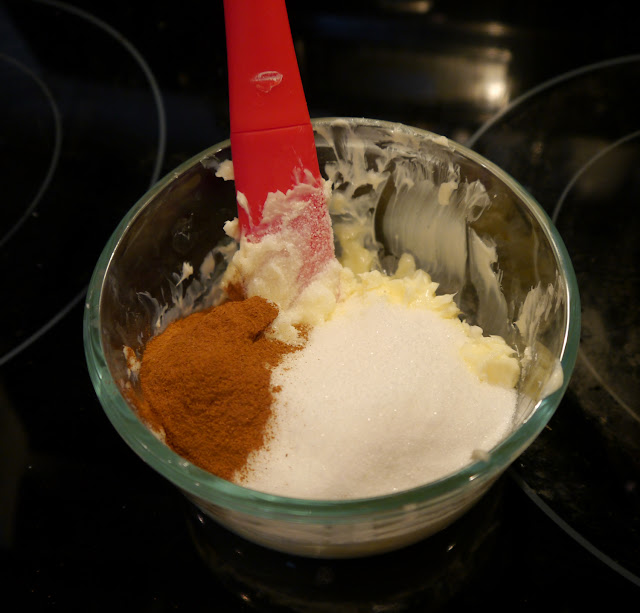 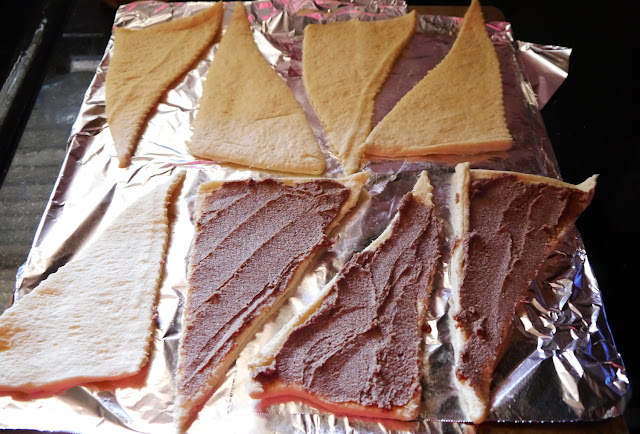 Spread the mixture on the rolled out crescent rolls. 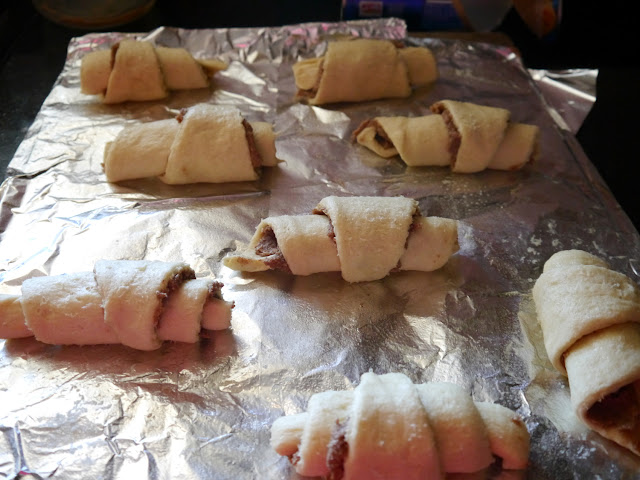 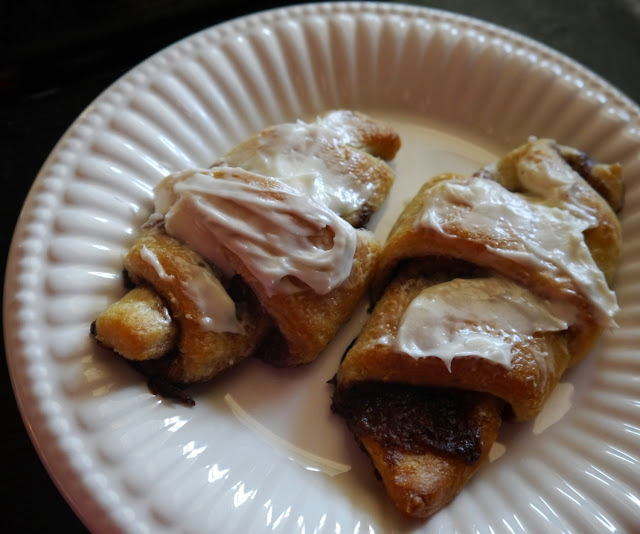 Filling
5 tablespoons butter,softened
¼ cup white sugar
2½ teaspoons cinnamon
Evenly spread the cinnamon butter over the crescent rolls and roll up tightly. Place tip side down on the cookie sheet. Bake for 10-12 minutes.

In a small bowl, mix together with a hand mixer the butter, powdered sugar, cream cheese and vanilla until smooth.

Some cinnamon butter will leak from the crescent rolls while cooking. Just be careful it doesn’t drip off on to your oven like mine did. I’m still putting off cleaning that mess! I’m sure my husband would appreciate if I got on it and cleaned, but it is the kind of mess that is just a fiasco to clean. So he will have to just heat up his pizza rolls in the microwave! Lol.