Paula Schulz is a single girl in her 30s, living in New York, who is willing to share her dating experiences with us. I am so grateful to her for detailing her experiences for us to indulge in. In case you missed her first post, you can check it out here: I Got Dumped Over Email (and Other Adventures of a Thirty-Something Single Girl Dating in New York City) 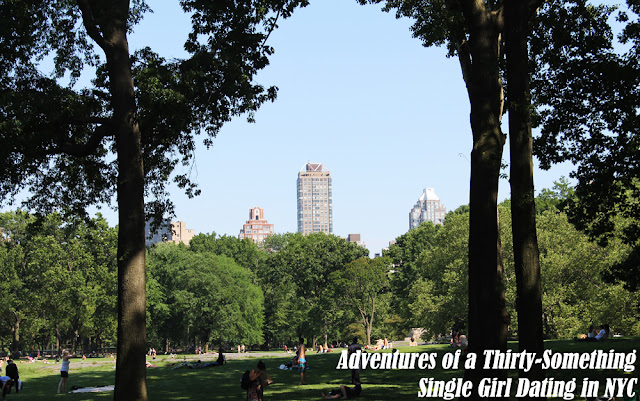 I’ve had an ok cupid profile for a while, but I would compulsively delete it every other week cause it made me nervous. I’m not against it in any way, but living in a city of 9 billion people means lots of creepers waiting to fuck with your head on the interwebs.

After my last dating debacle (no, not the email dumper… the workplace romance, oof. What a doosy. More on that one later) I decided I was tough as nails and ready to brave the sea of douchebags that is okcupid. Right out the gate I have a number of virtual suitors:

j : older high school drop out dude who writes graf, has a sick fixie and meditates.

s : local guy with great hair, a tendency to over-text and a life size cut out of himself in his profile pictures

a : completely respectable and totally hot architect who seems way too fucking nice and successful for me

t : gorgeous unidentifiable ethnicity (my fave!) of a hispanic, african american persuasion with lots of pics of himself laughing and a diverse interest in music and entertainment.

… and of course a random for my room mate. Not my type, but seems like he would really hit it off with her. I am not one to hoard opportunities. Generosity whenever applicable, man.

My first adventure was with J. We met at the Williamsburg waterfront, he brought me some Krink and we ate veggies at Bliss. He had some great music on his portable speakers, and an amazing mint green wheel on his bike… but he was way too quiet for me. He seemed really sensitive and reserved. Maybe I could draw him out of his shell, but who has time for that?? I followed him back on Instgram, but that’s as far as we got. Friend zone!

Next up was S.
The day after he got my number he texted me all day, and apparently my winning witty thumb repertoire earned me Thursday night drink status. We had some beers on my roof and he seemed kinda dorky. We made out and I was whatever about it. BUT THEN he hits me up the next day to say I’m awesome and we should hang out again… so I decided I should give him a shot. He even called me once. If you see a guy’s name in your recent calls list, you take notice. We met at a local bar, one thing lead to another. Have to admit, I had fun and he was super sweet. Ok fine, I kinda like this guy. We text a bit more, then I go out of town for a few days (Texting in another state!? This seems serious!) and when I came home
I wrote to say hey and that I was back in Brooklyn. He said he was pretty beat but I should let him know if I wanted to hang. I invited him for another beer on my roof, to which he said, actually I am just gonna head home, too beat. Umm……… ooooohhhhhkaaaay. I said well, we’ll be at Miles if you change your mind. Miles? he says. WHO CARES WHAT/WHERE MILES IS IF YOU ARE TIRED, FUCKFACE!? Then four hours later he hits me up, telling me he just woke up from a nap. UGH what does it all mean??? Sure we had a few almost hang outs where our schedules didn’t link up or things just didn’t pan out, but this was straight bipolar. Sure, he has a big gig at work. He may actually be exhausted. Could be he’d rather hang on his roof than mine. Maybe he even thinks I am playing games and wants to play them back. But a 20 minute lets hang/lets not text convo can mean only one thing : another woman. We’re not exclusive. Fuck, we’re not even actually dating. Yet it seems a little abrupt and disappointing to be blown off so quickly. Haven’t heard from his ass since. He was too tall for me but I kinda liked his terrible laugh. Oh well. Next!

A: What ever happened to this guy? We messaged a bunch. He seemed so damn normal. He was going out of town, but I randomly saw him on Bedford Avenue and realized he had chosen only the best photos for his profile. He may hit me up when he gets back, but you can’t be boringly normal AND minimally attractive, it just doesn’t work. If you’re hot and boring I can make an exception, but I prefer average looks and bat shit crazy any day.

T: This guy almost exclusively texts me at booty call hours. He’s hot as shit, so that’s fine by me. However, I am a grown ass woman, so booty call hours are when I am sleeping. Maybe eventually he’ll hit me at happy hour and we can actually meet. His texting style isn’t particualrly engaging but I’ll let him get away with it cause he’s so damn sexy.

So far it seems like OkCupid totally sucks. Last summer when I was on there I was chatting with a photographer who claimed to live in Brooklyn but ACTUALLY LIVED IN PENNSYLVANIA and he invited me to his friend’s birthday party in Bed Stuy where the girls were all wearing pasties. Yes. Nipple adornments. AND he had teeth that looked like they had five months of plaque on them. Honestly, the guy I’m chatting with for my room mate seems like my best bet! If they don’t think they can sleep with you, men are actually kind of cool. Basically, the lesson I have learned from my recent dating experiences is this : AMBIVALENCE IS BY FAR A WOMAN’S SEXIEST QUALITY. I have three male friends right now who give me tons of attention, always want to hang out and constantly compliment me. You wanna know why? Cause they don’t stand a chance.

Even though this month’s romantic adventures have been mostly disappointing, they are far better than last month. Last month I started sleeping with a dude from work that I actually liked… and three weeks in find out he was also banging our boss. Who is 22. And a lesbian. And he may or may not have knocked her up.

I couldn’t make this stuff up if I tried.


Don’t miss Paula’s first adventure:  I Got Dumped Over Email (and Other Adventures of a Thirty-Something Single Girl Dating in New York City)