Paula Schulz is a single girl in her 30s, living in New York, who is willing to share her dating experiences with us. I am so grateful to her for detailing her experiences for us to indulge in. In case you missed her previous dating  adventures, you can check them out here:

I Got Dumped Over Email
The Joys of Internet Dating 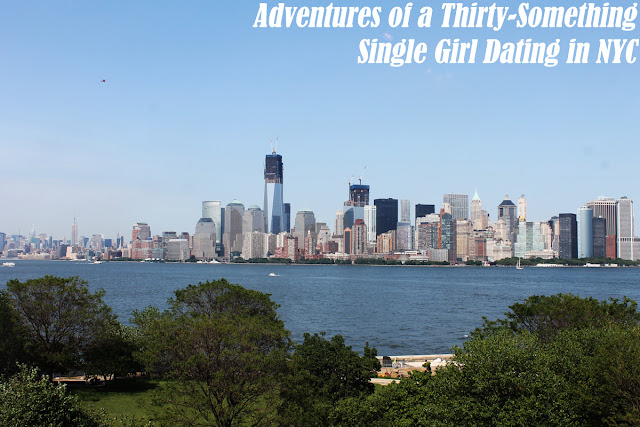 So I had a gay boyfriend this month.

I met GBF when I first moved in to my new building. He lives across the hall from us. I instantly thought he was adorable, and also instantly thought he liked peen. We hit it off immediately (cause the gays generally love me) and would occasionally ride the train together or chat it up in the elevator whenever we saw each other. The first time we talked, when he left he sort of rubbed my knee in an extended manner, which I found confusing. I asked every single person I saw for the next three days “Gay men don’t fondle girls on the knee, right??”

We exchanged numbers. We became Facebook friends. There were many speculative plans of beach trips or beers after class, most of which fell through cause I was busy being molested by the graphic designer, manipulated by the slutbag coworker or balls deep in OkCupid douchers. (see previous columns). One night we were chatting outside of my apartment, and he had his hand up on the wall next to my shoulder, doing the lean in. My room mate came home and said “Who’s this gay guy trying to sleep with my room mate??”. Occasionally I’d get a text from him at 3am. My boy Noel said “That only means one thing, you know that, right?” Another day someone rang our doorbell while I was in the shower. I assumed it was UPS or something, but it wasn’t. I texted him to ask if it had been him stopping by and that I missed it cause I was in the shower… His response said something about leaving the door open for him next time I shower. What the what?? This gay guy is so weird!!!

After my last dating scenario was a bust, GBF miraculously texted to invite me to the beach and I was totally free so I went. By now we had know each other for a few months and I considered him a kinda-friend and was totally at ease with him… a sign that there is ZERO romantic interest. As I’ve said before, if I like a guy I get all nervous and high pitched and girlie (annoying, frankly). If you’re my gay bff I am kinda gully and raw and full of smart ass, self deprecating sass (awesome, frankly). So I arrived at the beach with some beers and excitement for the inevitable gossiping we were gonna do while tanning our bones. Except he kept mentioning an ex girlfriend. YES. GIRL.

As soon as we stepped foot in the water, he grabbed me around my waist, flung me into the waves and wouldn’t let go. WHAT THE WHAT!? I’d had a tall boy of Modello so I decided I’d let him hold me. After a few minutes of weird swirly wave bobbing cuddles he grabbed me and started kissing me. I understand that this body in a string bikini does weird things to men, but what is actually happening right now?? Whatever. I’ve always found him to be attractive so I decided to just see what happens. Back at the blanket his hands continually found their way to my crotch in broad-ass daylight. Exhibitionism is clearly one of his gifts. He bought me fish tacos and watermelon juice from Rockaway Taco and we got some more beers. By the end of the day we ended up with tickets for our PDA. We stayed till sunset and were snuggly and hand-holdy the whole ride home. He invited me to spend the night but I declined. He kissed me good night.

Two days later we were texting and he randomly showed up at my door for a mid day frolic. He texted me almost every night and almost every morning. Asked me how my day is going, asked to come visit me at work. He said he had a great day on some boat but wishes I had been there to share it with him. He gave me the password for his dad’s Netflix. He came over just to cuddle, brought me Shake Shack and buys me juice at Mr. Kiwi even though he hates kale and beets. We were supposed to go to a show together but I bailed at the last minute and he texted me the whole time he was there and left early to come snuggle with me. He came to watch Empire Records in the movie theatre in our building and took pictures of me as my room mate brought me a klondike bar with a candle in it for my birthday. We even have plans to watch Breaking Bad together when I get caught up. He was kinda adorable and sweet and I was so intensely confused.

Going in to the details of why we think he is gay would be rude, but aside from his attire and mannerisms in general, lets just say there are many. When I mentioned Dan Humphrey has been in to the restaurant I work in, his response was “Oh my God you have to hook me up with him, I’ve been obsessed with him for years!!!”. He was looking at a three bedroom apartment to move into and I said “What do you need three bedrooms for??” Sex parties. Bitch didn’t even skip a beat. We were walking through an intersection on the red and I said “They always stop for me, I have a fat ass and big tits” and his response was “I wish I had a fat ass and big tits”. I’m sure there’s more but you get the point.

Clearly I am dealing with a very conflicted individual. Most guys I am attracted to have had speculations of homosexuaity swirling around them, but never have I slept with a man who has asked me to hook him up with the guy from Gossip Girl. He’s currently reading the Ethical Slut, a book about polyamorous relationships. This guy is WAY TOO MUCH for me. The other night we hooked up and it was so awful that when he went to the bathroom I grabbed my keys and ran barefoot down the hall to my place cause I couldn’t bear to be in the same room as him. Honestly, there’s something so vacant there. He’s grunty sweaty and jerky and sort of “not present” when we are being intimate. Seems like he’s a straight up sex addict, taking it wherever he can get it. But he’s also caring and easy to be around when we’re not being physical. What’s a girl to do? I don’t share my men and I am not here to feed your creepy zombie sex addiction. If you like dudes that’s great, but don’t faux like me at the same time so you have a warm hole. I’m way too sensitive and beautiful for that business. My ability to attract disgusting insane men is seriously starting to bother me. I am slightly broken, but no more so than any other woman in this city. Seems like there is just no hope for discovering a regular dude here. This is the city where men come to fuck a different woman every night. I wouldn’t even mind that philosophy if there wasn’t a severe lack of ATTRACTIVE men here. Ugly ass dudes are Chinese buffeting the shit out of model-hot women. And all the hot guys are gay.

After MANY conversations with my friends, I decided I’d let it ride and just not sleep with GBF anymore. Seemed like a good plan. Then my roommate came home from dinner and told me she saw him outside our building holding hands with some girl, all over her and kissing her. A GIRL. This motherfucker is trying to raw dog it with everything he can under the guise of ethical polygamy. Yo, DO YOU. But this sort of relationship is only valid WHEN YOU DISCUSS IT. Before you try inserting anything anywhere, you say “Hey, this has been in three other holes since Sunday. I still love ya tho. Cool?” Then it’s like, proceed at your own risk, man. But blindsiding a bitch? Unacceptable.

He called me last night at 2am to hang out.

Seriously, what the hell is wrong with people??