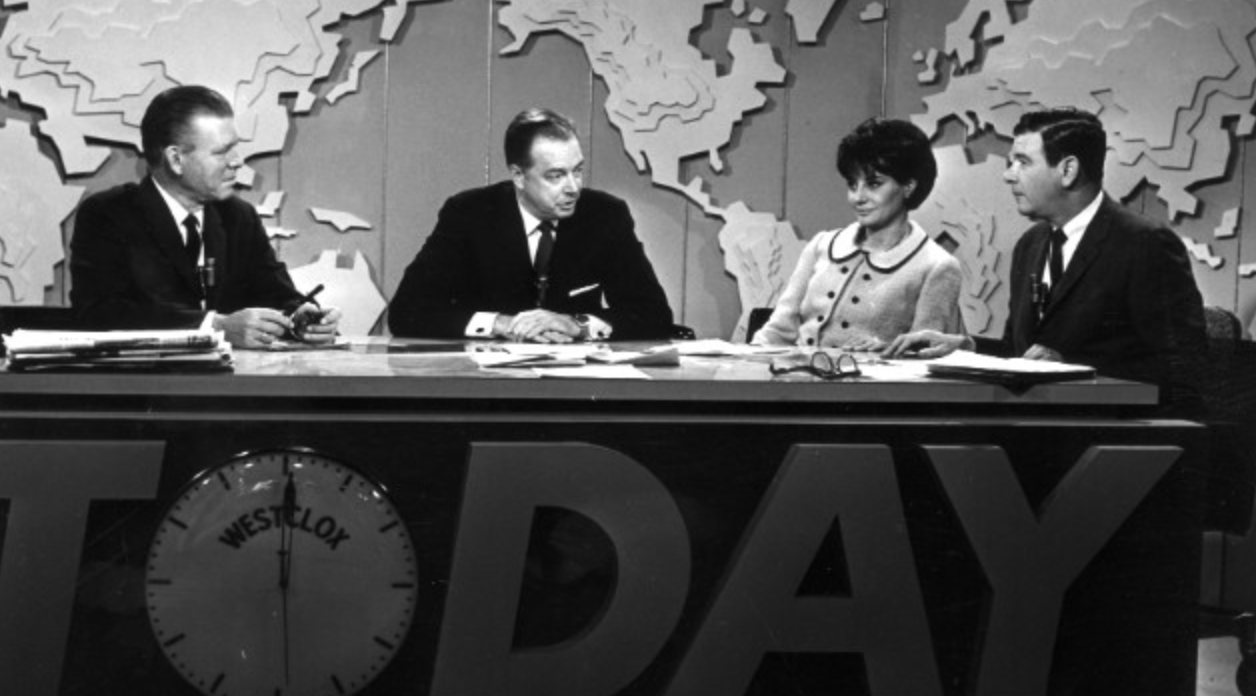 Barbara Walters retires today after more than 50 years in the news industry. 53 years to be exact. It is amazing what this woman has done with her career in that time. She has paved the way for women in journalism. She is truly an inspiration. Barbara Walters may be one of the most recognizable and famous journalist in the world. Growing up, I have always known about Barbara, but I never really knew all the difficulties she persevered to break through the thickest glass ceilings there ever was.
It has been said in a report from Joan Lunden, and Connie Chung, that the movies Anchorman, and Anchorman 2 were depicted exactly how sexism was back when women starting making their way onto the news desk.
Barbara has described many of the negative responses she received from her male co-hosts, critics and media the she endured.
Barbara Walters was born September 25, 1929. Her career in television did not take off until she was in her 30s. In 1951 she received a B.A. in English from Sarah Lawrence College. Right after college Barbara got a job at a small advertising firm (my thoughts go to the Mad Men office in the ’50s.) After working there for a year, Barbara landed a job for NBC writing press releases. She started producing a few shows and eventually became a writer on “The Morning Show” at CBS in 1955.
In 1961 when Barbara was 31-years-old, Barbara joined NBC’s The Today Show as a writer and researcher. Barbara was then moved up to be the “Today girl,” doing light stories like “a day in the life of a Playboy bunny.” NBC needed a replacement and while holding auditions, they decided to put Barbara on the panel for the morning show.

“The audience was used to me … so when I was put on the air for 13 weeks while they were looking for a star, they said, well, we’ll put her on at scale — I worked cheap — and the 13 weeks lasted 13 years, and my pay scale rose a bit. Not the way it is today for women on the morning shows, but I was pretty thrilled.”

Barbara spent her entire 30s as a morning co-host on the Today show. In 1972, she was technically a co-host on the Today show with Frank Mcgee, but he refused to allow her to be called his co-host since she was a woman. He wanted to be the host, and Barbara would be his sidekick. It went so far that he refused to do interviews with her unless he was able to ask the first four questions. It wasn’t until Frank died in 1974, that she was officially called co-host for the program.

In 1976 she had a painstaking decision if she wanted to leave NBC where she had been for som many years and was comfortable and to go to ABC with an offer of a million dollar a year contract for 5 years. NBC didn’t want to lose her, so they offered her the same amount. Barbara said that she decided to leave and go to ABC because it was afternoon hours and she could spend more time with her young daughter. She would also be the first woman on television to sit at a nightly news desk. Barbara officially made history.

She wasn’t sure if she had made the right decision because the male co-workers did everything they could to not welcome her.

“It was lonely and it was painful. At one point I was on the air with a male partner (Harry Reasoner) who really didn’t want me on and made things quite difficult for me, but what saved me — two things that I think: one was letters from other women saying, “We’re going through the same thing,” in whatever field they were in, in whatever job they had, and “hang in there.” And I knew I had their support. And the other thing was a telegram, believe it or not, that said, “Don’t let the bastards get you down,” and it was signed John Wayne. And I felt the cavalry was coming! So it was a difficult time, but if it helped other women — and maybe it did — then it’s a legacy I’m extremely proud of.

I remember going into my dressing room, sitting down and taking off my makeup and crying because I knew that my partner (Harry Reasoner) didn’t want me, I knew that I was failing. At that point I was a single mother with a daughter to help support, and I felt that my career was over, that there was no life preserver. And it was then that a man who was a genius and who was the head of the news department here, named Roone Arledge, literally sent me on the road, and that’s when I did the most important interviews that I think helped to make my career: Fidel Castro, Anwar Sadat, Menachem Begin. I spent a lot of time in the Middle East, and I worked my way back, and that’s, I think, what made the difference for me.” 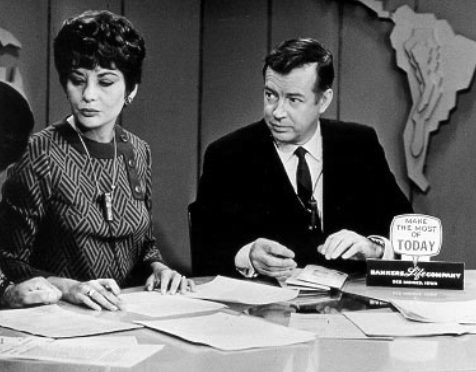 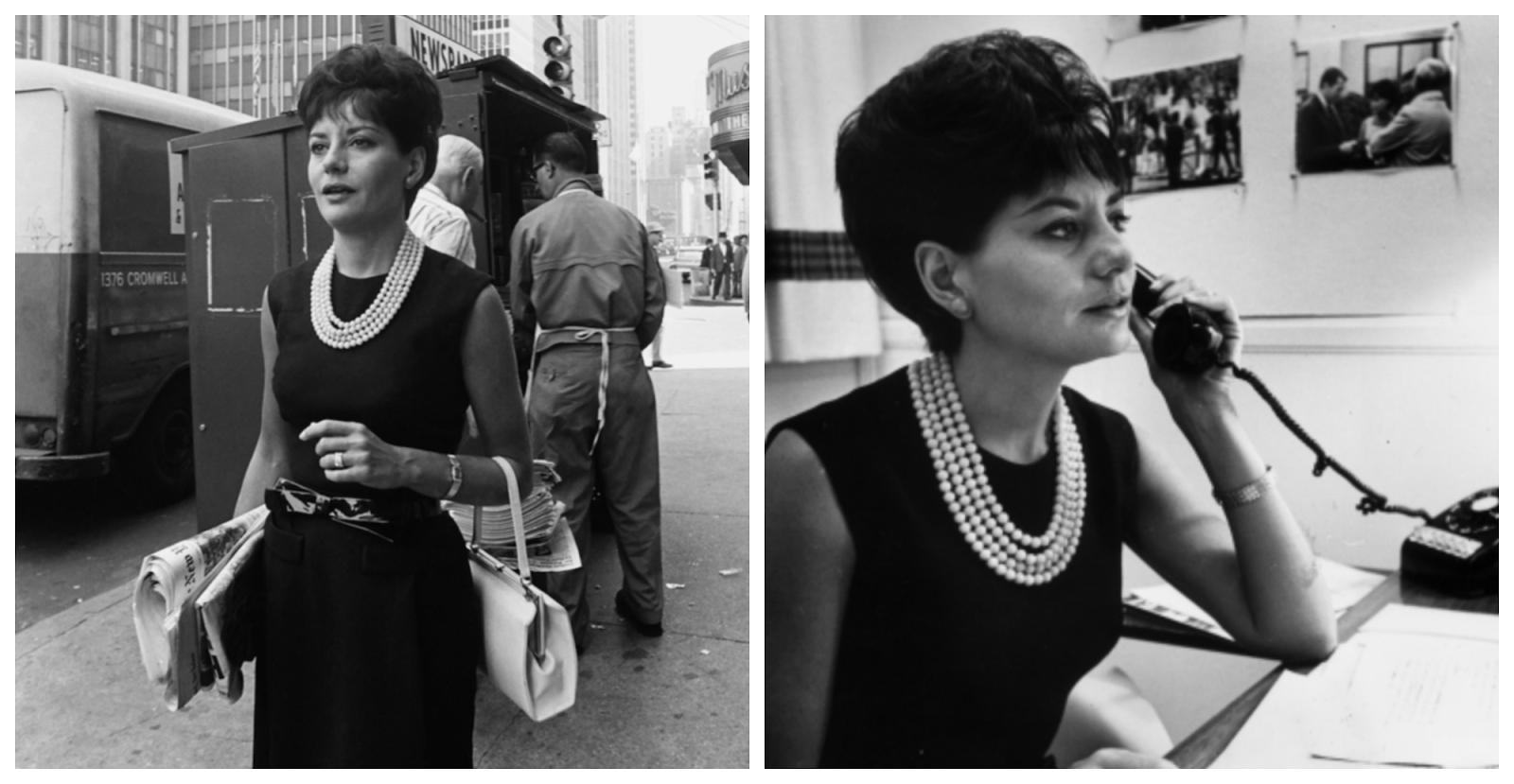 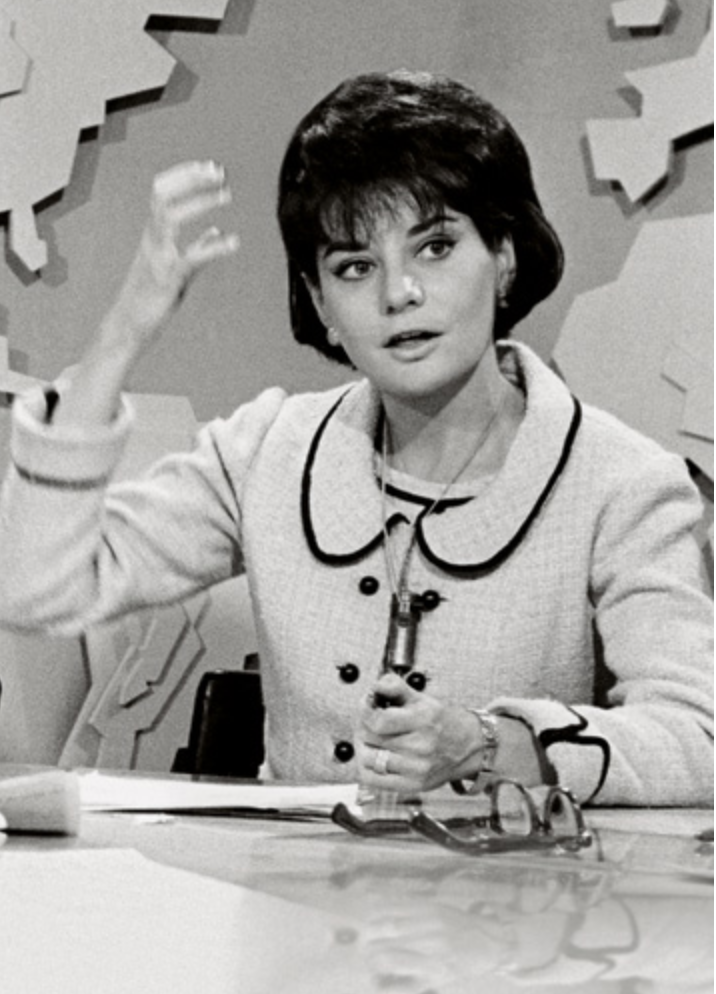 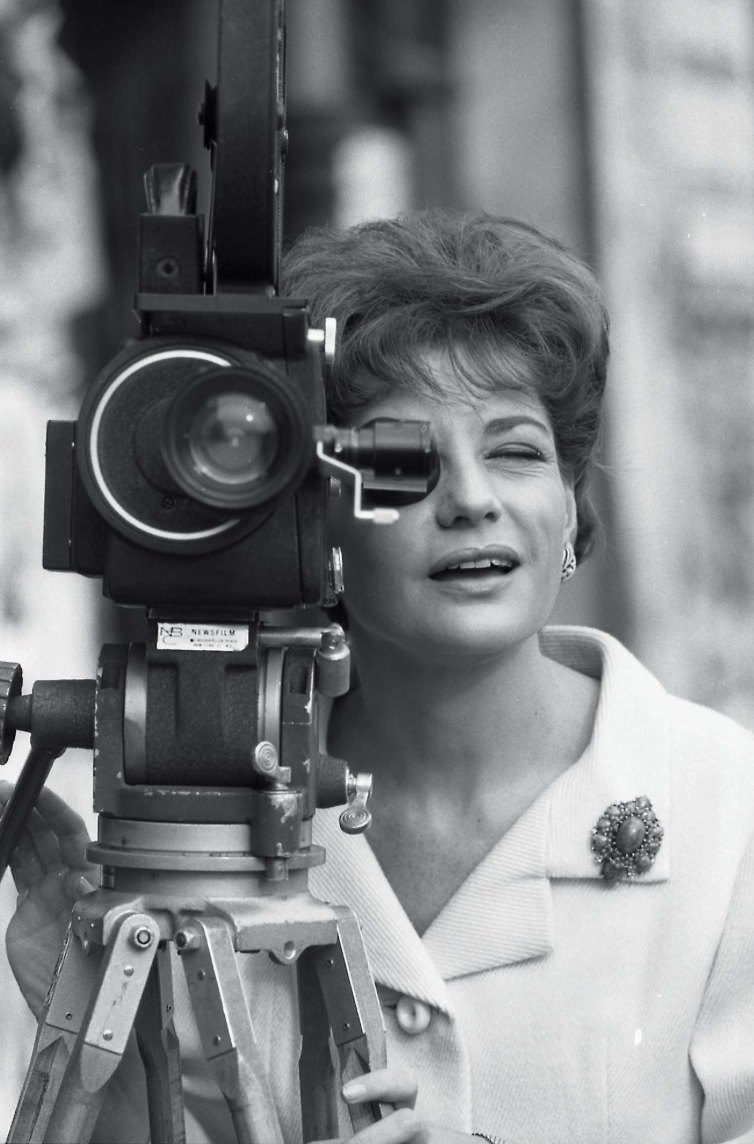 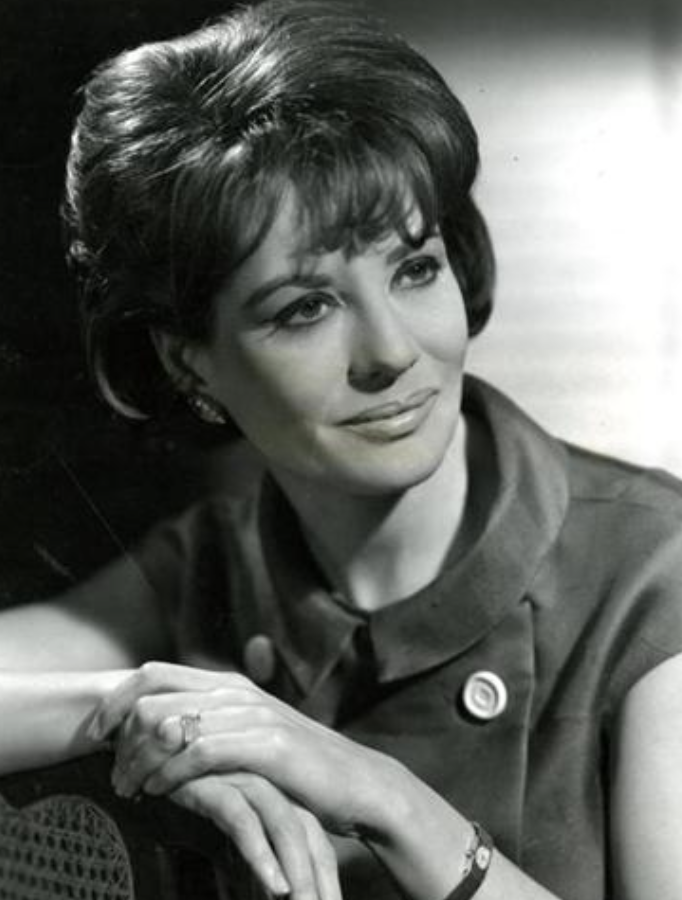 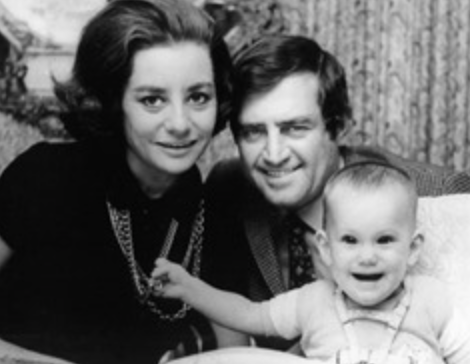 38-years-old with husband at the time, Lee Guber, and adopted daughter Jacqueline, 1968 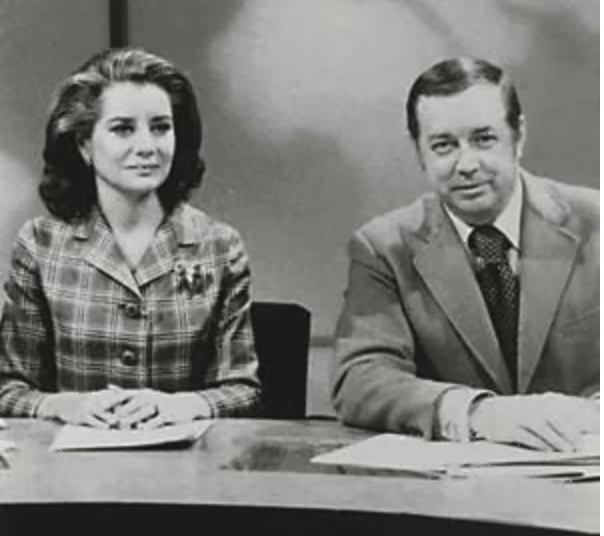 Barbara Walters, the first woman to co-anchor a U.S. evening news program, who created and hosted The View, anchored 20/20 for more than 20 years and had major success with her ABC interview specials.  I am sad to say good-bye, but thankful for her and showing women that we deserve success as much as the boys.

ABC is dedicating their New York building to her and changing the name to the “Barbara Walters Building.” Last day at the view today with all the women in journalism that she inspired.
In case you missed the other Thirty Inspiration Series:
Betty White
Oprah Winfrey
Lucille Ball
Elizabeth Taylor
Julia Child
Whitney Houston