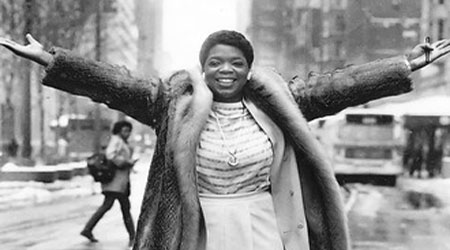 Oprah, 30-years-old
It has been over one year since Oprah retired her infamous daytime talk show of the same name. One year and four months to be exact, but who’s counting? I can’t believe it has only been over one year. For me, it seems so much longer. I guess I have been dealing with the withdrawals. I followed her first Life Class series, but I have not seen her second season. I am not sure why, I really learned a lot from her first Life Class shows. I am not sure when Oprah became a non-priority for me. Which I know she is trying to figure out why she has became a non-priority for other women too and has been struggling with her network.
Did you go through withdrawals? Have you been following her Life Classes? I must admit, I wish I could still watch her regular “Oprah” show everyday. I still miss it. It was an end of an era, and she has done so much, for so many people.
I wanted to know what Oprah was doing at our age, and I found so much info, that this post has taken me days to write. It seems Oprah’s career really started to take off once she was in her 30s.
I will always love Oprah, because she has taught me to follow my truth. Here is her life during her 30s. Check out her style, hair and career during her 30s. 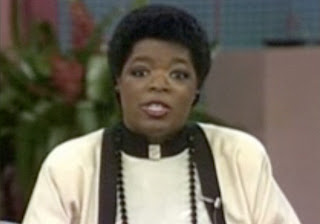 On January 1st, 1984, one month before her 30th birthday, Oprah was relocated from Baltimore where she was co-hosting  for 8 years, a show called “People are talking,” to host her own show called A.M Chicago. Right after her 30th birthday, January 29, 1984 her show was the number one talk show in the Chicago market. The next year the name of the show changed to ‘The Oprah Winfrey Show.’ 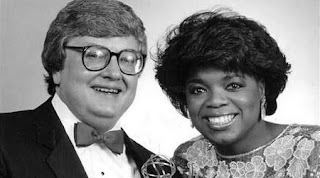 Oprah and Roger Ebert met when Ebert was a guest on her show. They went on 2 dates, but it didn’t last. What did last, was the advice Ebert gave Oprah on their first date at a burger joint.

“I don’t know what to do,” she told Ebert. “The ABC stations want to syndicate my show. So does King World. The problem with syndication is that if your show isn’t successful, you’re off the air in three months. The ABC stations own themselves, so they can keep you on. Which way do you think I should go?”

Of course Roger gave her the advice that has made her a billionaire. After the first year of syndication the show made 125 million dollars that year, and 30 of all those millions went to Oprah, only 31-years-old. 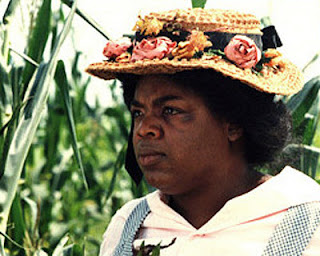 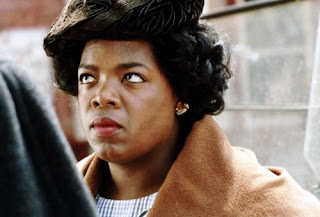 In 1985, when Oprah was 31-years-old, she made her film debut as “Sofia,” in Steven Spielberg’s ‘The Color Purple.’ When Oprah auditioned, they did not cast her because they wanted a well known actress, but Oprah credits “Putting into the Universe,” and a few months later, they offered her the role. 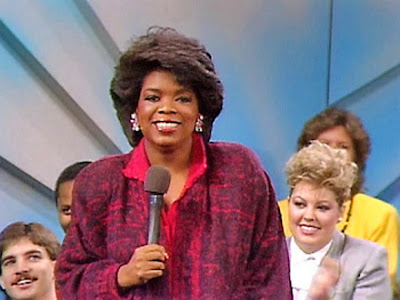 ‘The Oprah Winfrey Show’ debuted as national syndication on Sept 8, 1986 when Oprah was 32-years-old. The first topic? “How to marry the man or woman of your choice.” 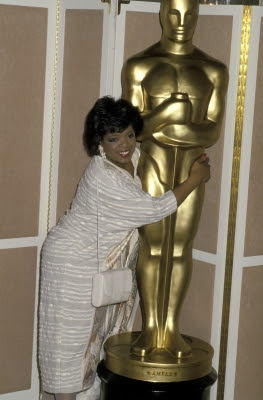 That same year, 1986, Oprah was nominated for a Golden Globe and Academy Award for ‘Best Supporting Actress’, in her role of ‘Sofia’ in ‘The Color Purple.’ 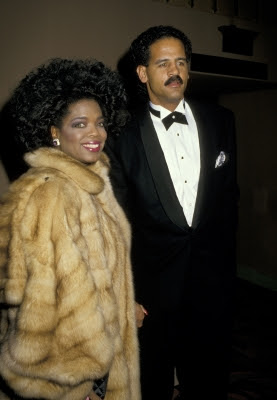 Oprah has had a few loves of her life, but the longest and most important love of her life has been Stedman Graham. Oprah and Stedman have been together since 1986, and got engaged in 1994, but Oprah has publicly stated that she is not interested in getting married.

“The love … the lover … the man … the partner … the mate, I do not know of another man on this planet … who could have lived this life with such dignity, with such grace and such respect and humility in it. And still hold his own and be his own.” Oprah has been quoted as saying. 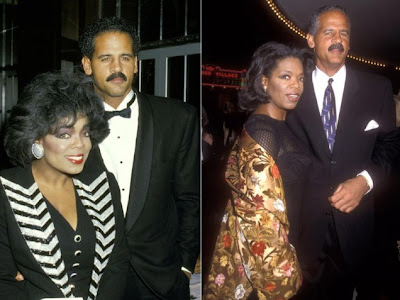 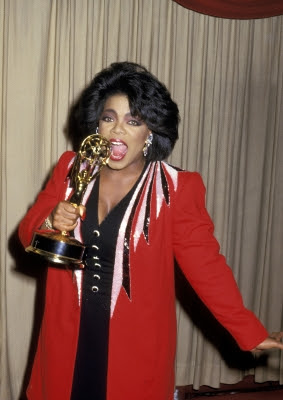 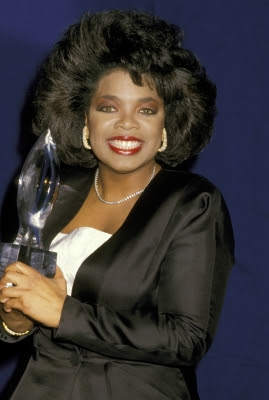 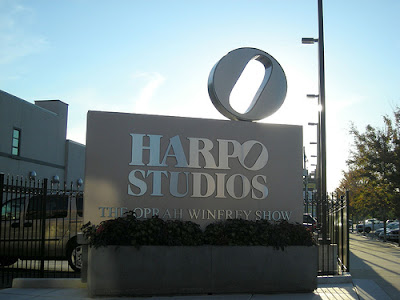 In 1988, Harpo Inc. was born. (Oprah spelled backwards.) In 1990, Harpo studios moved to the now famous location in Chicago on Carpenter st.

Oprah says this was her worst interview when she interviewed Elizabeth Taylor in 1988. Ms. Taylor wouldn’t answer any questions, and Oprah still cringes when she looks back at this hair mess. 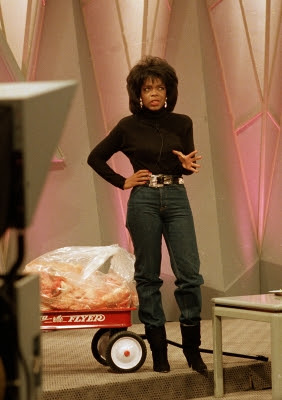 It was the end of 1988, when Oprah was almost 35, when she famously lost 67 pounds in 4 months from a liquid diet (avoid these 4 diet mistakes) and she rolled out 67 pounds of fat onto the stage. Right after that show, Oprah went out and had a cheeseburger. 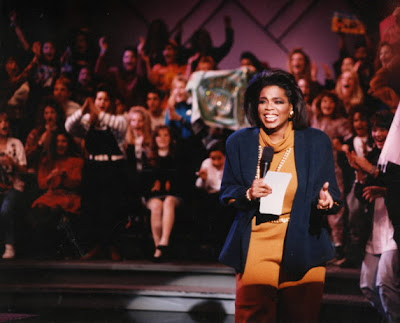 It was 1991, Oprah was 37, and she spoke in front of the U.S. Senate to initiate the National Child Protection Act to establish a database of convicted child abusers. 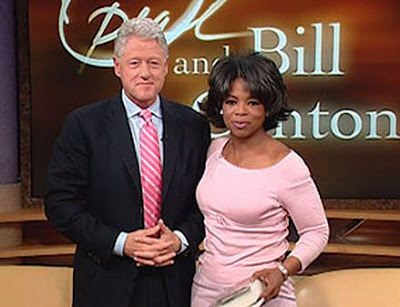 In 1993, when Oprah was 39, President Bill Clinton signed into law, ‘Oprah’s Bill,’ which established the national database of convicted child abusers.
Thanks Oprah, for being an amazing teacher. I know that whatever you do from here on out will be greatness.
Have you missed the other Thirty Inspiration posts? Check em’ out!
Thirty Inspiration: Lucille Ball During Her 30s