We lost an icon last week. It is an overall sad story to lose Whitney Houston so young. She lived an amazing life, but it was also filled with a lot of turmoil. In her short 48 years, Whitney lived a very full and busy life.

Whitney started singing when she was just a child in her church choir at New Hope Baptist Church. At 15 Whitney started going to clubs with her mother singing together trying to get a record deal. It was at that time that a photographer saw her and thought her natural beauty would make her a great model. Whitney modeled for a few years and even one of the first African-American women to cover Seventeen magazine.
When Whitney was 19 she was discovered by Clive Davis of Arista Records, who signed her immediately.

By the time she was 25 she had 2 huge hit records and had also founded the Whitney Houston Foundation for Children, a nonprofit organization that funds projects to help needy children over the world.

Whitney was engaged to Bobby Brown for three years and then married him in July of 1992, right before her 29th birthday. We all know that her marriage to Bobby brought a lot of trouble and drama into her life throughout her 30s and into her 40s until she divorced him in 2007, after 15 years of marriage. But during those year there was a lot of good things that came into Whitney’s life because of her hard work and dedication to her craft.

I wanted to share a deeper look at Whitney during her 30s. Although her career took off in her 20s, Whitney did a lot of amazing things that I wanted to focus on from the time she was 30-39. She was a star, and it only grew brighter during those years even if her personal life was trying to drag her down.

Here is Whitney and her highlighted 30s: 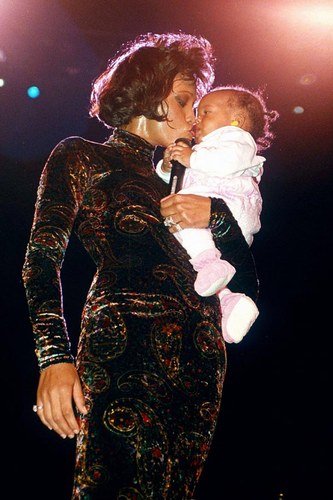 Whitney’s daughter Bobbi Christina on stage with her for the first time.
1993 – Age 30 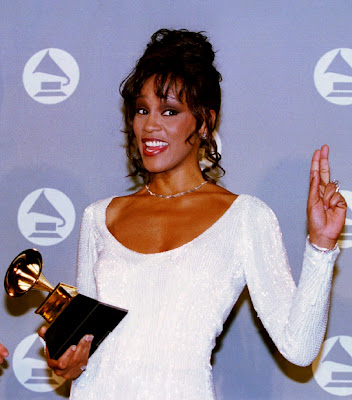 Whitney won album of the year award at the Grammy’s in 1994 in addition to 6 other Grammy’s that year for ‘I Will Always Love You,’ Age 30 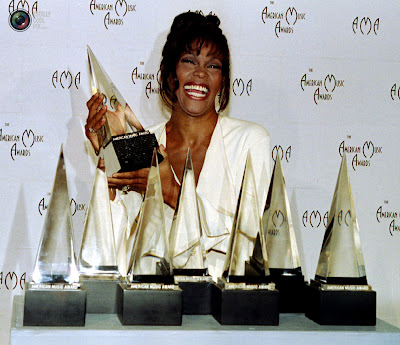 Whitney Houston shows off the seven awards she won February 7 at the 21st American Music Awards, in 1994, including record of the year for “I Will Always Love You” and album of the year for “The Bodyguard.” Age 30 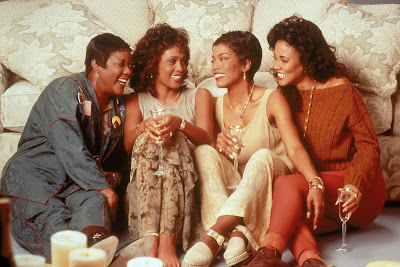 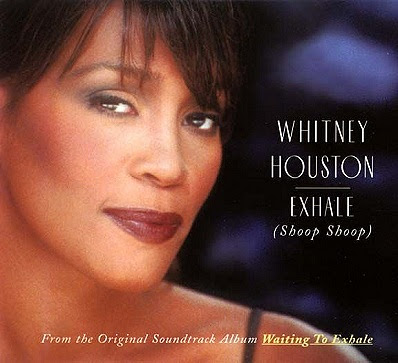 The soundtrack included the number-one hit song “Exhale (Shoop Shoop) which ended up being Houston’s eleventh number one single and won a Grammy for best R&B song. 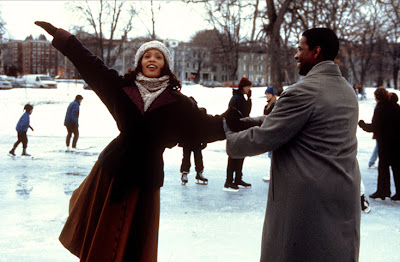 In 1996, Whitney starred in ‘The Preachers Wife’ with Denzel Washington. Age – 33 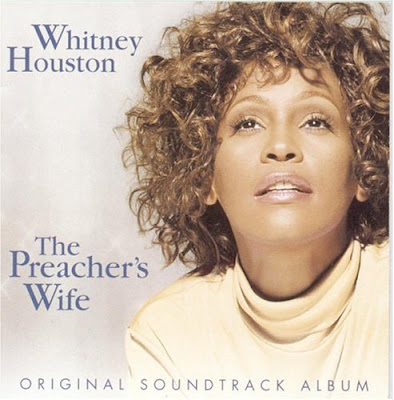 The Preacher’s Wife soundtrack became the best-selling gospel album in history with all songs by Whitney. That same year, Whitney won Favorite Artist – Adult Contemporary at the American Music Awards. 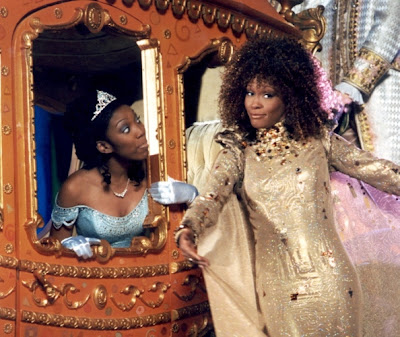 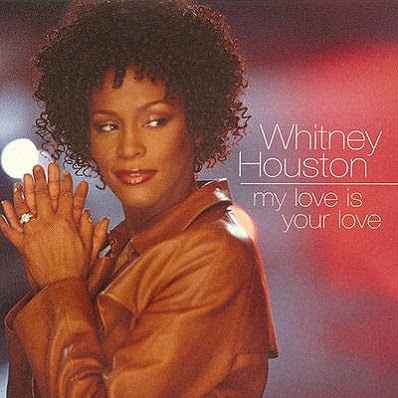 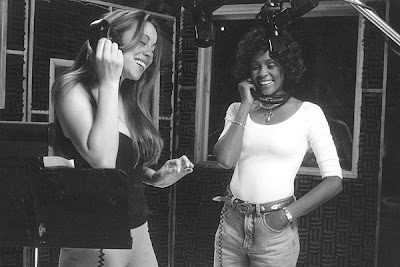 Whitney’s collaboration with Mariah Carey in 1998 in the animated film The Prince of Egypt produced a single, “When You Believe,” which won an Academy Award. 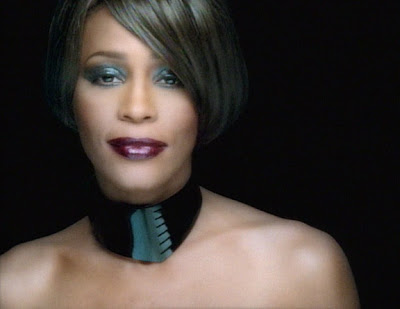 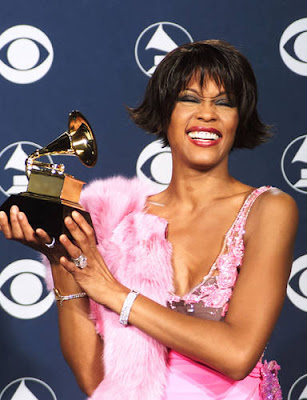 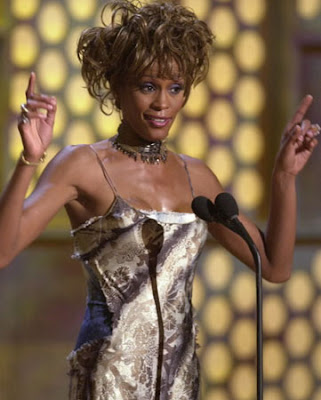 In August 2001, at age 38, Houston signed the biggest record deal in music history with Arista/BMG. She renewed her contract for $100 million to deliver six new albums, on which she would also earn royalties. In 2001, Houston was the first artist ever to be given a BET Lifetime Achievement Award. Unfortunately she was also criticized that year for being too thin and having struggles with drugs. 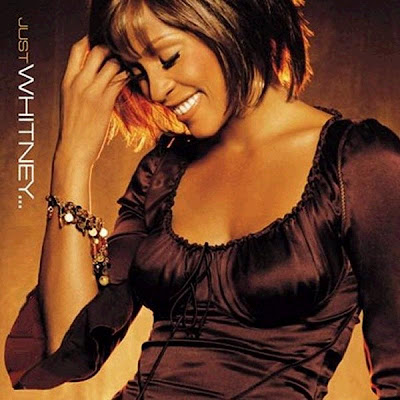 Personal Quote
“God gave me a voice to sing with, and when you have that, what other gimmick is there?”

In case you missed the other Thirty Inspiration Series: