When trying to lose weight (read the latest groundbreaking research), some of us try to lower our carb intake.
Some of us have tried every diet (avoid these 4 diet mistakes). The best way, as we all know is the healthy foods and exercise routine.
Even if it takes a little longer. Sometimes substituting carbs with veggies can help you reach your goal weight. Here are a few different options to your comfort food favorites without feeling deprived. Here is a fantastic list of 12 substitutions of carbs that are easy to make and are delicious.

Summer squash (the football-shaped yellow kind) tastes similar to potatoes when cooked—but has just a fraction of the carbs. Grate the squash, mix in an egg as binder, make patties, and fry them in olive oil, says Mary Dan Eades, M.D., coauthor of The Low-Carb Comfort Food Cookbook.

One of Dr. Agatston’s favorites: Steam some fresh or frozen cauliflower in the microwave. Then spray the cauliflower with butter substitute, add a little nonfat half-and-half substitute, and puree in a food processor or blender. “Salt and pepper to taste and you’ve got something that quite honestly can compete with the real thing any day,” says Dr. Agatston. To make it even better, try adding roasted garlic, cheese, or sour cream to the mixture.

Slice four to five medium-size zukes lengthwise into three-quarter-inch-thick strips, instructs Lise Battaglia, a New Jersey chef whose past clients include Jon Bon Jovi. Sprinkle Italian seasoning on the strips, place them in a single layer on a nonstick cookie sheet, and bake at 425 degrees F for 20 minutes. You want them firm, not crisp. “Then simply make the lasagna as you normally would, replacing lasagna noodles with the baked zucchini,” she says.

A cooked spaghetti squash is like Mother Nature’s automatic spaghetti maker—the flesh becomes noodlelike strands. “All you have to do is cut the squash in half and remove the seeds. Then place each half—cut side down—on a plate with a quarter cup of water,” says Elizabeth Perreault, a chef at Colorado’s Culinary School of the Rockies. Nuke the squash for 10 minutes or until it’s soft to the touch. Let it cool, then scrape out the “spaghetti” strands and top with pasta sauce and cheese.

Here’s a can’t-fail recipe from The South Beach Diet. Mix together half a cup of old-fashioned oatmeal, a quarter cup of low-fat cottage cheese, two eggs, and a dash each of vanilla extract, cinnamon, and nutmeg. Process in a blender until smooth. Cook the mixture like a regular pancake.

You may think you don’t like soy-based foods, but that could be because you don’t cook them right, says Beckette Williams, R.D., a San Diego-based personal chef. “Tempeh can be really bland, but if you jazz it up with herbs and spices, it’s a great substitute for potatoes.” Her recommendation: Saute a couple of cups of thinly diced tempeh with garlic and onions. Then pour a cheese sauce (sharper is better) over the tempeh cubes and bake for half an hour.

Even instant mac and cheese can go lower-carb; use only half the pasta in the box and bulk it up with a couple of cups of frozen mixed vegetables, says Sandra Woodruff, R.D., coauthor of The Good Carb Cookbook.

Pasta Salad
Substitute: Mixed vegetables or black beans for half the pasta

Same idea as the mac and cheese, but try black beans, diced tomatoes, and chunks of ham, tuna, chicken, or hard-boiled eggs, suggests Richard Ruben, an instructor at the Institute of Culinary Education in New York City. “These kinds of salads are a blank slate, so you can top them with anything from a creamy blue-cheese dressing to vinaigrette, or even lime juice and slices of avocado,” Ruben says.

Just crazy enough to work: Cut sticks of string cheese into quarter-inch-thick slices and scatter the rounds on a cookie sheet coated with nonstick spray, leaving them an inch or two apart. Bake at 375 F for 4 to 5 minutes or until the cheese melts and turns golden brown. Let them cool, then peel the chips off the tray.

Carbs Eliminated: Up to 90 g per serving

Cut the gills out of the inside of the mushroom, says Ruben, “then place the mushroom on an oiled cookie sheet and bake for 5 to 10 minutes so it dries out slightly.” Add tomato sauce, mozzarella, and pepperoni or other toppings and broil until the cheese begins to melt.

Carbs Eliminated: About 20 g per slice

Mixing diced eggplant with ground beef is healthier and more highbrow than this old skillet special—call it moussaka American style. You have to soften the eggplant first, says Williams. Cut it in half, brush it with olive oil, and then broil for 10 to 20 minutes. “Let it cool, dice it up, and mix with hamburger, tomato sauce, and spices,” she says.

Slap your turkey and Swiss onto a leaf of cabbage and roll it up. “I’ve made some great-tasting BLTs using cabbage instead of bread,” Battaglia says. Dip the roll in low-fat mayonnaise or mustard. Or other veggies will work too. 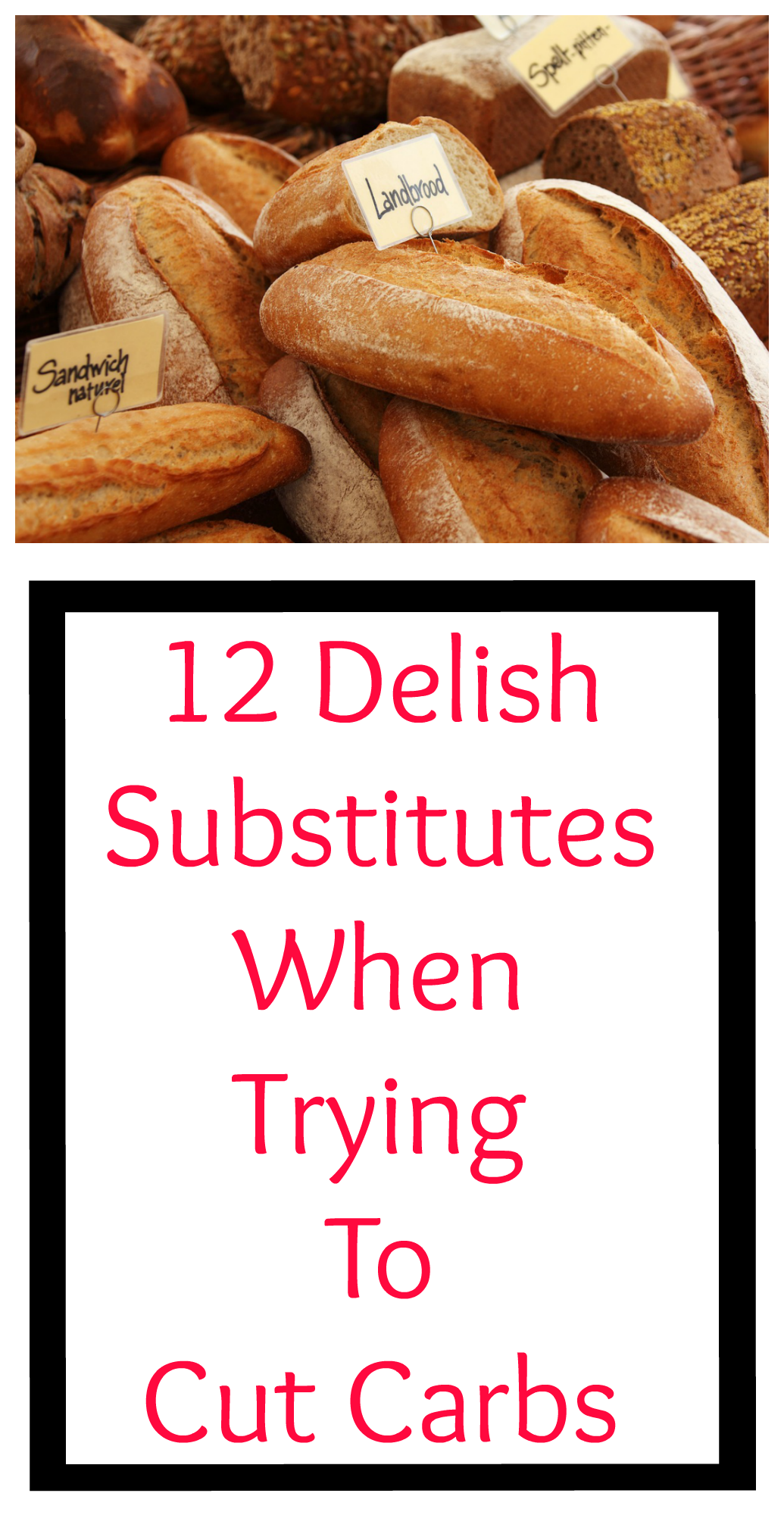