If you’re a mom, you will want to read this post. Juggling your life now as a mom and trying to not lose yourself can be tough. Mama Lion has some words on the subject on how she is dealing.
If you are interested in Joining the Love or 30 Project, please email me and I will give you all of the details to guest post. Mythirtyspot[at]gmail.com. 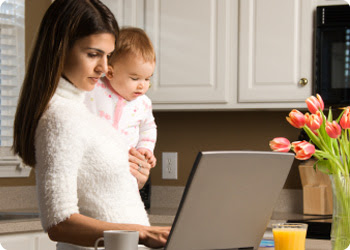 Before I blogged about being a mom I blogged a lot about, well, myself. Just me and my husband and occasionally my best friends or family would make it in a post or two. I remember starting the blog right when we were leaving to move from Utah to Arizona. I blogged our move and our drunken nights with our dear friends who helped us move, I blogged my college graduation and my husband’s college graduation. I think it is safe to say I was pretty obsessed with how I awesome I was. I mean, I was all I had to worry about, DO for, take care of, etc. I didn’t have to worry if my husband was eating or not, didn’t have to worry if he was sick or not because if he was he would handle himself. I didn’t worry about how my behavior was affecting his self esteem. I worried about ME. Obviously I cared about him, I just wasn’t having to take care of him, does that make sense?I feel like I had much more of a sense of who I was back then before now – three babies (and one on the way) later.I DO know who I am: Honest, fun, creative, curious, mathematically challenged, extremely caring, codependent.And I know for sure who I am not: Dishonest, boring, mean.But as far as feeling like I have an identity? That left me somewhere around 2007 I think. As soon as we started getting (and losing) pregnancies I became focused on being a mama. Then losing our daughter in 2007 (born stillborn) cemented me more into the role of mama. But what does that mean? I am Mama….Hear Me Roar? I Am Mama And I and Drive A Mini Van? I Am Mama, I Rock This MiniVan And Run Marathons? I mean really? Today while driving the cubs home I saw a minivan with a bumper sticker that said ‘Momathoner’ and I thought “really?” like now we really have the need to proclaim that yes we are driving this minivan but damn you if you think I am just a mama, I ran a marathon! I RUN! Should my bumper sticker say ‘Mamacoffeebeerbabe’ ?

I wonder if it is because I don’t work outside the home? Is it because my job is being home raising a two year old and a three year old? If I get on Pinterest or read certain blogs I get insanely down on myself because I am not ‘that mom’ – you know the one? The one that’s super skinny in a very fashionable outfit who just threw like a thousand dollar party for her kid’s second birthday? While her husband stares adoringly at her, showering her with presents and money, all the while she has one million comments how beautiful she is and what an amazing party she gave to her two year old! Ugh! I mean being “that mom” is obviously her identity, but it’s certainly not mine. Give me Chuck E Cheese’s over that crap any day. Have the party, eat cake, play games, go home!
I have a lot of friends that are mamas that work and a lot that don’t work. In that group I have every kind of mom on the spectrum: The overachieving mom, the glamorous mom, the control freak mom, the hippy mom, the uptight mom, the really laid back no schedule mom, the drill sergeant mom. I learn a lot from each of my girlfriends and their parenting. I also am starting to wonder if all of our identities are sort of tied up in our kids? I just defined my friends with their parenting styles, do they do the same for me? And do they think of themselves in terms of the type of mom they are? I haven’t identified yet which type of mom I am, maybe that’s why the identity thing is also a struggle? Do my friends with jobs outside the home have more of an identity because they talk to professional people all day? Do my friends who don’t work feel as identity-less as I do? Are we all just morphing into these crazy 30-somethings trying to balance it all?
Before I had kids I tried to eat healthy as much as I could but it wasn’t a huge priority. I had beer to drink and frozen pizza on the ready! Now that I am feeding (and molding!) two toddlers I am a lot more into what we are eating. Is it organic? Free range? All the choices can make me crazy! Before having the babies I just thought immunizations were fine all around, who cares. Now that I have babies I have researched the hell out of  vaccines and delayed certain ones and have not given the cubs certain ones. It’s like everything now,  as a mama is a DECISION. Even as far as scheduling naps versus not scheduling naps. TV versus no TV. One of my friends doesn’t have any ‘screen time’ whatsoever at her home because her children are super sensitive to it. I told her not to judge me but pretty much my kids watch an entire movie 5 out of 7 days a week. She had a great response ‘Dude, you do whatever works for your family, that’s all that matters.’ and yes that is what matters but isn’t it also who the hell thought TV versus no TV would be this big of a decision in our life? All these decisions take up time and space in our brains and hearts which in return is molding our identities a bit, don’t you think?I’m constantly worried I am not doing this right, this parenting thing. I am constantly beating myself up over a mistake I made, wondering how it will impact my sons while they grow, what they will discuss in therapy about their insane mom. Is it going to be “well your mom had no identity so that is why you couldn’t watch Nickelodeon which ended up projecting her identity onto you leaving you with an addiction to Nickelodeon.” I mean seriously! I have asked my mom if she ever worried she wasn’t doing ‘it right’ while raising us. She said no, she never worried about that and as far as she knows neither did her friends. So what is with us? This group of kids raised by baby boomers who are now raising kids? I know for sure most things are a competition – I think we can blame that on Facebook and that damned Pinterest. I also think maybe we just want them to have what we didn’t have and damnit we are doing it RIGHT! We obsess about this parenting thing. I know I do. We read every blog, every book, every post we can get our hands on before deciding if bedtime schedules are a good idea or not. It’s exhausting! I have one girlfriend who told me the only things she reads are parenting books – honestly, she doesn’t even read blogs. That might be why I feel like my identity has gone missing. I spend so much time researching behaviors of my children that I don’t research things for myself. I don’t spend nearly enough time on ME. Whether that is on reading something I want to read that has nothing to do with my kids or going out with girlfriends or spending time scrapbooking (something I really love to do) I haven’t chosen to make it a priority right now. Oh and before you say “well I don’t have time for ME” don’t even say that because that’s bullcrap – the sentence should be ‘I don’t choose to make time for me’ because anything we want bad enough we make time for. So, it sounds like I get to start making my identity more of a priority!

Mama Lion blogs at The Mama Lion where you can read more of her posts on being a mother and juggling it all.