We have all experienced those crappy dating situations. There are many lessons to be learned, and many stories to be shared with your girlfriends “He did what?!?”
Angela has shared with us all that she has learned during her dating days in her 20s and offering a some advice. Angela decided that she will not go through her 30s, making the same dating mistakes.
If you are interested in Joining the Love or 30 Project, please email me and I will give you all of the details to guest post. Mythirtyspot[at]gmail.com 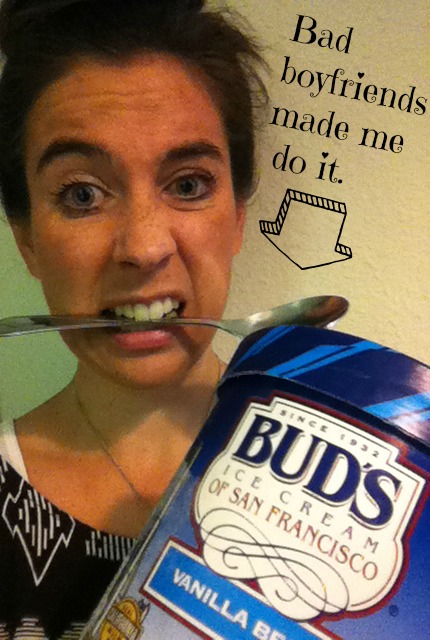 My 20s were a complete dating disaster. In my early 20s I dated Mr. Seriously Wrong for 5 years and then fell into the bad boyfriend trap over and over. I really started to think that all men out there were crazy and then I started to think that maybe I was crazy. Do I attract the nuts or what?!?
It took me until 29 to have complete clarity. I experienced a dating epiphany. No, I was not crazy and either were they (okay maybe they were a little). I had been repeatedly making the same dating mistakes. Once I realized it, I vowed to never let them happen again.
Mistake #1- I Tried to Change the Man

There was always something I didn’t like about my boyfriends. Too loud, too sarcastic and the list continued. Overtime I would find myself trying to change the things I didn’t like. This resulted in the man always feeling inadequate and I always felt like a nag.
The Moral Is…
If you feel the need to change things about the person you are with, they probably aren’t the one for you. When you find the right one you won’t feel the need to change them. Nobody is perfect but when you find Mr. Right you love him for who he is, good and bad.
Mistake #2- I Stayed When My Needs Weren’t Met
I used to complain to my girlfriends about something that my boyfriend wasn’t doing. One boyfriend would go the entire day without texting me but would be blowing up Twitter all day. That used to bother me a lot. When I expressed to this boyfriend that it makes me happy to receive texts he responded by trying to make me feel like I was requesting something crazy. Nothing changed because he didn’t feel it was important. I should have realized that if it was that important to me, and he wasn’t willing to meet my needs, then I shouldn’t settle for less.
The Moral Is…
Mr. Right wants to make you happy. It’s a huge red flag if a man is only willing to give the relationship what he wants and not what you want. If you realize that you are the only person putting in the effort or always having to sacrifice your needs… RUN!
Mistake #3- I Turned to My Girlfriends For Advice
Whenever something wasn’t going well in a relationship I would turn to my female friends. What’s wrong with that?!?! If you ask a female for relationship advice you are going to get a female perspective. I fell into the waiting and wondering trap way too many times as a result.
The Moral Is…
Consult with a male friend. Trust me. They will give you very simple answers. Example, if a guy isn’t calling then he doesn’t want to call you. An interested man doesn’t want his lady to get swooped up.
As I mentioned, I vowed to not ever repeat those mistakes. I didn’t and Mr. Right found me just in time to kiss my bad boyfriend 20s goodbye.
You should totally follow or contact Angela here:
Blog: Embrace Enchanted
Twitter: @EmbraceEnchantD
Email: [email protected]