We have all experienced it. Trying to figure out our own way with what we want to do with our life. We have also experienced not so pleasant work experiences, but the contributor for this week’s Love For 30 Project has seen and been through a mess of bad working experiences. Joy Uyeno has come out the other end finally finding her way now that she has hit her stride and her 30s.
If you are interested in joining the Love For 30 Project and share your own story, please email me, [email protected]. 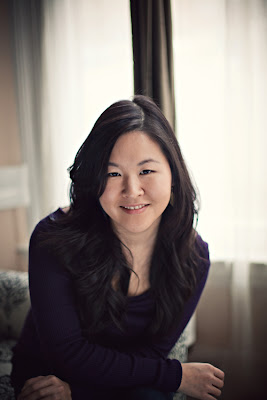 Up until rather recently, I changed jobs the way other people switch out their purses. Between my first job in high school and this, the last few months before my thirtieth birthday, I’ve had eighteen jobs. Nineteen if you count the day that I worked at Harrods. I quit when told me that, should the store undergo a terrorist attack, I would be among the last to be evacuated – and then they scheduled me for a sixty-hour week. I doubt anyone would count that.

Some of these jobs were pretty well aligned with my English degree: tutor, textbook editor, book designer, newspaper columnist, magazine writer. But I also worked as a salon manager, barista, and salesperson. I took positions at a chocolate shop, a baby boutique, and a Buddhist peace institute.

Soon after completing my graduate degree, I took on a full-time job at a detective agency. When I tell people about this period of my life, they immediately imagine a film noir-esque office; wooden doors with frosted glass windows and standalone racks perfect for dramatic fedora snatching. But the reality was all halogen lights and plastic cubicles, with only the buzz of the air conditioner to break the silence. The detectives spied on people to determine whether or not they were committing insurance fraud. My job was to edit the reports, which, as you can imagine, were pretty depressing. Soon, it seemed like everyone would eventually live a life limited to prescription pick-ups and subsequent visits to liquor stores. After a few months, a co-worker showed me the video cameras the executives were using to spy us, their employees. I lasted six months and cried almost every day.

After a number of contract positions with no full-time offers, I packed up and moved from Boston to Portland, Oregon. I’d experienced a slew of personal catastrophes and thought a fresh start in a rainy city would wash away all those bad feelings, and in a lot of ways it did, but not because of any great career highlights.

I took a temporary position as an executive assistant at a software company downtown. By all appearances, it was good place to be. Huge glass windows overlooked the Willamette, and on sunny days there was a clear view of Mount Hood. With the exception of the executives, everyone was young and fresh. My co-workers were well-traveled, highly educated, versed in art and music, and surprisingly lacking in tattoos and piercings.

But I quickly discovered that the moment I stepped through those glass doors, I went into a vacuum that took me back to the 1960s. People told me that I’d been hired because I had “the look.” One day, when I told the CEO that the printer wouldn’t accommodate the paper he had, he threw a stapler across the room, past my head. Because I’m Japanese (but born and raised in Hawaii), the executives put me in charge of wrapping a room full of gifts in traditional Japanese style – it took hours of Googling to figure out what that meant. They greeted me with, “Ohayo gozaimasu!” and confused me with my half-Japanese co-worker, Lindsey, who confided in me that she was purposely drowning the bonsai trees because she was sick of being told that only she could care for them. Lindsey and I ended up becoming great friends, but when the company offered me a full-time position I turned it down.

There were a couple of other jobs – one that paid less than I’d earned as a barista in high school, and one in which the CEO said that he didn’t mind “throwing some money” my way but that I should work full-time for part-time pay to “pitch in” since I was lucky to be there. Because, you know, the economy…

Through all of these jobs, I wrote. In my early twenties, I was offered a position as a travel columnist at a local paper, which opened the door to magazine writing. But I didn’t want to be a struggling artist with no health insurance, waiting around for the next piece to publish so I could get a paycheck.

My best friend, James, watched me struggle through all of this. He’s thirteen years older than me – the product of a thriving economy in which he easily transitioned from magazine editor to network engineer. Somehow, this didn’t diminish his ability to sympathize with me, to listen to all my frustrations and let me soak his shirt collars with my tears on countless occasions. When we finally got it together and admitted we’d always been in love, I put all my things in my Honda Fit and we drove back to Boston to live happily ever after.

On the way, we stopped in a hotel in a small Midwest town. Several men sat in the lobby, all with hair combed straight back so that it sat, cloud-like, on their heads. When I brought it up, James told me that he wore his hair that way in college until a stylist put a stop to it. “Your hair wants to go sideways, like this,” she’d said, combing his hair to the right. “You need to stop fighting your hair. It doesn’t want to do that.”

I realized then that I was fighting myself. What I really wanted to do, where I really thrived, was as a freelancer. Fourteen years and nineteen jobs, and what it took for me to see the light was a story about a bad hair decision and a $15 haircut.

Since then, I haven’t applied for a single job, though I work more hours than ever before. My time is divided among projects – my web design company, my writing and design clients, and my blog, Frock Files. We like to say that I have a full-time job- and-a-half, which is true when you add up the hours. But at the end of the day, I used to feel like I’d walked through an automatic car wash, and now I feel like there’s more that I want to do. I love my weekdays and weekends equally.

Each night, I lie in bed and listen to James’ even breathing. I let my mind dance with all the ideas I want to unravel in the coming days. I dream of them, and him. And when I wake up, it’s all still there.

When I wake up, I am happy.

Bio
Joy Uyeno writes daily at her blog, www.FrockFiles.com, about simple ways to live a happy and beautiful life. Follow her on Twitter @FrockFiles and on Facebook at www.facebook.com/frockfiles.