This week our guest blogger is Carissa DiGiovanni. Carissa shares her personal story of how it wasn’t until she reached her thirties that she finally figured out what she wanted from life. A long journey through her twenties, lots of schooling and a new found excitement into the next decade to use everything she has learned, including learning about herself and what really makes her happy. You can follow Carissa on twitter @CarissaDi
I am still open to any gals that are interested in guest posting. Just email me at MyThirtySpot@gmail.com. 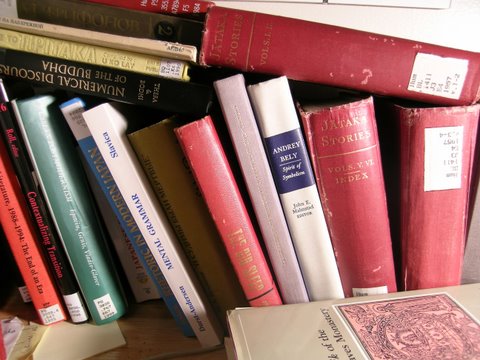 I’m guessing those of you reading My Thirty Spot are smart women. This site is substantive, it gets you to think about entering a new decade in your life, and it does not use the word “situation” as a proper noun. Well, I was an overachiever myself since before I can remember. Talking and walking at ten months, gifted program, math team, A.P. courses, academic awards, scholarships–that’s almost 18 years of positive reinforcement. I’ll admit it. I got a little addicted.

So addicted, that, by the time I was 29, I had three master’s degrees. Wait! Let me explain. I did take a year off between college and graduate school, just to see how things were in the real world. After working at a law firm, dog-washing (for one day, I swear), giving rich ladies advice on what to wear, and teaching refugees English, though, I missed school.

I returned for a master’s degree in women’s studies. I was 23 at the time, and excited about a potential career as an academic. I could really see myself teaching about sexism while researching important women’s issues. But by the time I graduated from the program at 26, I was tired of French feminism writing and its boycott of that all-important punctuation mark, the period.
At that point, I probably should’ve taken some time off school to understand what I wanted to do with my life. Unfortunately, though, that academic addiction was hard to shake.
I matriculated at another school—luckily, with a full ride—to study creative writing. I had been writing poetry and fiction all my life and thought I’d explore that side of myself. If I didn’t want to be a women’s studies professor, maybe I could be a creative writing professor?

So I spent three more years of my 20s completing a Master of Fine Arts in creative writing. A professor suggested to me I fit five more classes into my schedule, which would allow me to graduate with dual master’s degrees in creative writing and English. I bit. After all, three must be better than two, right?
And that’s how I ended up with three master’s degrees at the age of 29. I liked creative writing more than women’s studies, but I just couldn’t see myself teaching full-time. So I moved back home to Chicago—and panicked. Who wanted to hire an almost-30-year-old with multiple advanced degrees, one year of experience outside the classroom, and an unclear career path?
That was something I got asked on a regular basis as I applied for jobs. But I persevered. I worked with my university career center, emphasized my transferable skills in my resume, networked with my alumni networks, and practiced for interviews. A temp agency took a chance on me and I started working for United Way, doing soft accounting for their giving season. (Those years on the math team had come in handy.) I settled in and started crunching numbers.

I realized at 29 ½ years old that I knew what I wanted to do—to work at a non-profit. I was in love with the idea of making a difference; all those years in academic feminism, in teaching, hadn’t been a coincidence. It was exciting being at United Way, watching donations roll in to help nonprofits of all kinds. I knew, though, that I wanted to use my writing degree, so I told my boss that I wanted to keep looking. She was very supportive, and I kept applying for jobs.

Less than a month after my thirtieth birthday, I got my wish. I was hired at a major university’s fundraising department. I wrote and edited to my heart’s content: letters, proposals, brochures, reports, and e-blasts. My writing degree came in handy, especially as I ghost-wrote for various university leaders.

As I settle into my thirties, I have realized that nonprofit writing is the career for me. I can be creative, I can use my women’s studies degree to understand college diversity issues, and I can use my years of being a student to understand their needs and issues. Sometimes I wish that it hadn’t taken twenty-nine years, but I wouldn’t trade my experiences along the way.