A few weeks ago I introduced an amazing all-women’s sailing team – Team SCA. I had the pleasure to be invited to meet the women from Team SCA, their crew and support team in Newport, RI a few weeks ago.

The team is currently in a world-wide sailing race, the Volvo Sailing Race against 5 other teams, whom of which are all male. All teams were coming from their latest leg of sailing from South America, stopping in Newport for just over a week, then heading off to Lisbon, Portugal. They will then go from Lisbon to Lorient, France to The Hauge, Holland then ending the 10- month race in Gothenburg, Sweden for a total of 40,000 miles of sailing. 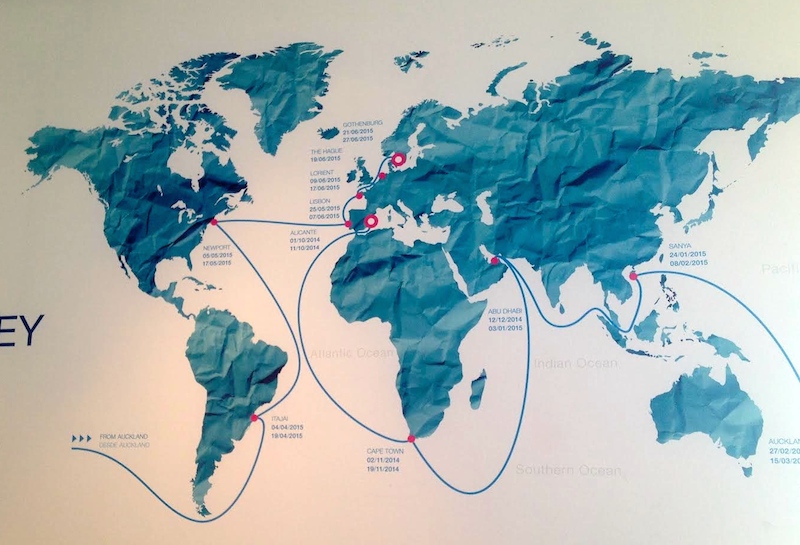 These women are some bad-ass, hard-core ladies and I couldn’t have been more excited to be in their element for a couple of days and see all the behind-the-scene of what really goes into a worldwide, 10 month sailing race. So many logistics and so many details that need to be taken care of. Each time the sailing boats stop at each city, their crew uses it like a pit-stop in an Indy 500 car race. They clean, freshen and make sure that everything is running smoothly for the teams so there isn’t any issues while they are out in the middle of the sea. 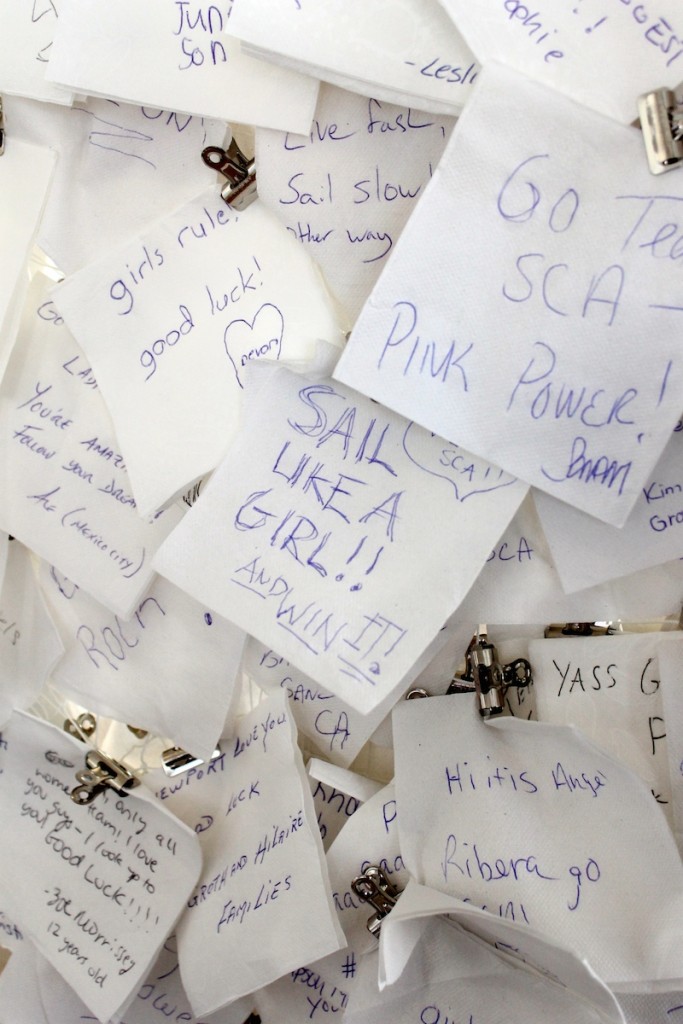 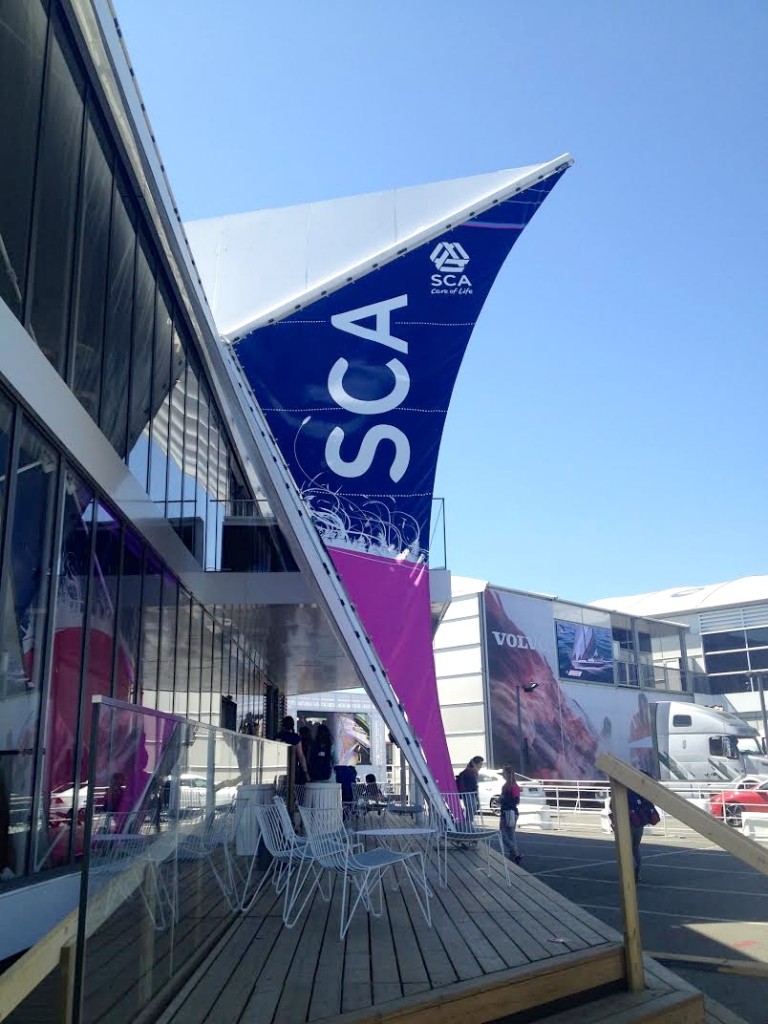 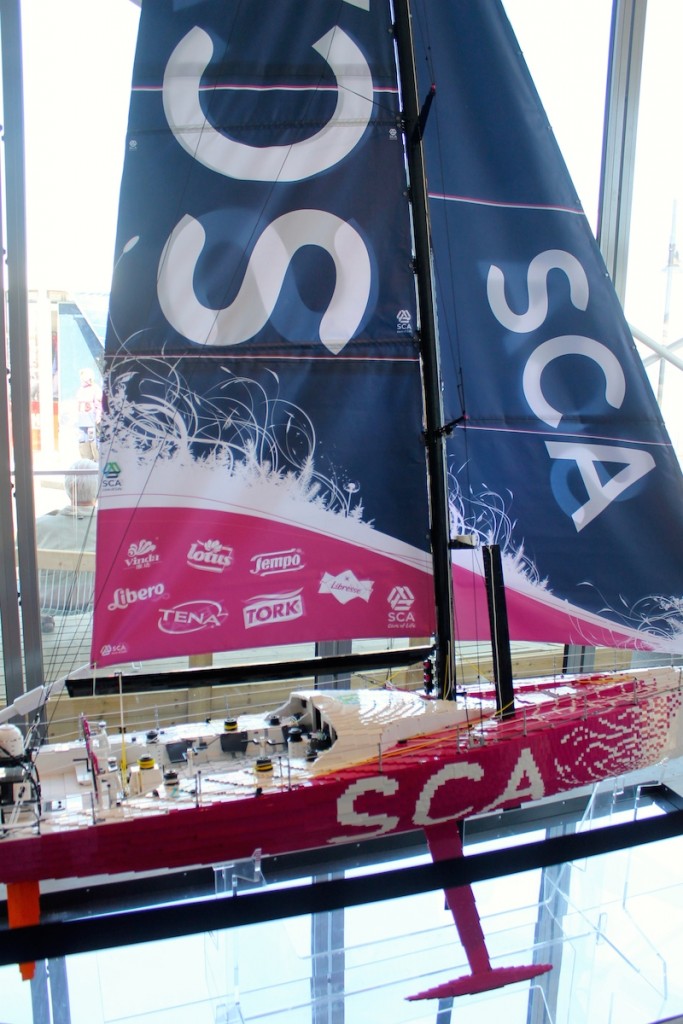 It was such an amazing two days to meet the team, the crew and see behind the scenes, but I also learned about SCA the company and they are doing some amazing things for women around the world. We were invited to attend a seminar by SCA and Water Supply and Sanitation Collaborative Council on menstrual hygiene. It is unfortunate, but women and their menstral cycles are a taboo to talk about in the US, but it can be much more of a taboo to discuss in other countries and only 23% of women worldwide have access to menstruation hygiene. This can mean that young girls are not educated about what is happening with their bodies and end up using corn husks or newspaper, or they don’t use anything. A lot of girls in other countries are also discouraged from attending school when they are on their period each month, thus missing out on all that education each year, and that can really add up. For most girls, once they get older, they have missed so much school, that they just end up dropping out of school.

The seminar really opened my eyes to an issue I never thought about because I have never had to go without. But SCA is a leading global hygiene and forest products company. I love that they have taken this issue seriously and has brought education and free feminine products to women and girls in other countries. Their goal is to get people in all countries, including ours to talk about it more, and make it not so taboo. Which is super important.

While the teams are enjoying some land time, some get to see their families and get to enjoy real food. These sailors eat freeze dried food cooked in water and can be at see for up to 28 days! While in Newport, there were some Pro Am racing against the other boats. This event is so fun for the crowds to experience, or for someone like me, who actually gets to be on the sailboat and race with the SCA team against the other teams in the bay! I couldn’t believe that I (who has never sailed before) would be with Team SCA and help them sail in a race! It was one of the most thrilling and exciting things I have ever done! 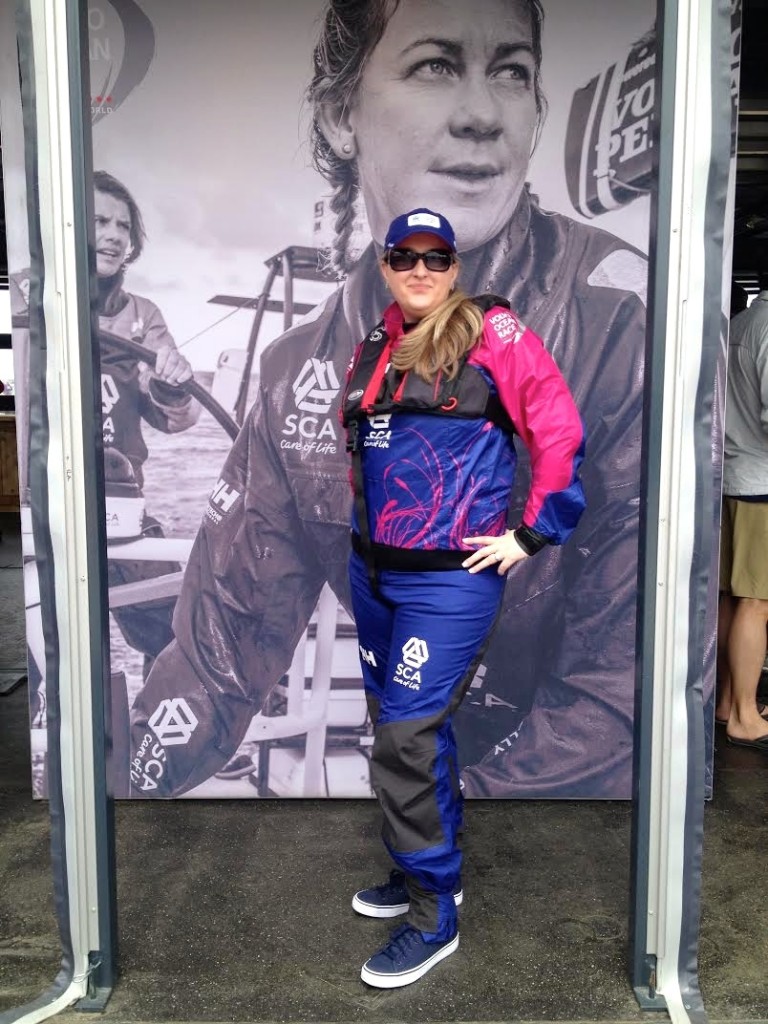 All geared up for the Pro Am race. We came in Third place! 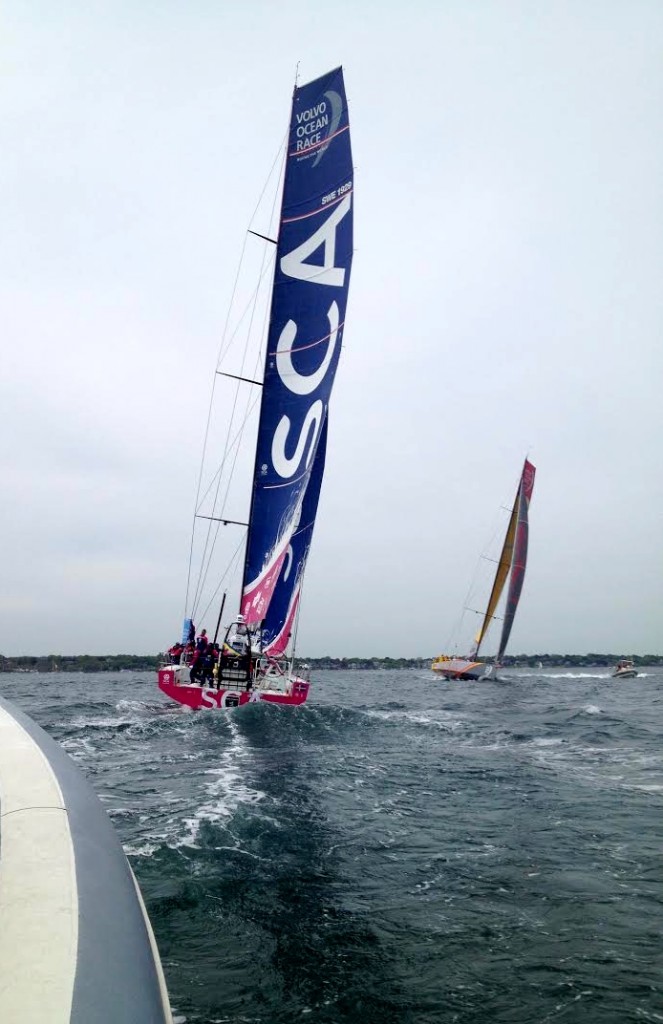 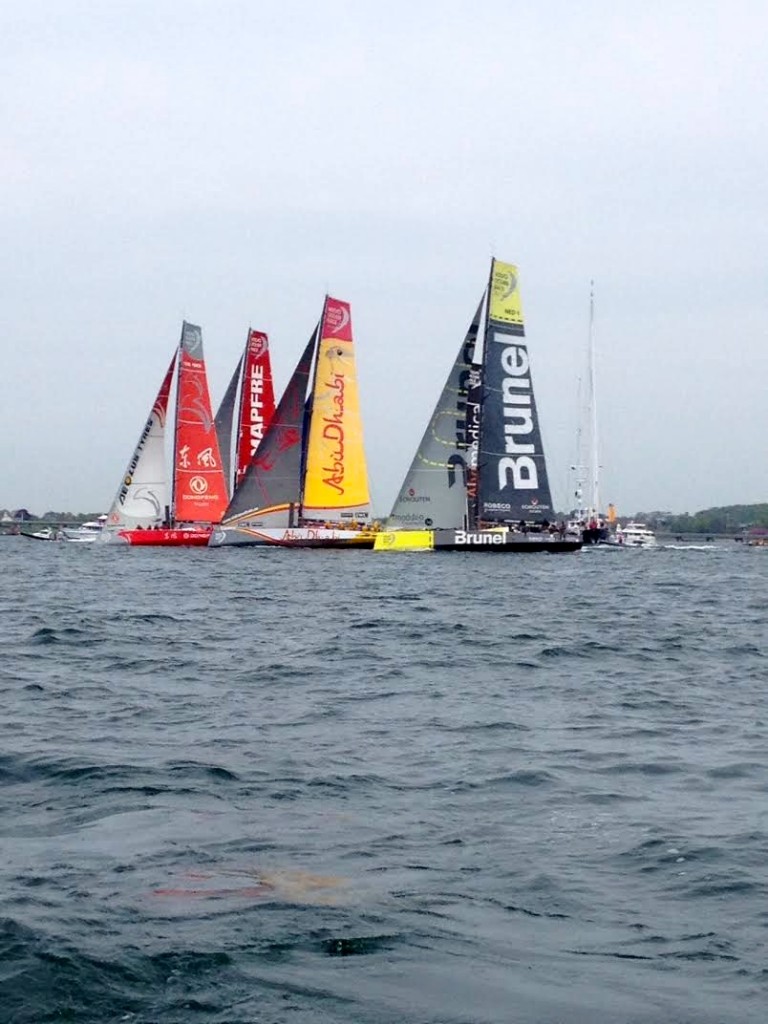 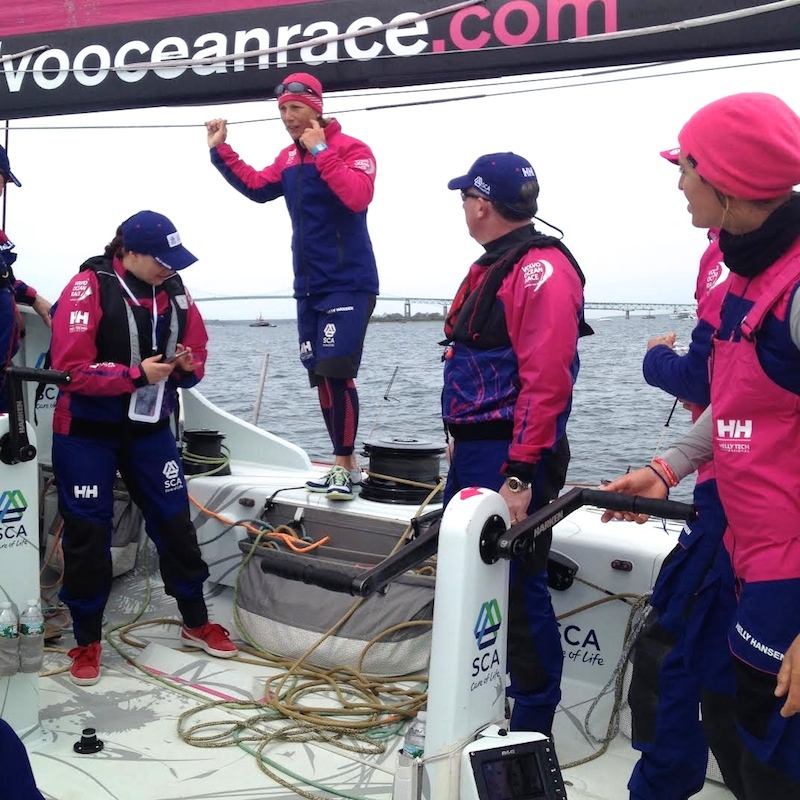 These pics are of the marina around Newport, RI. It was so beautiful! 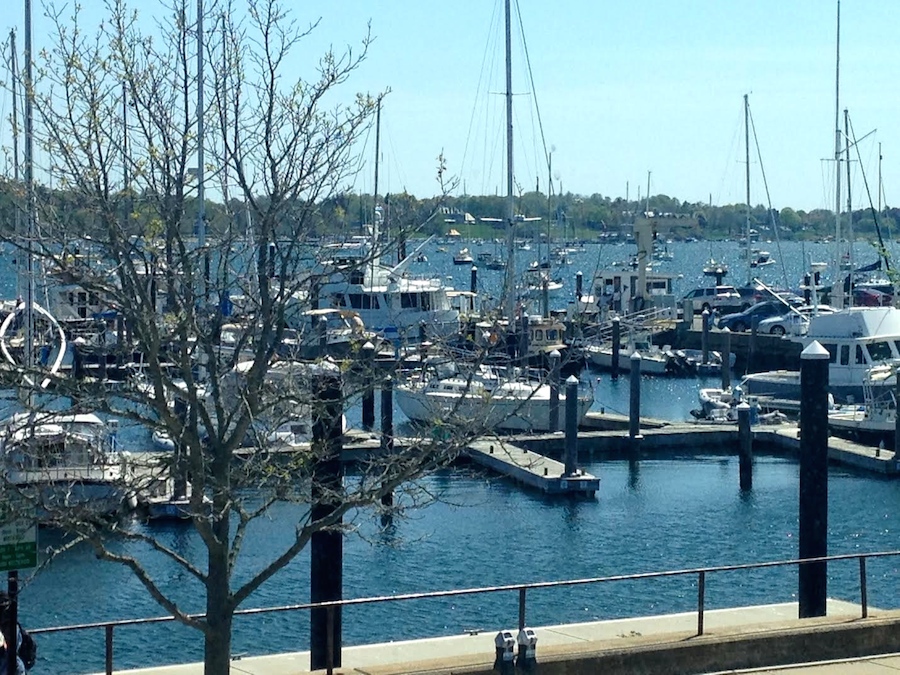 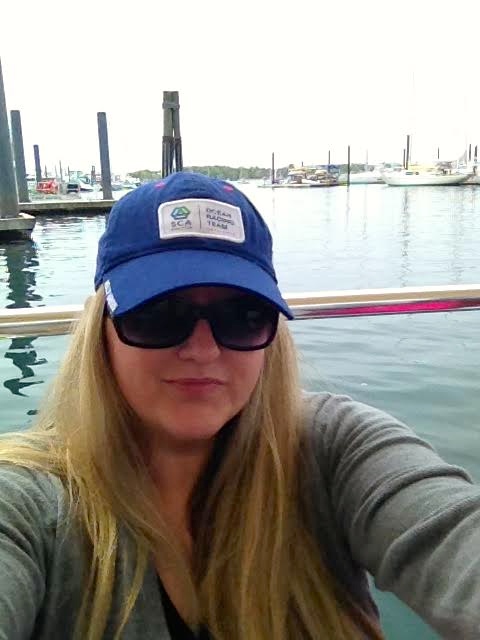 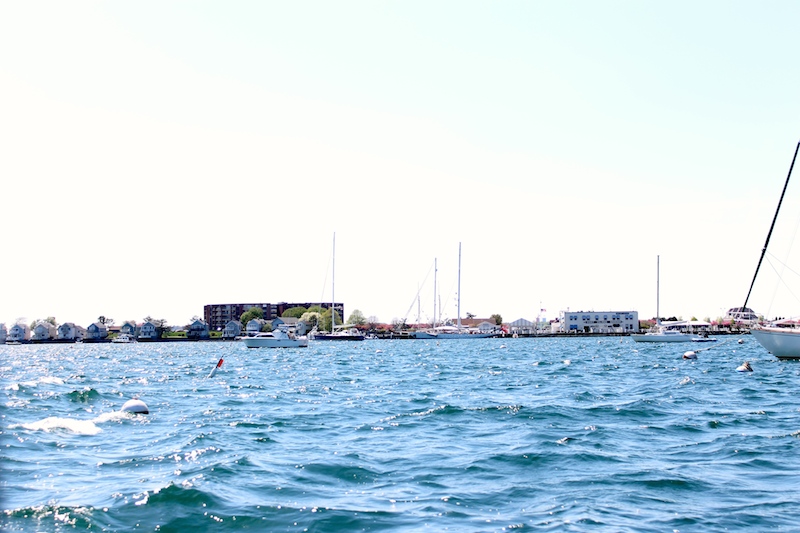 These women of Team SCA are so inspiring, and you can read more inspiring stories and even add your own story. For every photo uploaded SCA will donate 1 EURO to the World Wide Fund for Nature, WWF. You can read them here, or add your own.