If you are interested in guest posting for the Love for 30 Project, please email me for all the information! Get some new eyes on your blog or social media!  [email protected] 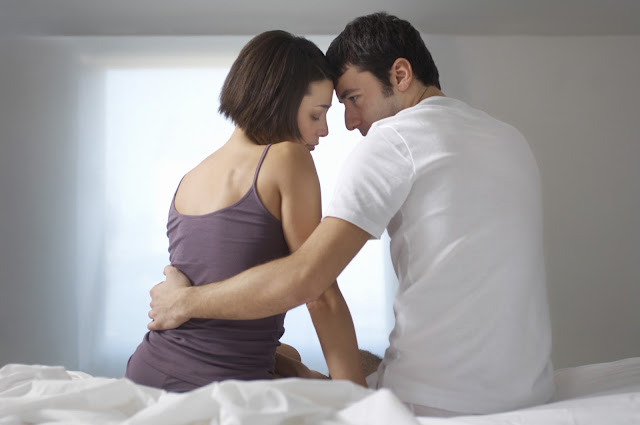 As long as I can remember, I’ve wanted to be a mom. I loved carting my dolls around in their little stroller and changing their pretend diapers. When I was about 5 years old, I even asked my mother if they should perhaps be breastfed instead of living on formula in fake bottles. It seemed logical at the time.
Everyone always assumed I’d start a family early. Unfortunately, throughout my 20s, I never met anyone I liked being around for more than a week, let alone long enough to gestate and raise a human being. Then 20-something turned into 30-something and I started to worry that it would eventually turn into 40-something, and I would turn into a spinstery cat lady.
And then, when I least expected it, I met my boyfriend. Not long after that, at 32, I was pregnant. While it was a surprise to both of us, we were happy to be given a tiny miracle. I was finally going to have a family of my own.
Once I found out I was pregnant, I immediately started counting everything we did in weeks. What little organs would the baby developing on this week? At what week would he start punching me in the bladder? If we planned to go out of town on this week, how fat was I going to look?
Despite our excitement, we waited to tell people our news until it was considered “safe.” Every doctor’s visit showed a healthy, wiggling little alien that unfortunately made me feel like I was on the verge of death.
To say the pregnancy was a difficult one would be an understatement. I could barely keep down more than about 500 calories a day. My active social life dissolved as I went into a stupor of fatigue. Everything hurt all the time. Muscles in my back and legs cramped, bones felt like they were going to break, my head ached constantly and I struggled to keep from passing out every time I stood up.
At our 12 week appointment, my boyfriend and I saw my tiny parasite kicking up a storm. We heard the rapid thump of a heartbeat on the Doppler. And despite how sick I was, I had never been happier than in that moment.
As I entered into my second trimester, we decided to tell people about our new bundle of joy. We shared ultrasound photos and I cried happily as people pulled me into congratulatory hugs, even though I am not much of a hugger or a crier. I hate crying so much that I’ve spent the past 33 years of my life avoiding any “heartwarming” movies just to avoid crying. Yet there I was, tearfully holding up blurry images for everyone to see.

But life is an unpredictable thing. The week after we announced our new baby to the world was a blur of emergency room visits and excruciating pain.

“You’re under 35 and healthy,” the ER doctors kept telling me. “The baby looks perfect, and you’re in your second trimester. Everything is probably fine.”
They said that a lot. “You’re under 35.” Apparently, when you’re 35, you’re automatically put into a high-risk pregnancy group. As if pregnant women don’t have enough to worry about without being labeled “high-risk.” We can’t even eat good cheese!
But I wanted to believe that this invisible deadline of riskiness was a few years away from me. My baby would be safe if I just repeated that mantra: “I’m healthy and under 35.”
Except he wasn’t. Despite these assurances that I was not in a risky group, we lost the baby.
The thing you don’t count on with a second trimester miscarriage is that your body thinks you’ve actually had a baby. You have months of physical recovery on top of the inevitable grief of loss. Why don’t we add on a heaping dose of postpartum depression, your hair and nails breaking off and some lactation, just to round things out?
And I kept hopelessly, tragically counting my life in weeks. On this day, I would have been this many weeks. During this week, I might have felt the baby kick.
Since we had already shared the news about the pregnancy, the next few weeks involved telling people about our loss. Congratulatory emails were still coming in as we were sorting through hospital bills. We kept having to see that maddening look on people got that said that they were sad for us and also wanted to get away from us as quickly as possible. People not knowing of our loss would ask me about my morning sick, and all I could think was that I would have done anything just to feel that sick again.
I felt isolated from everyone except my boyfriend and my mother. Friends, family, coworkers–they were distant people that I couldn’t possibly connect with again. I couldn’t look at pregnant women or infants without crying. More horrible, gut wrenching crying.
How did I find myself on this island? Why did this rare thing happen to me? What had I done to cause this?
What I didn’t realize at the time is that miscarriage is extremely common, especially in first pregnancies. The March of Dimes estimates that while about 10 to 15 percent of known pregnancies end in miscarriage, that number may actually be as high as 40 percent, with many women miscarrying before they even know they are pregnant.
That’s when women from all corners of my life began to share their stories with me. Whether they had children or not, most women that I talked to had been through what I had. Some women had multiple miscarriages, others went on to have healthy pregnancies. Every pregnancy was different, but every heartache was the same.
Perhaps it was because my miscarriage was so public among my friends and colleagues that I was given so much support. This silent epidemic was everywhere, and it happened to women of all ages. It wasn’t my fault, just as it wasn’t the fault of the millions of women out there who went through the same thing. It can happen in your 20s just as easily as it can happen in your 30s, and for every woman and her partner who face this loss, there are people in their lives who have been through the same thing and are there to offer support.
Finally, after a few months of talking, sharing, and yes, more horrible crying, I felt like my boyfriend and I were not alone.
I think a part of us will always be sad for the loss of the little person we watched kicking around on an ultrasound. But when we’re ready, we’ll start counting our lives in weeks again.

Slightly Serious is a former health and fitness writer turned relationship blogger. She lives in San Diego with her boyfriend, his two daughters and their two cats. She is an avid runner and coffee addict.