Want to join the Love For 30 Project? I would love to have you join this group of amazing ladies! Click here for more details, or email me: [email protected]

Tis the Season of Enough

My brief foray into the 30s has been a special season. I’m 30 +1 and have the luxury of working with 18-22 year olds who simultaneously make me feel like a teenager and a senior citizen. My age fluctuates by the hour and they never really know how old I am which is hilarious. 25 is the most recent guess, I’m going to let that one ride for a while☺. However, I never want to be 25 again.

I hit 30 and declared, “I thought there’d be more.” More people (a husband and a child), education (where’s that Doctorate), travel (I’ve still never been outside the country), money (why is making ends meet still an issue?), and just the general stuff like happiness and confidence. I mean, aren’t I supposed to be working towards “having it all”. Don’t get me started on that whole situation.  I ask of everyone, ALL of WHAT? Do I really want ALL of whatever it is? I’m not sure if I want all of anything including this smoothie sitting in front of me.

I was “happy” the first half of 30 because I attacked it like someone whispered in my ear, “now or never”.  I also wanted to prove to everyone else that I was cool with being 30 instead of owning all of the anxiety that came prepackaged with this new season of life. The second half of 30, I was exhausted and disappointed that my actions hadn’t led to my desired consequences. On top of that I was delusional as I started making some pretty bad decisions and saw perilous situations (well, actually a person) as an opportunity to obtain that “more” I thought would be waiting for me at the 30 Starting Line dressed in a black tuxedo with a single tear running down his cheek. 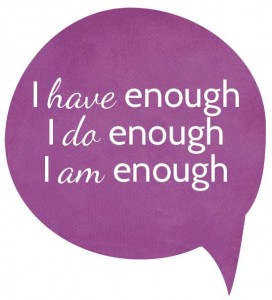 31 on the other hand brought me to, “I think there’s enough for now and I actually might want less.” Don’t get me wrong, I might still want to get married, although I’m quite unsure about contractually binding myself to a person. Sure, I’d love to get a Doctorate, but I might want to figure out why and in what area of study, and yes, I greatly dream about big travels but I’ve got to be smart financially and I’m kind of enjoying my visits to all the great American cities (San Francisco in April, anyone?). I still have dreams but not attaining those dreams isn’t making me feel like I’m less of a person. Instead, I look at all of the things I have accomplished and am pretty impressed by myself. Another person won’t make me whole and neither will a Ph.D or a 16-hour plane ride. This is the realization that smacked me in the face at 31. The old adage of “less is more” is an old adage for a reason. It holds up.

Focusing on my strengths and not my weaknesses is what has been getting me through 31. I started it with a book drive for a local non-profit and raised over 450 books for students in Nashville public schools. What I’m able to give brings me greater satisfaction than what I’m able to accumulate. I desire less stuff leading to a moratorium on shopping, a removal of all of the fake hair I’ve worn for over the past year and a return to being natural falling in love with the hair God saw fit for me to have on my head, and no more hanging out with people who I don’t really like just to say that I have “friends”. I spend more time on my couch and adventuring though Nashville on solo missions with the goal of only putting quality experiences on my calendar and sharing those things with people who add to my existence.  A Friday night at home no longer makes me feel defeated instead I see it as a gift to focus on things I actually care about rather than running around the city feigning happiness at imbibing alcohol around a table often without dance opportunities (I love a good opportunity to dance).  I have found that my best dance opportunities take place in my living room and no, you’re not invited.

I am actually enough. I do enough all day. I’m beautiful in my natural state.  I’m the only me I’ve got and I must desperately love her and I have to give her grace for no one is perfect but the vast majority of us are trying our best every day.

I’m currently sitting in a coffee shop in workout clothes with my natural hair in all its glory and I’ve cancelled an engagement that I just don’t want to go to.  The 30- year- old version of Krystal would have been appalled at this display. Thank God she’s out of my life.  She is just so last season. 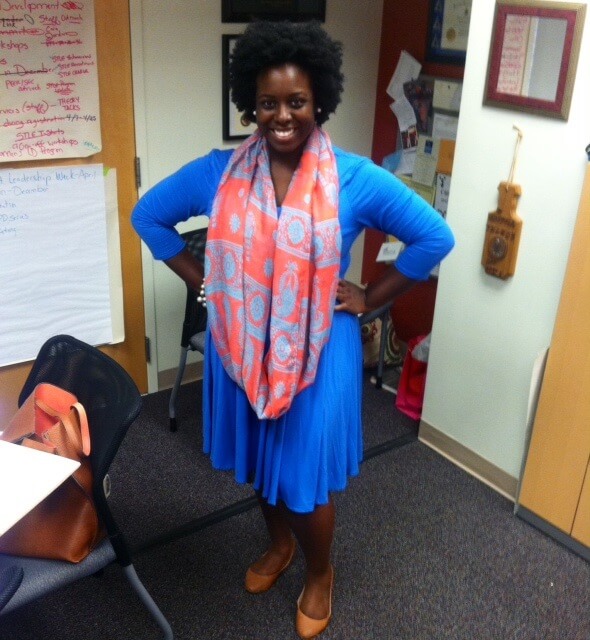 Krystal Clark, M.Ed. is a native of Portsmouth, VA. Her undergraduate degree in Sociology/Psychology was earned at The College of William & Mary in Williamsburg, VA and her M.Ed. in College Student Personnel was obtained in 2007 from The University of Maryland, College Park. Upon graduation, she moved to Durham, NC and worked in Fraternity & Sorority Life at Duke University. Krystal came to Nashville, TN in May of 2011 to work as the Associate Director of Greek at Vanderbilt University. In May 2013, she began her new adventure as the Associate Director of the new Office of Student Leadership Development at Vanderbilt. Krystal is the Vice President of Membership for the Junior League of Nashville, VP Communications for Delta Delta Delta Fraternity Nashville Alumnae Chapter, Reader for Book ‘Em/Reading is Fundamental, a past member of the Board of Directors for Girls on the Run Nashville, a member of ACPA (College Student Educators International) and currently volunteering for her 10th year College reunion. Clark was a finalist for the Nashville Emerging Leader Award in the field of Education in 2012. When she’s not working at Vanderbilt she serves as a speaker/facilitator at college campuses and volunteers with men’s and women’s fraternal organizations. She’s an avid concert and movie-goer, reader, volunteer, and believes in being a tourist in her current city of Nashville, TN.  Since 2011 she’s blogged over at peculiarpearl.com.