It seems as though, through most of my dating life I was either trying to forget about an ex-boyfriend, or try to figure out what went wrong with the relationship.

Just when I thought I would never give them a second thought, my girlfriend ran into a mutual friend who knows my ex. Obviously, I was very curious.  After more than a decade of not seeing him, why am I so intrigued as to “where is he now?”  As soon as my friends mention, “I ran into so and so,” my heart still skipped a beat.

It has nothing to do with  having feelings still, or any regret, but there was always the thought of what-if? Always in the back of my mind, secretly waiting for that phone call to beg for my forgiveness and say that I was the best thing that ever happened to him. Not so we could get back together, but just for my ego.  Hearing the updates from my friend about my ex and his current status, made me realize a few things:

After hearing about what his life is like more than 16 years later, helped me realize I couldn’t be happier with my life and it was also thanks to him. I guess what they say is correct, everything happens for a reason. I believe that everyone has to have that one relationship that is so rough, and breaks you to your core that you can only appreciate goodness when it is your turn. 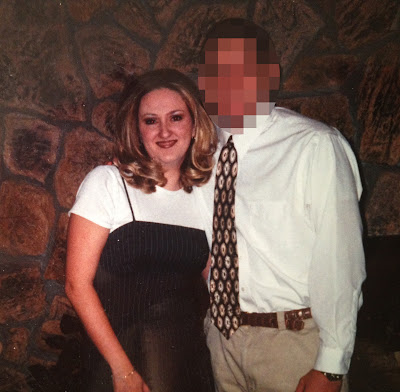 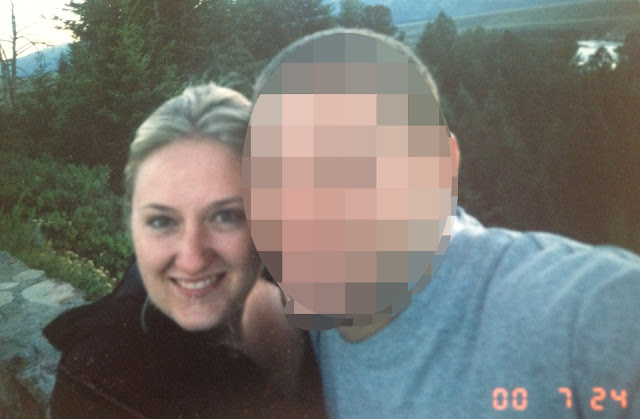 This was taken a few months later on vacation. Check out the date! I can’t believe this was almost 17 years ago! I wish I could have seen that natural makeup looks so much better than that paint I was plastering on my face for years!