If you are interested in joining the Love for 30 Project, please email me for all the details to guest post. [email protected]

If you don’t recognize this dialog, you can just stop reading. In the wake of the passing of iconic screenwriter for women of all ages, Nora Ephron, I can’t help but think of her when I think of my thirties and the decade of ages that it encompasses.

When I was 14 I heard that, “You are who you are by the time you are thirty-five.” That always stuck with me. Ephron’s Sally got to be who she was at age 32. Yes, I calculated out her ages throughout “When Harry Met Sally…” My twenties may have been filled with an obsession for this movie. But I wasn’t alone. My sophomore year roommate, who is still a great friend, and I made a “When Harry Met Sally…” Final Exam for it while studying for our actual finals in 1994. 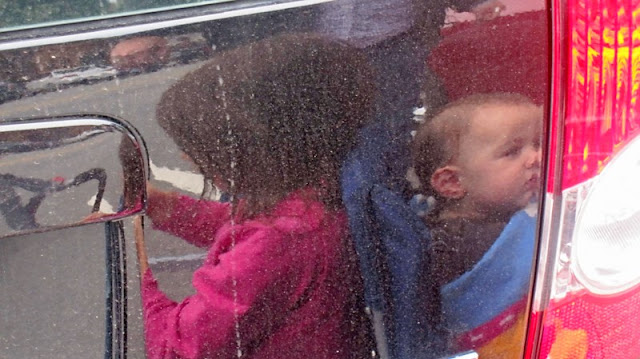 Watching this movie from age 14 through age 38, and throughout different stages in my life has been quite an experience. It’s never the same movie twice. When you’re getting married you look at the marriages in the movie more. When you are post break-up, those are the scenes that you are most in tune with.

You spend your whole twenties not wanting to be thirty, because you think all the good stuff happens then, but really it happens in your thirties. As a kid I had it in my head that I would be married by age 24. That was an old enough and mature enough age right? I met my husband at age 29, got engaged at 30, and got married just after I turned 31. I got to have my fun and mistakes and “learning experiences,” as they call them, in my twenties in order to be ready for the real deal in my thirties.

I remember when I was 9 ½, and my mom and some of her friends were starting to turn thirty. I used to make fun of my mom for being so old! Nice, I know. But really I knew she wasn’t, because she was always the youngest mom in my class by far. I remember one of her friends having a 1930s themed party for her thirtieth birthday, and thinking what a cool idea that was. I didn’t entirely know what the theme entailed, but I knew that pretty jewelry was involved.

Even as a kid, “Thirtysomething” always seemed like such a good show. Now there were real people with real lives and real issues. Thirty was when things happened. When kids were born, when jobs were lost and when married actors switched it up, playing opposite their real spouses as part of another couple.

At 28, friends started to complain of their old age and the impending age of 30. I used to say that it’s better to get to 30, and be at the low end of that age, than be an old 20-year-old. I don’t know if people agreed with me.

Now at 38, I find myself driving my Volvo station wagon through the East Bay in Northern California, with my two kids in the backseat, thinking about my synagogue board meetings, writing, and family vacations, with my husband as my partner through it all. I realize that your thirties really is when it gets good and real, and you are where you are because you got yourself there.

Rachel Teichman cooks, crafts and travels with her kids, and blogs about it at Tots and Plans and @totsandplans. She also writes about tasty treats, and edits the weekly family event calendar, for the SF Bay Area at Red Tricycle.