If you are interested in joining the Love For 30 Project, please email me!

Finding The Good In Goodbye

By my 30th birthday, life was nothing as I pictured that it would be. I didn’t have the husband, 2.5 kids and a picket fence. I was about to give up my career and life was closer to falling apart than looking like any sort of success. On the outside everything looked great, only people really close to me knew that I was beginning to crumble on the inside. I spent my birthday celebrating with friends as usual, smiles, laughs and good food. But what they didn’t know was that I had made a decision that morning that would change my life entirely. 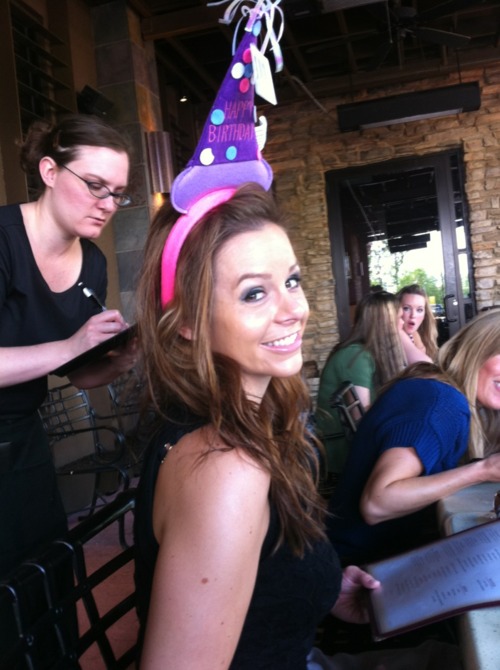 A month earlier I was packing for a trip to see my sister in, Paris, I was also handed separation papers from my husband. He had heard I was leaving the country and wanted to make sure this was taken care of, just in case. I knew it was coming; we had grown apart long ago. He was still the same man I married over 10 years ago; I was a different woman. But like any life-altering occasion, there is nothing to prepare you for the moment it actually happens. I was officially a failure. 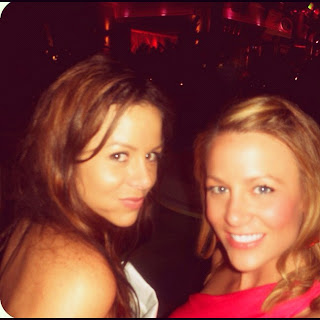 I spent the next two weeks traveling between Paris and Italy. Enjoying laughs and bonding over pizza and wine with my sister, running around the Eiffel Tower to start my day and ending it with a fresh baguette from the bakery below her apartment. I watched the Eiffel Tower sparkle every night from her window and it made me want to sparkle again. That trip made me realize that I wasn’t living the life I should be living. I experienced freedom and enjoyment in those two weeks in a way I hadn’t since I was a teenager.

I had lost myself somewhere in-between getting married and becoming a serious workaholic. I became a master of wearing masks. I could be whatever you wanted or needed me to be, but the real me? It was rare. April 2011 was one of the worst months of my life and at the end of it; I was to turn 30… awesome! Go out with a bang right? Everything else sucks; I might as well just get old too. My birthday was April 27th, I planned to leave on May 4th. I told almost nobody until May 3rd. The plan was to get away and re-group, come back in a few months after I figure out life. My mom was having health issues and I had siblings still living at home who were growing up not knowing their sister (I am the oldest of 7). It was a great excuse to pack up my life and go. So I packed 2 suitcases and boarded a plane, with my dog Jackson, from Richmond, VA to Seattle, WA. I never did return.

But it happened again, that feeling of failure. Even when you anticipate something, nothing can ever really prepare you for losing it all. Literally, life as I knew it was gone. Everything and everyone that I had known for the last 10 years was just… goner. How does that even happen? My job title was everything that defined me, I loved my brand new car, and I was leaving people that I loved. They needed me here. Didn’t they? It’s a harsh reality to realize that life goes on even when you’re not around. You find out who your friends are when you’re going through the valley. Who loves you for you and who loves you when you are who they want you to be.

A month after I had been staying with my family, I got an email from my sister. I’m leaving, Paris, pick me up on June 4th. What? Although I was sad for her, I was also excited to have my sister by my side and go through this together. We started our summer off in the most perfect way I could imagine. With laugher. Straight from the airport we headed to a Vince Vaughn (my absolute favorite actor, btw) comedy show, laughed until our belly’s ached and then laughed the entire night away with the cast and crew.

I spent the summer road tripping and making s’mores on the deck with my sister in the little town where we went to high school. Danced the night away with old friends, made dinner with my family and got to know my siblings. Things I hadn’t done in YEARS. Then, as life usually does, things didn’t go as planned. It became clear that going back to VA was not an option. Again, another moment that even though it was anticipated, I was not prepared for it to be official. My sister would be moving to Australia soon and here I am, stuck. What is going on? I was 30, divorced, jobless and living with mom and dad in the gloomiest part of the country of all places. Summer fun was over and I thought that my life was too.

I stuck around to spend the holidays with my family but I knew that come 2012 something had to change. I did not belong in Richmond, VA anymore, but I didn’t belong here either. Come February I got myself together. I bought a car that I paid cash for (talk about humbling, aren’t I supposed to be driving some super nice car at this age?) but it was mine and nobody could take it away from me. I packed up everything I owned, with Jackson in tow and headed for a new life in LA.

I’m starting over, but I know that I’m exactly where I’m meant to be. I’m happy and I’m finally chasing my dream. Becoming who I want to be not who others think I should be. I’m not defined by a title, my identity is finally what it’s supposed to be, ME. I’ve met amazing friends, got a great new job doing what I love (Personal Styling) and I’m loving life.

As I face my 31st birthday I think back and wow… what a difference a year makes! I realize now that I went through all of the stages of grief. I was bitter, angry and even depressed at times, but I knew that I had to press through it. Find the good in every moment of time. I allowed myself to feel every feeling and by doing so I was able to let go.

I wouldn’t change a thing about the year I have spent as a 30 year old. It refined me; I am a better person because of it. God had a plan, I just had to have faith even when it felt like there was no hope. When life knocks you down, you have two choices: to become a victim or to grow. I chose to grow. I chose to embrace 30 and boy am I glad that I did. I look forward to the years to come. I may be older but I no longer look at my age as a bad thing, it’s just a part of who I am.

I said goodbye to many things in the last year. My 20s, my comfort zone, my “identity” and my “friends”. But I found the GOOD in goodbye.